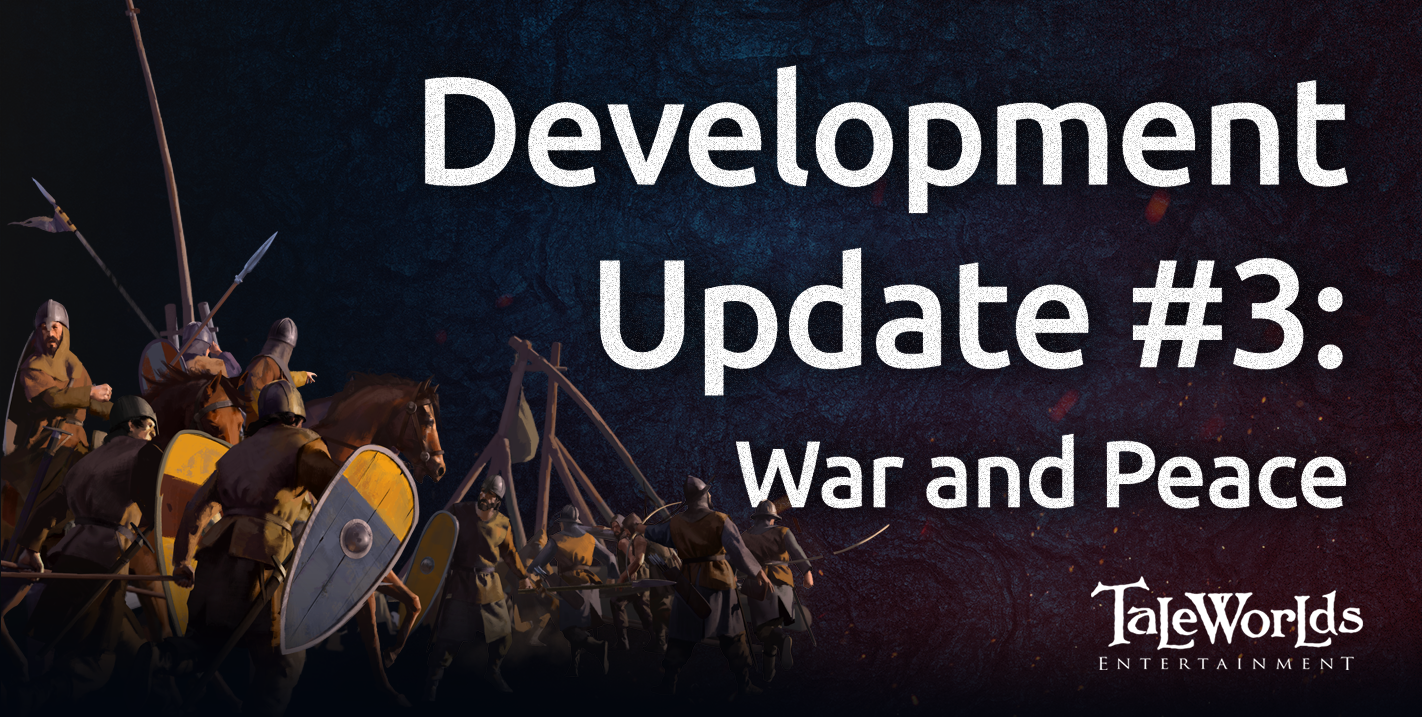 As always, a text version of the video can be found below!

We’re back again with another development update. This time, we’re taking a look at some of the recent changes that made it into 1.5 and 1.5.1.

We recently introduced some huge improvements to how the AI calculates and votes on war and peace decisions. This change looks to address some of the issues that led to snowballing; prevented factions from recovering once they were on the back foot; and in some cases, could lead to long periods of inactivity on the world map. Now, the AI tries to make much more logical decisions when it comes to voting on war and peace. To learn more about this, you can head on over to our forums where the developer that worked on it shared a detailed post explaining the changes: a link can be found in the description below.

No matter one's station in life, the Danse Macabre unites all. And now, this applies in Calradia too! From growing old and passing away peacefully, to being run down on the battlefield while still in one's prime, nobody is safe from Death’s embrace!

Companions can now be assigned to formations from the party screen. Once a battle begins, the companion will be assigned as the formation captain, providing formation-wide perk bonuses to their troops. If the captain dies or flees during battle, the next eligible companion in the same formation will take over as the new captain.

You can now keep track of your own clan parties and faction armies on the world map. A marker is automatically created for each clan party and faction army which you can choose to keep on screen at all times by clicking the small circle at the top of the marker.

Many of the clipping issues while using the first-person camera mode have been fixed, allowing you to become fully immersed when experiencing Calradia through the eyes of your avatar.

You can now keep track of encyclopedia entries by marking them as favourites. This will make the favourited items appear at the top of their respective lists.

Started courting? Getting a little tired of that shabby beard? Perhaps you want a new haircut to reflect your change in status? Well, it’s time to head to the new culture-specific barbers that can be found in the centre of each town to freshen up your look… for a small fee of course!

After visiting the barber, why not treat yourself to some new threads? This new light tunic features Slavic style patterns from Sturgia’s finest embroiderers.

A number of visual and gameplay changes have been made to the world map.

On the visual side, the geometry and texture details have been improved, visual problems with settlements have been resolved, and small details like roads and paths have been added to make the world look more realistic.

Gameplay-wise, pathfinding has been improved, some settlement placements have been moved, and some village production types have changed for balance and lore reasons.

Finally, we want to take a quick peek at a multiplayer update that is in the works. The replay system will allow players to save replays of their multiplayer matches. Right now, the system has basic functionality and is lacking some UI elements, but eventually, it will be similar to replay systems that can be found in other multiplayer games.

And that’s it for Development Update 3!

Thanks for watching! Leave a comment below to let us know what you think and we’ll see you next time.