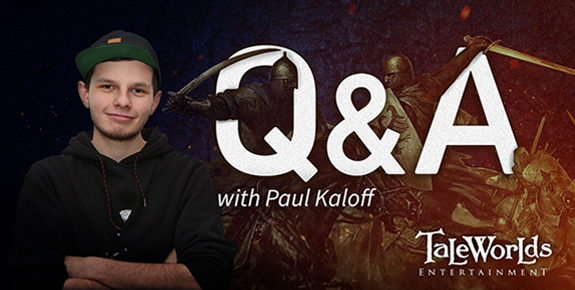 In a real-life battle, clever commanders will look for as many advantages as possible: they will try to get the high ground, outnumber their enemies, flank and surround them, strike by surprise… If they could do so, they would only engage battle when odds are overwhelmingly in their favour, so the battle ends even before it begins. Video games, on the other hand, are supposed to be fun – and for that, they need to be fair, especially in multiplayer. If you see yourself in a disadvantaged position, you should be there because of taking the wrong decisions, not because the game failed to find a balance where it’s the one with the best skills who win. In a game with deep gameplay, such as Mount & Blade II: Bannerlord, with so many different factions, troop types, weaponry, terrain, etc., finding that delicate balance is particularly tricky. Our level and game designers work hard to make battles as fair and fun as possible; today we talk with Level Designer and Assistant Game Designer, Paul Kaloff, to find out what he is doing for the game. By the way, if you think his name and face rings a bell, you’re right: you probably saw him in last Gamescom’s livestreams!


WHAT DO YOU NORMALLY DO DURING YOUR DAY?
“My usual day to day business involves creating and maintaining scenes for both singleplayer and multiplayer. Other than that, I work on the documentation of feature designs and the multiplayer balancing sheet, which is huge! I also became addicted to Turkish çay (black tea) since moving here, so you will usually see me with a cup of that at my desk.”

WHAT DO YOU LIKE THE MOST ABOUT BANNERLORD?
“Although the singleplayer portion of Bannerlord is shaping up to be a lot of fun, I’ve always been a multiplayer guy myself. I love the variety of the factions that we have and how differently they play. For the first match, I might be a Khuzait horse archer, shooting people in the back and then galloping away with a grin on my face, while for the second match I might be a Sturgian berserker, swinging my huge axe around in a melee encounter.”

WHAT'S THE MOST DIFFICULT THING THAT YOU SOLVED SO FAR, DURING THE PRODUCTION OF BANNERLORD?
“Tackling the task of balancing multiplayer. There is such a broad variety of weapons and different classes, each with their individual perks, that keeping them balanced can be quite challenging sometimes. Each faction, as well as, each class within that faction, should have their individual advantages and disadvantages, which need to be evaluated. It's certainly a buttery slope if you change one thing you affect basically everything else.

Although we have some great players in the office, the community will always perform better with certain playstyles or even find new ones. So we basically have to see into the future and do something we call ‘Metaprediction’, where we predict how a certain class will behave once it’s figured out by the community and then shape that class according to that and even think about possible counters.”

After the first paper concept, I jump into the editor and create a rough whitebox version of the level with measured lanes, for walking/riding distances to the ‘Point of Interest’ from the spawn. After that, I go on to making a more detailed whitebox version, where I focus a lot on getting angles and sizes correct.

Having the level as a whitebox makes it very convenient to do layout changes according to feedback from playtests. It also serves to save me time and restrict myself positively during the following skinning phase, where we replace the white boxes with actual assets and focus more on visual features.” 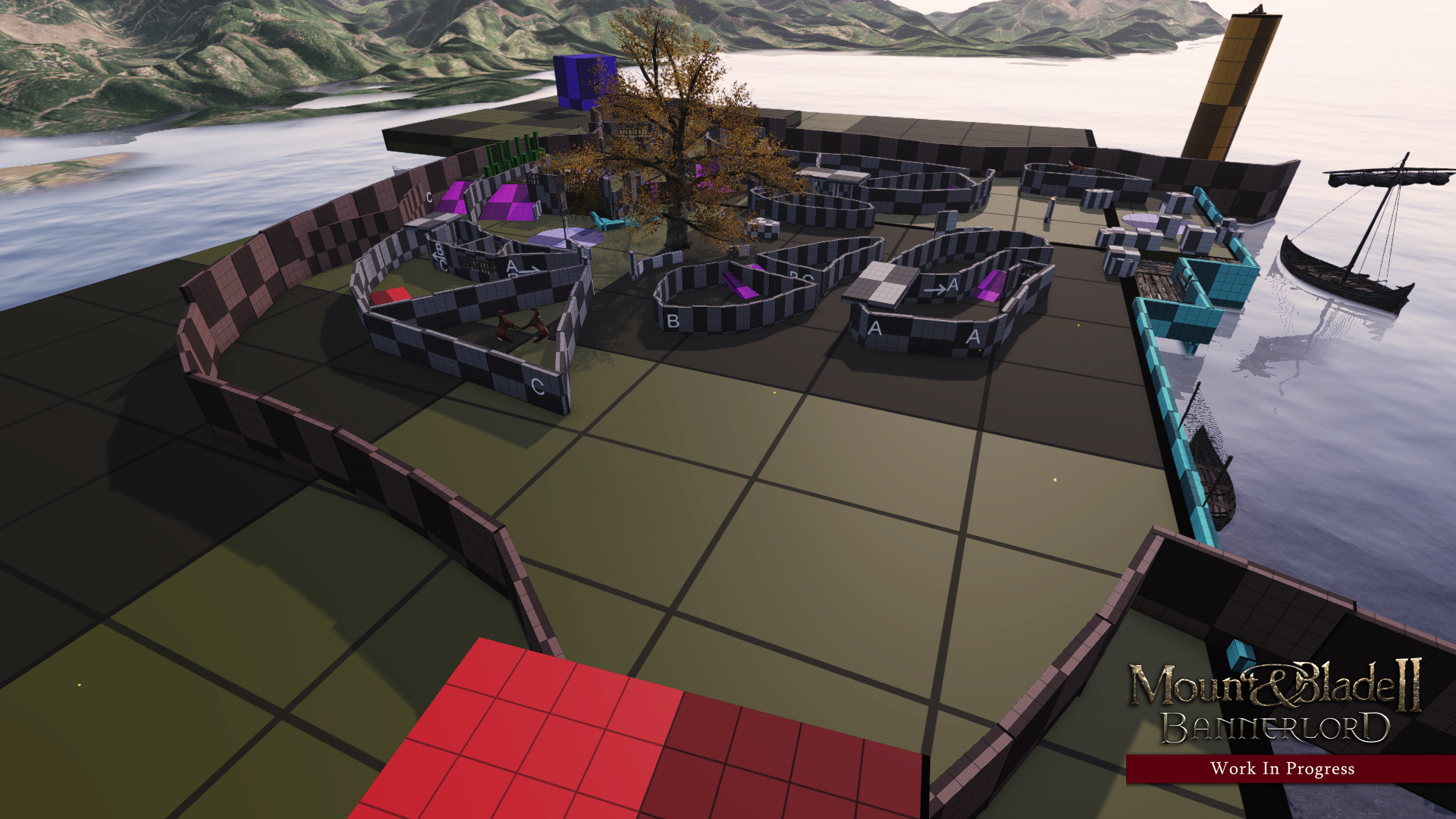 WHAT FACTION DO YOU LIKE THE MOST IN BANNERLORD?
“I really like Vlandia. They have this worn down medieval vibe to them, which I would expect from a European inspired faction in the “dark ages”. It's great fun to create scenes for them, but once you see a line of Vlandian knights, the ancestors of the mighty Swadian knights, charging at you, it becomes more of a love-hate relationship!”

ARE THE DIFFERENT FACTIONS BUILT TO BE VIABLE ACROSS DIFFERENT GAME MODES, OR ALL FACTIONS EVENLY MATCHED IN MOST CONTEXTS? FOR EXAMPLE, WOULD ONE FACTION PERFORM VERY WELL IN SIEGE, BUT BE NEXT-TO-USELESS IN AN OPEN FIELD MAP BECAUSE THEY HAVE POOR QUALITY CAVALRY?
“We are working on making factions as viable as possible in any scenario. The way we designed multiplayer gives us a lot of opportunities to make that happen. For each Troop Class, we have individual item loadouts, items perks, skill perks, and armour + speed values (more about that in the next question). This gives us a lot more screws to adjust if units under or over perform. A more specific example would be that for siege we have specific maps for factions to defend. So while Vlandia might have a very tight castle layout, a Khuzait castle would have a wide courtyard, perfect for horse archers, and ways to sally out easily and harass/skirmish the siege camp.

With all that said, we still want factions to play differently from each other. Factions will require players to change up their playstyle and strategic approaches in team-based modes.”

HOW SEVERE COMPARED TO WARBAND; WILL MOVEMENT PENALTIES FOR USING HEAVY ARMOUR/WEAPONS BE?
“As mentioned above, in multiplayer, we tie movement speeds to the class rather than weapon weights or armour. This enables us to, for example, make a berserker very agile, even though his weapon may be very heavy. Also, an important factor is that, unlike in Warband, we have a combat speed and a normal speed. This means that once you raise your weapon or block, you will slow down to a combat pace, which greatly reduced the amount of face-hugging going on and prevents players from constantly holding up their shield and turtling in combat. These speeds, as well as, the acceleration can also be set for each individual multiplayer class, giving designers (and eventually modders) an easy way to create unique classes without having the hassle to cross balance the weights of the armours for every small change.”

Join the conversation and comment on the forums! (173 comments)