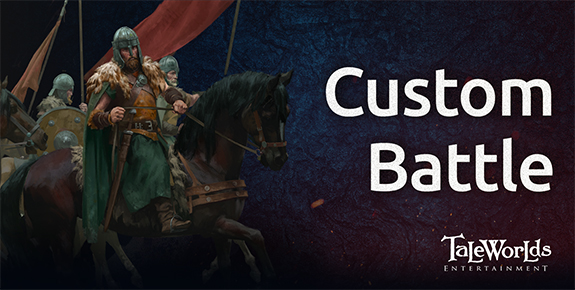 In Mount & Blade games, no matter how cunning you are, eventually you will be forced to take to the field of battle in unfavourable conditions. However, in Bannerlord, battles aren’t a simple numbers game. With the right units and tactics, encounters that seem hopeless can be turned to your advantage. But, a wise commander wouldn’t throw away the lives of their troops as part of a learning experience; they would do everything in their power to increase their chances of success by improving their tactical knowhow.

The Custom Battle feature allows players to do just that -- in a safe, controlled, and highly customisable environment!

Custom Battles let players dive straight in and experience Bannerlord’s huge and epic battles without having to progress through the sandbox campaign. You might want to test out which troop type is most effective against those pesky Khuzait horse archers, or perhaps you would like to test some different methods of assault against that Aserai castle which has been causing you some issues in the sandbox campaign, or maybe you just have ten minutes to spare and want to get a quick Bannerlord fix. Whatever the case may be, you can create a custom battle or siege using your own parameters and go into action.

We have tried to make practically every aspect customisable so that you can play around to your heart’s content and thoroughly test different aspects of Bannerlord’s battle and siege systems. Each of the game’s factions are available to choose from, and players are given full control over the size and composition of each army. You can choose whether to attack or defend and which map the battle will be played on. You can even select which season you would like to play the battle in.

In siege, you have the ability to select the level of the castle (tiers 1-3), the strength of the walls, the siege engines available in the battle, as well as, the tactics which both the attacker and defender will use (including sallying out).

You can play as either the commander of an army or as a captain under the command of an AI leader. Commanders for each army are chosen from a selection of pre-made characters, each having their own personality and tactical skill level, so two separate battles using the same army compositions on the same map, but with different leaders, could play out completely differently.

Overall, we think that Custom Battle is both a fun and useful feature that players will find a number of different uses for. 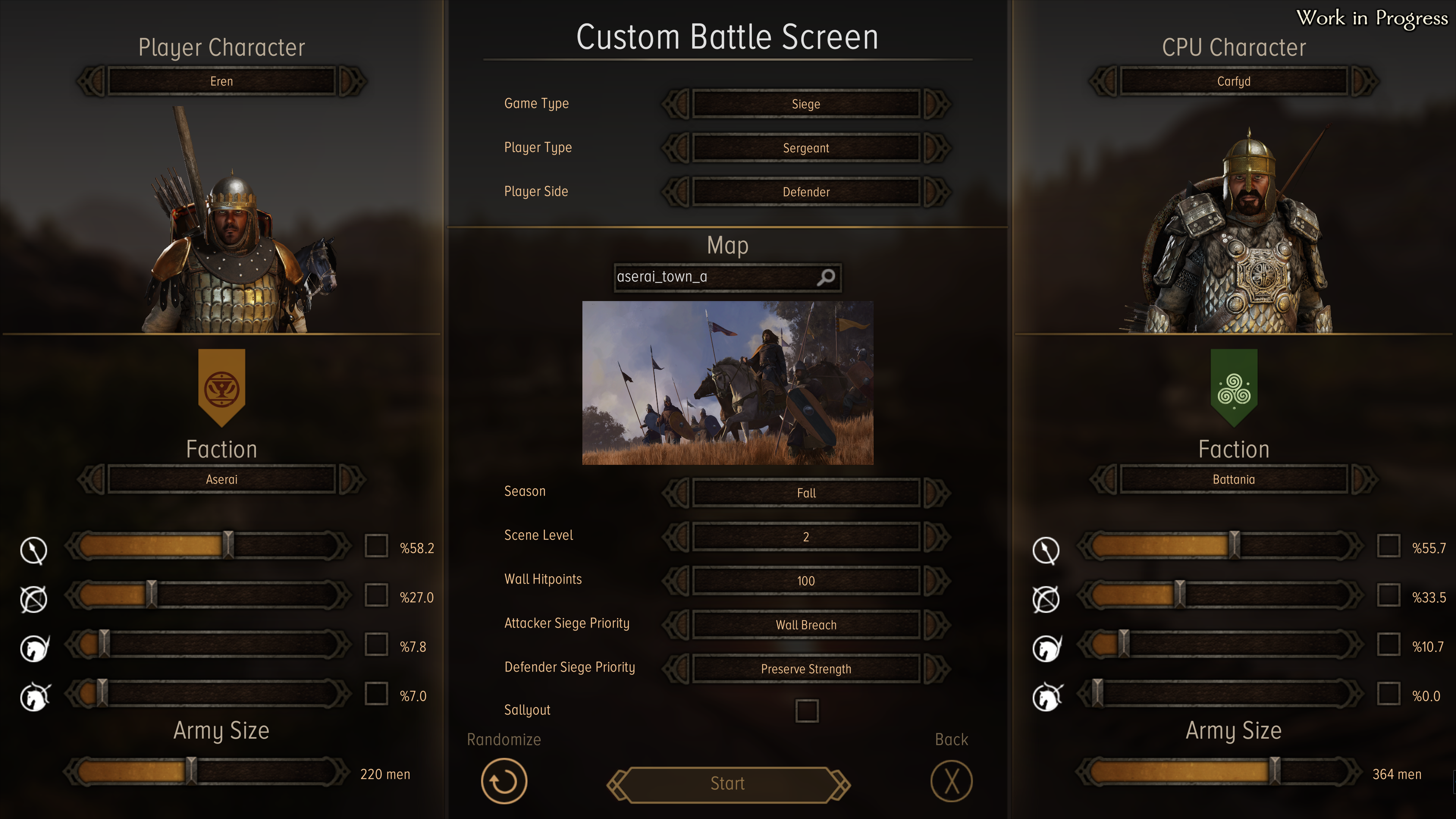 In next week’s blog, we will talk with Audio Director, Ugurcan Orcun. If you have any questions you would like to ask him, please leave a reply in the comments and we will pick one out for him to answer!

Join the conversation and comment on the forums! (169 comments)