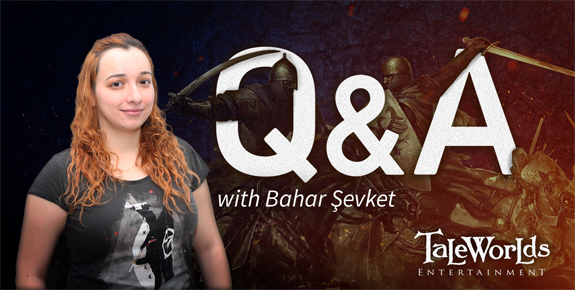 Over the course of the past few months, one of the most commented features that we have shown in this dev blog is the use of siege engines when someone is trying to take a castle by storm -- but we didn't really go into much detail about how they work. In this week's entry of our blog, we talk with Bahar Şevket, one of our gameplay programmers, who is currently working on new mechanics for that particular area of the game and can give us some interesting insights on how siege engines will be integrated into Mount & Blade II: Bannerlord.


WHAT DO YOU NORMALLY DO DURING YOUR DAY?
“My day starts with a stand-up meeting of the team in the morning. Every member of the team gets the rest of us up to speed on their current tasks; what they are doing, their progress on their current issues, etc. We work closely with designers and some other teams, such as UI and QA, so it is not uncommon to have people from those teams in the morning meetings. After that, I continue working on the tasks I have at hand. I have worked on various single player features throughout my time at TaleWorlds: conversations, game menus, alley missions, siege engines, quests (my favourite!) and many more moddable campaign behaviours. I also want to mention that we focused on making the town/village life more realistic and rich. We added different kinds of NPCs with different kinds of behaviours, animations and quests. I think that Calradia is a much more vibrant world now!” 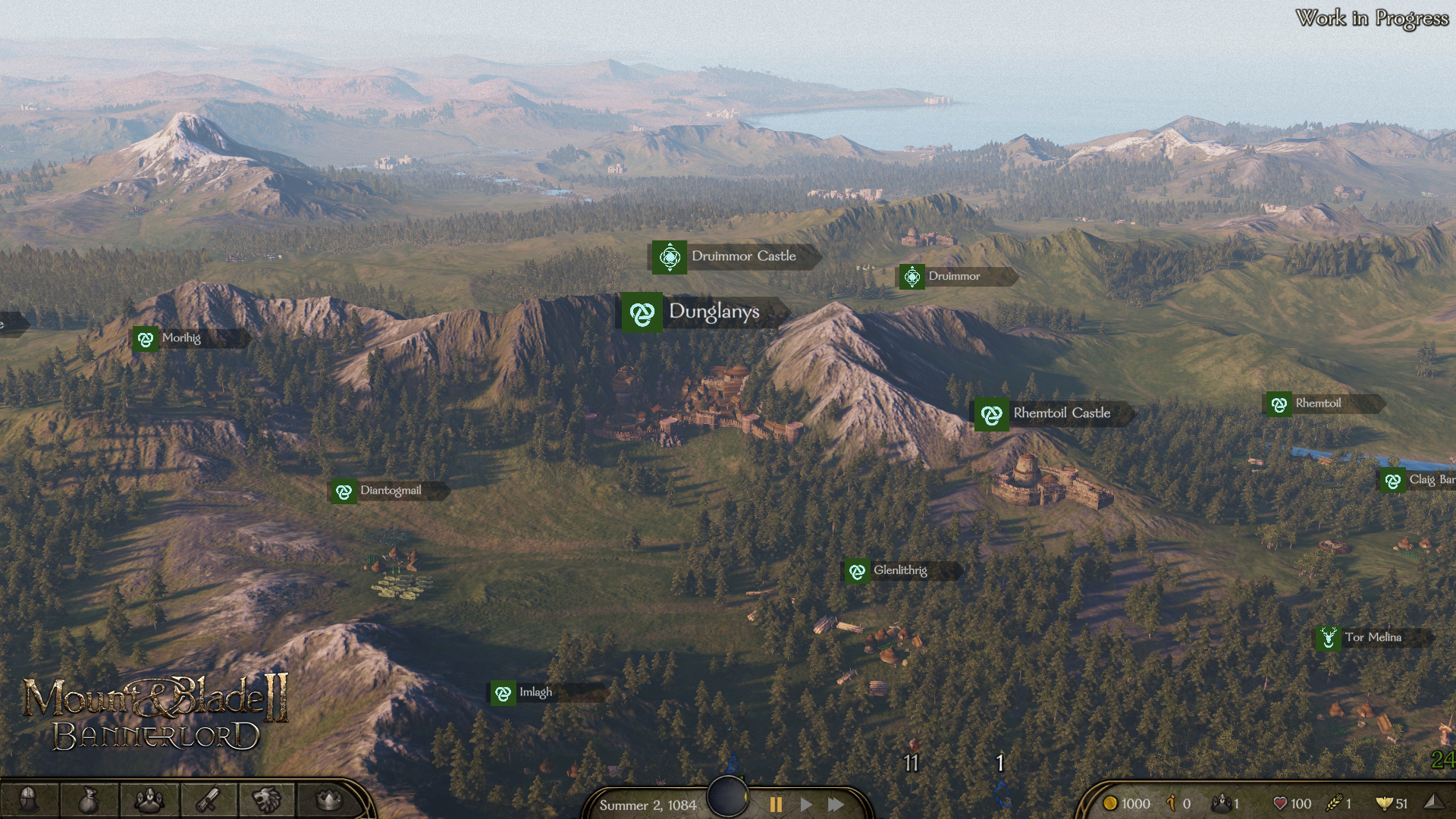 WHAT DO YOU LIKE THE MOST ABOUT BANNERLORD?
“I like the fact that it has a unique gameplay feature that the rest of the game is built around. You play as your own character while commanding an entire army. It is one of few, if not the only game that you get to roleplay as a real commander. You don’t control your troops as you would typically do in a strategy game with a god-like view. Instead, you are alongside your soldiers on the battlefield. You get to fight, yell commands at your soldiers, ride your horse and chase your enemies. While we’re at it, the combat mechanics are not these scripted, fantastic, ninja-like animations, but are rather close to combat in real life. I think that also helps to create an immersion of a real-life medieval battle.”

WHAT'S THE MOST DIFFICULT THING THAT YOU SOLVED SO FAR, DURING THE PRODUCTION OF BANNERLORD?
“Well, my response to this one is not a one-off task that I solved once and was done with. What I find most challenging is the effort of making the game easily moddable, which requires continuous and constant caution. I am working mostly on the single-player campaign portion of the game, and we are well aware of how much our community enjoys creating awesome and varied mods for the campaign. That’s why we put a lot of effort into making Bannerlord better in terms of moddablity. We are using C# as the scripting language in Bannerlord. And I hope that this choice will benefit our modding community because it is highly user-friendly and is an object-oriented language. I don’t think going too deep into the technical details right now is a good idea, but simply put, after adding a new feature, we always analyse if it should be something that is moddable. If it is deemed to be a moddable feature, we add corresponding interfaces and maintain our default implementation in order to create room for moddable behaviour.”

WHAT DO YOU CURRENTLY WORK ON?
“Right now, I’m working on siege preparation on the campaign map. As you may have noticed, we introduced a variety of siege weapons that can be utilised during siege battles. Both the player and AI armies can build these engines before their assault.

I should mention that we recently made some changes to our siege preparation. Previously, a player who besieged a castle had to select what they wanted to build from a number of engines, one by one. Recently, however, we introduced a new tactics feature. Now, the player will select one of the siege tactics available and will get a preloaded waiting list for siege engines that are useful to the selected tactic. The player will be able to start the bombardment as soon as any machine is finished and will be able to start damaging the defences of the town/castle even before starting the siege mission (battle). The tactic can be changed at any point during the waiting time, based on the defender’s tactic, or any other events occurring in the world at that moment.”

WHAT FACTION DO YOU LIKE THE MOST IN BANNERLORD?
“My favourite faction is Battania. Having drawn inspiration from the Celts, their culture has a strong connection with nature. Everything about the faction, such as its architecture, the colours of their banners, and their clothing and armours, make me feel that these people love forests, and nature in general. If I were living in medieval Calradia, I would definitely want to live in Battania!” 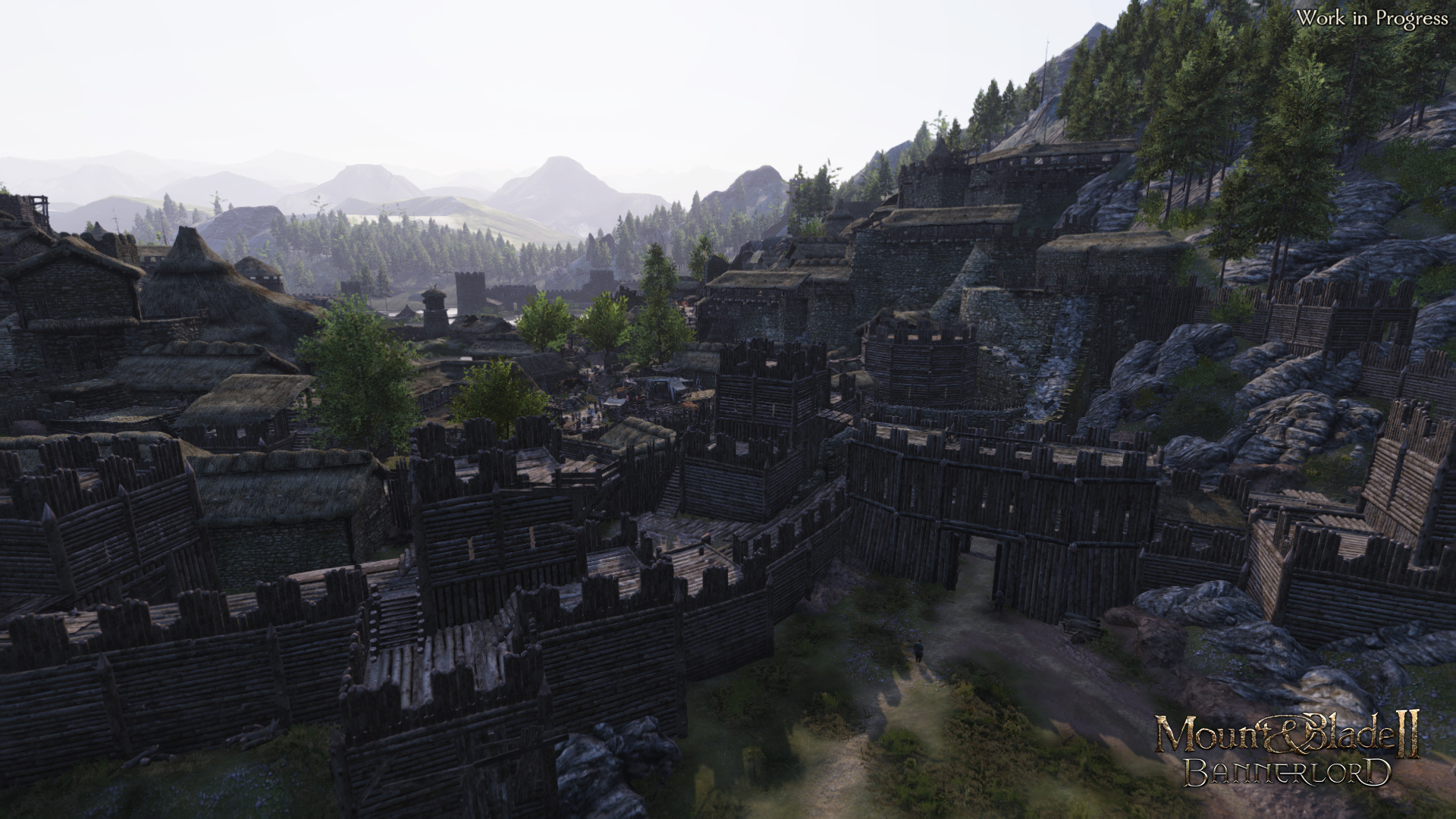 WILL THERE BE MORE REASONS FOR PLAYERS TO ENTER SETTLEMENTS OTHER THAN TO JUST EXPLORE THEM?
“We are currently working on something we call settlement issues. They represent conflicts in a settlement between NPCs, or general problems that may arise. These events will pop up randomly during the game and they will affect the properties of a settlement (prosperity, morale, etc.).

The player will have to find a solution to that problem in a specific timeframe using whatever means they can. Issues may lead to different quests or may encourage players to make changes to their current management style.”

Join the conversation and comment on the forums! (142 comments)