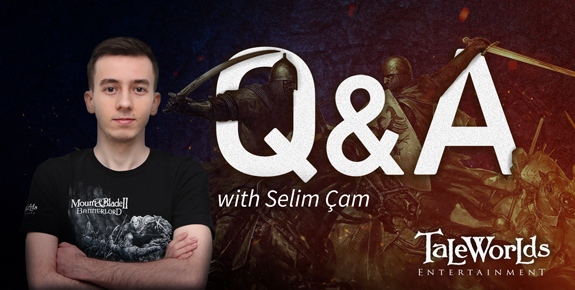 In video games, game design must come first. It doesn’t matter if a game has awe-inspiring art or wonderful writing if its gameplay is clunky, repetitive or downright boring. In Mount & Blade II: Bannerlord, game design is king too – we want it to be as open, full of possibilities, dynamic, and engaging as a sandbox can possibly be. But that doesn’t mean anything if you can't make game designers’ ideas come true. Gameplay programmers take care of that: they turn ideas into reality, creating game systems by implementing game features in the actual game. That takes understanding the feature itself by heart as well as writing the code to make it work as it was designed. Today we talk with Selim Çam, one of our gameplay programmers, to find out what he’s working on for the single-player campaign of Bannerlord.


WHAT DO YOU NORMALLY DO DURING YOUR DAY?
“As a Gameplay Programmer on the Campaign Team, my role involves designing and implementing various gameplay features, such as quests, character perks, kingdom decisions, the barter system and so forth. Some tasks require elaborate design meetings to discuss the feature thoroughly, so I spend some of my time attending the meetings if we are having any.

When the game design is decided, the code needs to be designed as well, to define and clarify how it will work. I try to ensure that it meets the specifications of the game design while still maintaining our internal programming paradigms. At this point, if the current design is deemed not feasible, we try to come up with a better solution by making changes. Once I have a clear view of the design, I start programming the feature, which makes up the majority of my time.

For major features, I often discuss the code structure with my team lead where we exchange ideas and try to get a better view of the feature.

Also, throughout the day, the QA Team reports bugs that they've encountered while testing the game. If it is something related to the campaign side and I'm available, I take a look to debug and fix the issue. Sometimes it takes many trips between the QA and Campaign rooms in quick succession. It can be exhausting from time to time but I enjoy the rush!” 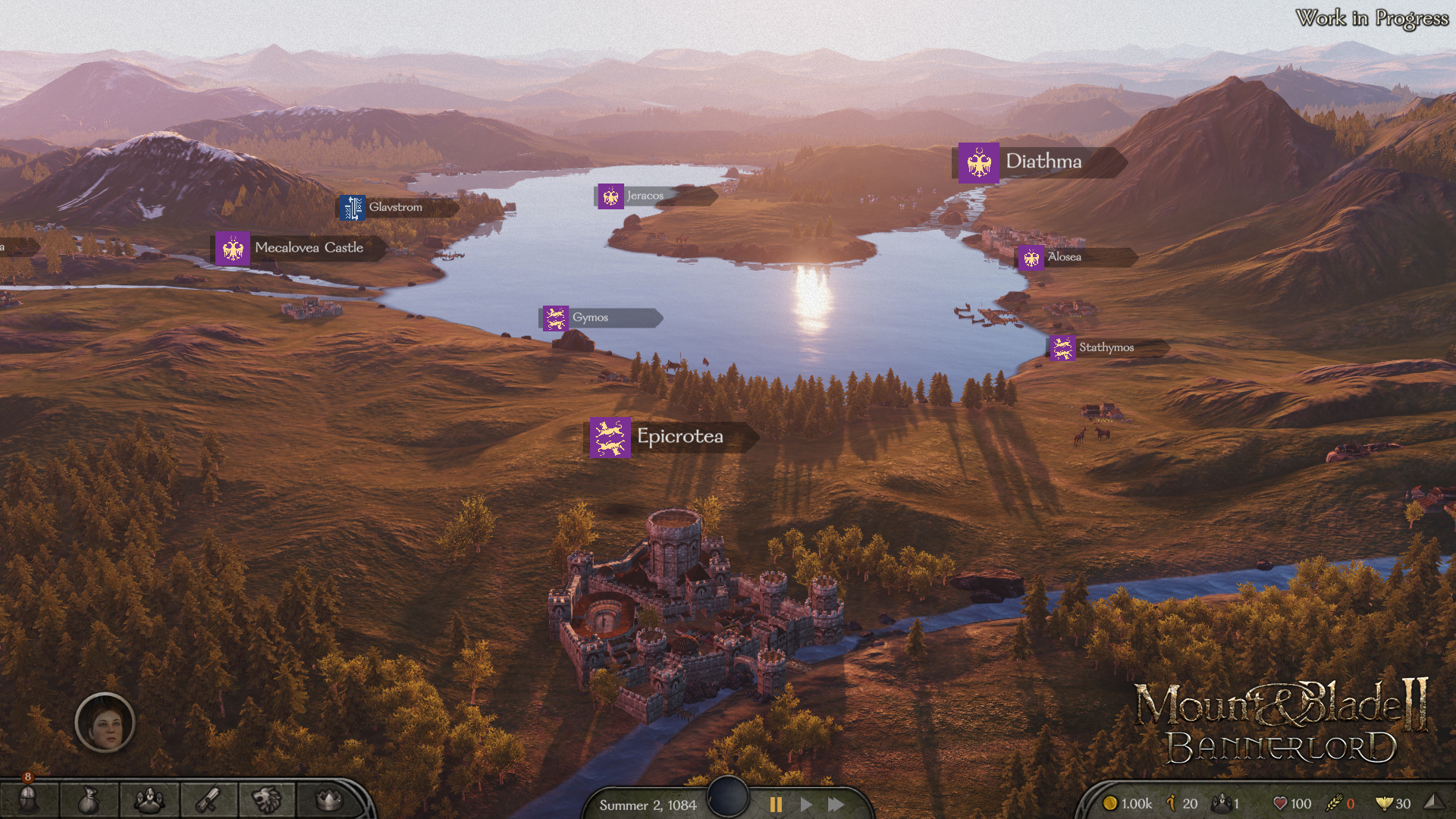 WHAT DO YOU LIKE THE MOST ABOUT BANNERLORD?
“I really like the fact that the game presents a sandbox environment to the players in which they are free to choose their path, whether it's fulfilling the fantasy of becoming a king leading vast numbers of men or being a prominent merchant that controls the economy of the realm.”

WHAT'S THE MOST DIFFICULT THING THAT YOU SOLVED SO FAR, DURING THE PRODUCTION OF BANNERLORD?
“In Bannerlord, we are essentially creating a living medieval world in which parties travel from one settlement to another, raid settlements, buy and sell goods, lay sieges and all sorts of things that you would expect them to do. When that's the case, it can be daunting to track down a bug with unknown origins. Also, the trickiest bugs are not always easily recreated due to their indeterministic nature.

One time, the QA Team encountered a caravan party that decided to lay siege on a settlement... while it was inside! Caravans shouldn’t be able to lay siege at all, and they most definitely shouldn't be able to attack a settlement that they are inside of. Nothing made sense!

Luckily we had a way to recreate the bug easily. But that was the only easy part. I remember tracking every step of the involved parties, frame by frame, to find out what caused the issue. Turns out it wasn't that hard to fix, but it sure took enough time!”

WHAT DO YOU CURRENTLY WORK ON?
“Currently my main focus is on the Children feature we've recently announced. To be more specific, the transition of babies into childhood and children into adulthood, where they will be positioned, how the player will interact with them etc. Besides that, I'm doing some adjustments to the Barter feature.” 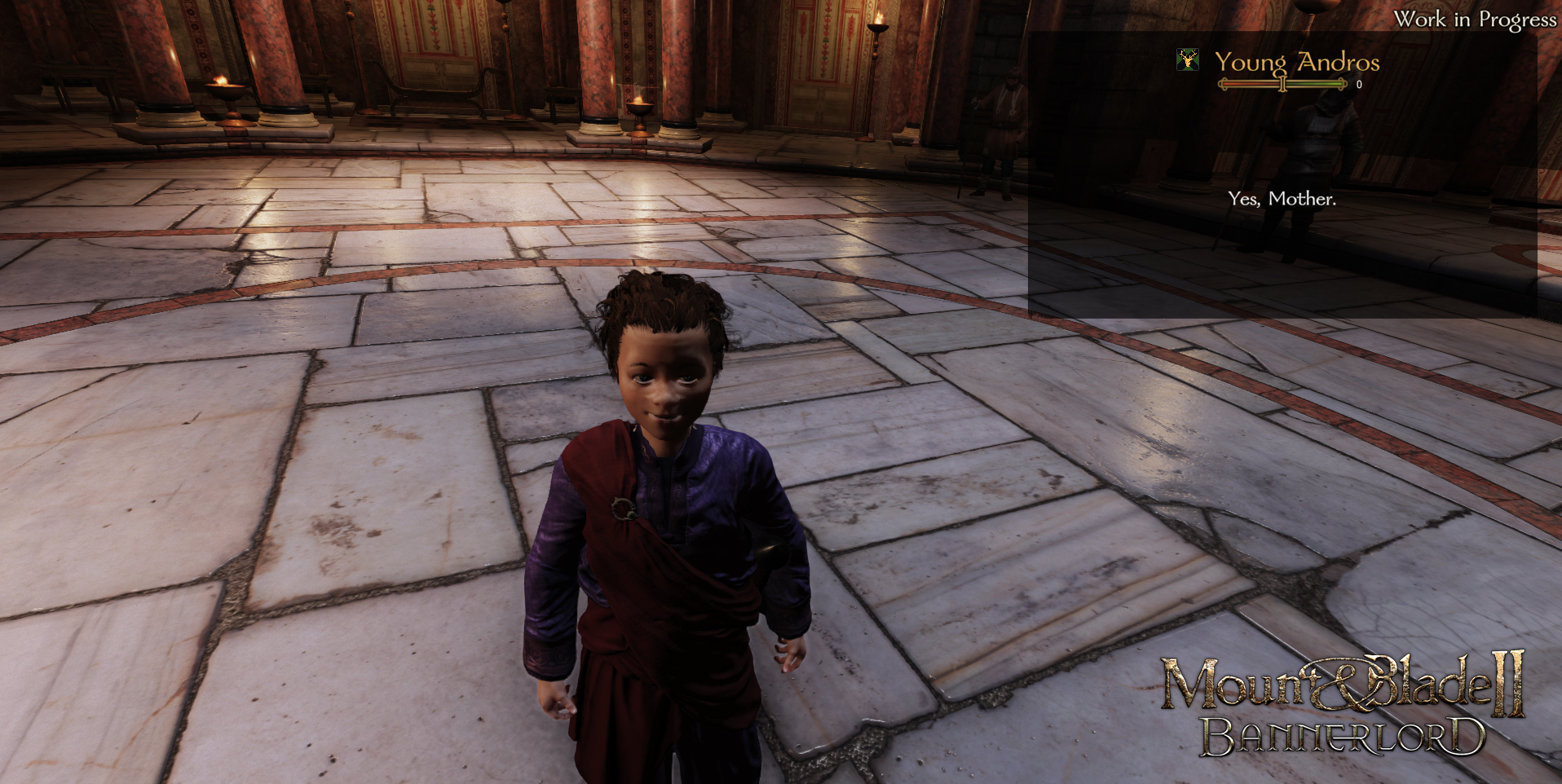 WHAT FACTION DO YOU LIKE THE MOST IN BANNERLORD?
“I've always had an affection for Battania since they remind me of the Gauls and I'm a big fan of Asterix!” 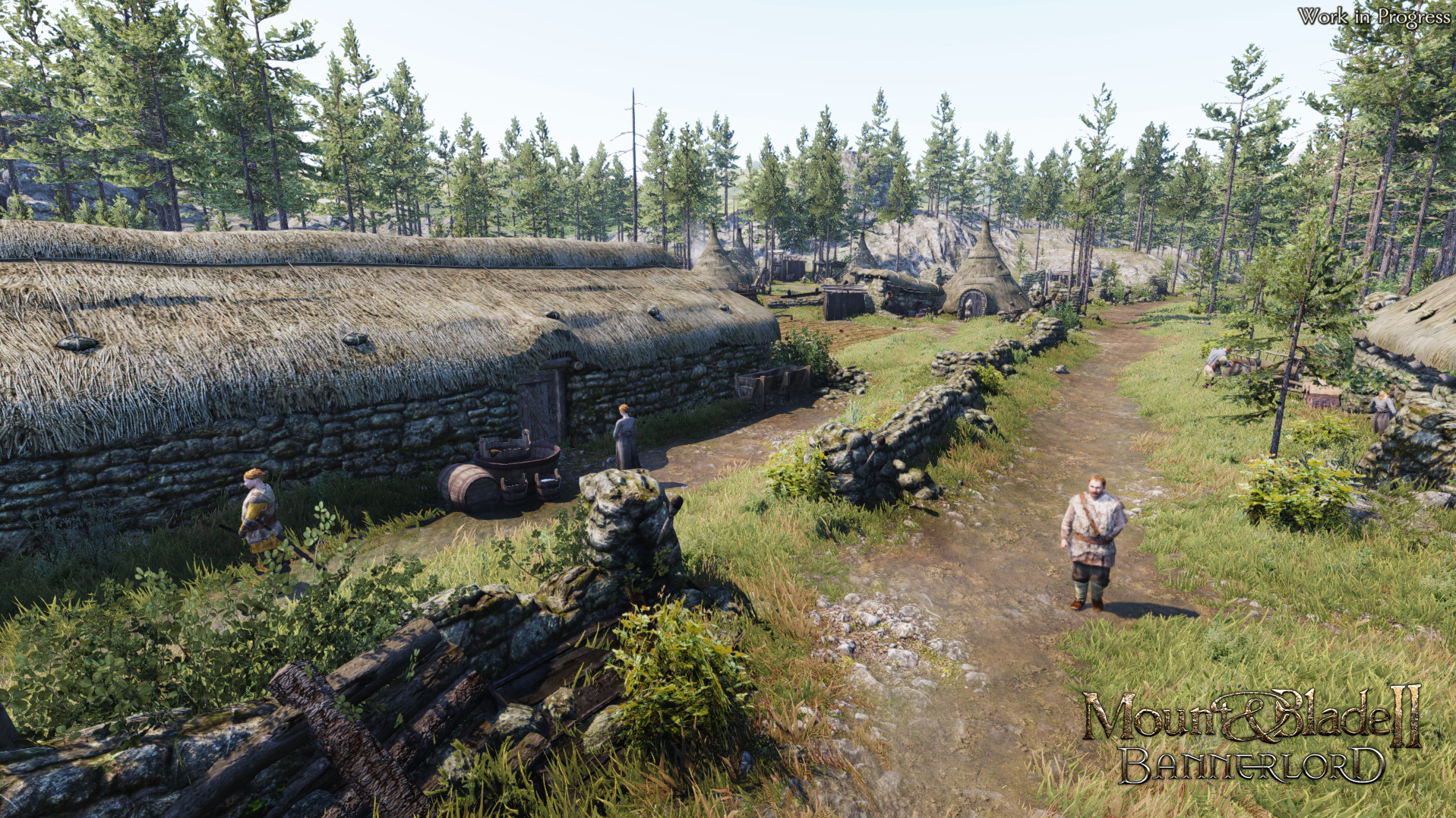 ARE THERE ANY STRANGE OR FUNNY BUGS THAT YOU ARE CURRENTLY DEALING WITH?
“Absolutely! While the children were being implemented into the game, the work-in-progress build turned some of the townsfolk into tiny kids with full body armour and battle equipment. It was hilarious watching them walk around with shields twice their size and their tiny arms carrying gigantic spears. We shared a good laugh with the team.” 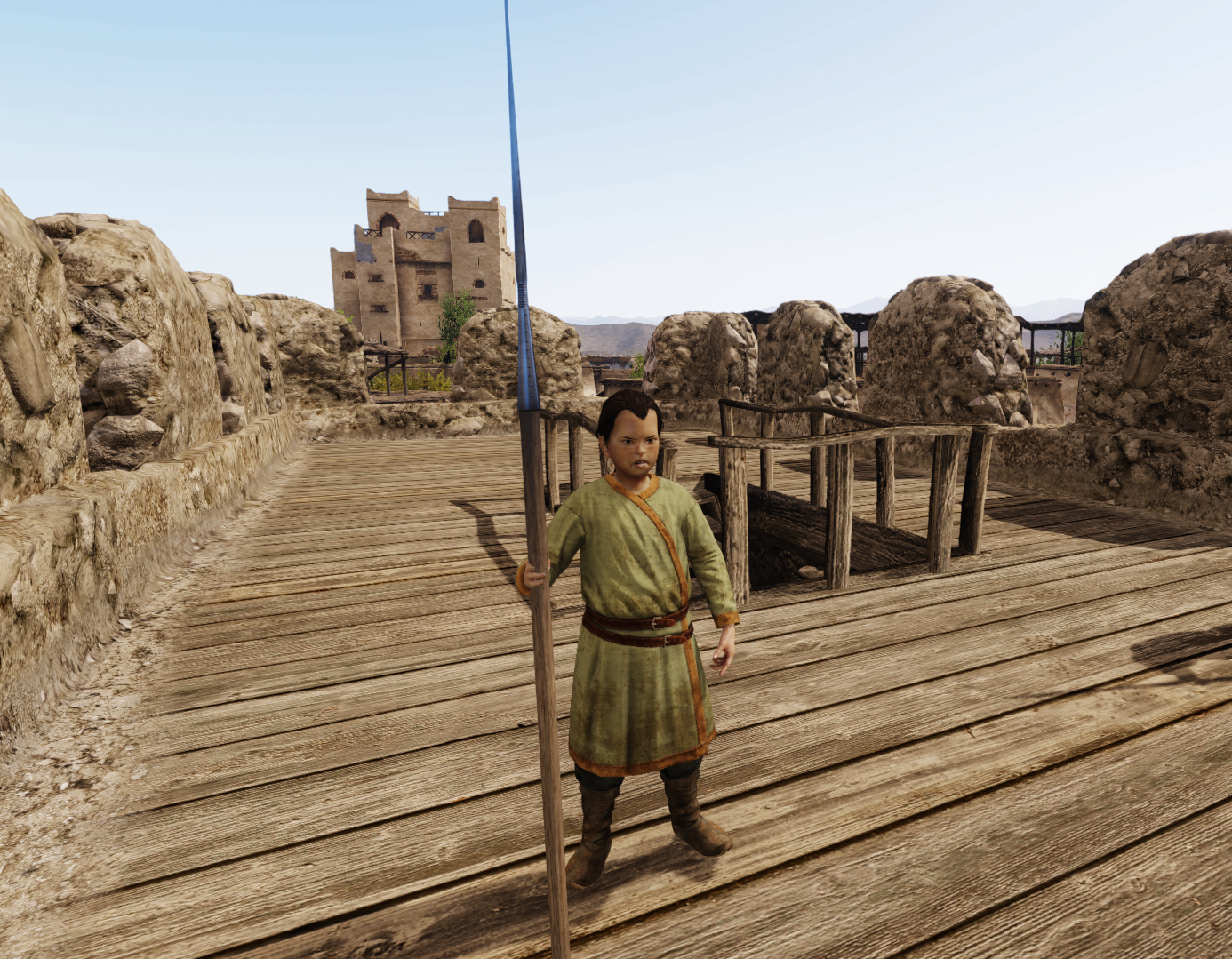 HOW LINEAR WILL THE CAMPAIGN BE? HOW MUCH FREEDOM WILL WE HAVE TO MAKE CHOICES THAT AFFECT THE WORLD?
“For a medieval game that fuses elements of strategy and action RPG gameplay, the campaign is as non-linear as it can get. Players are completely free to choose their own actions. The game does not force you into a fixed path. You can do any quest that you find enjoyable. If you are not really into fighting, you can play more like a trader than a warrior, establishing productive enterprises, sending out caravans and proposing kingdom policies that support merchants etc. If you are more of a warrior, you can amass a colossal army and conquer the whole realm. You decide who you’ll marry, how your clan will persist through generations and which child of yours will inherit your legacy.

Since there are no exact ways to play the campaign, each player will experience Bannerlord uniquely, which is what we all love about the Mount & Blade series.”