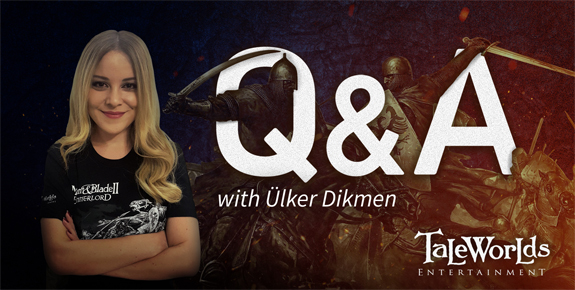 3D artists give shape to the world we see and experience in a video game. But the devil is in the details, and sometimes what makes a game live and breathe are the small things: not the main characters and impressive buildings, but day-to-day objects such as tools, weapons, and clothes. Gameplay can be as immersive as can be to make you feel like a medieval warrior, but if you’re clothed in sweatpants and the world around you is made of cardboard, immersion jumps out of the window. Today, we talk with one of our 3D artists, Ülker Dikmen, who is one of the people responsible for making Mount & Blade II: Bannerlord not just beautiful, but also a believable world.


WHAT DO YOU NORMALLY DO DURING YOUR DAY?
“When I first started working at TaleWorlds back at the beginning of 2012, my job was to create a default character head and its morphs to allow players customise their characters in the character screen. Later, I started modelling hair and clothes and other character parts.

Nowadays, I mostly make clothes (especially for the women of Calradia!). Before I start a new costume, my team leader Özgür and I discuss what kind of an outfit is needed and then I roll my sleeves up for the serious business of making medieval fashion pieces! I start off in Marvelous Designer, where I draw sewing patterns and turn them into realistic-looking clothes. Then I move to ZBrush, where I add details like laces and stitches. After I complete the low poly version of the dress in TopoGun, the task of skinning and vertex painting for the cloth simulation begins. Once it's all done I import the costume into the game and check if everything works well.” 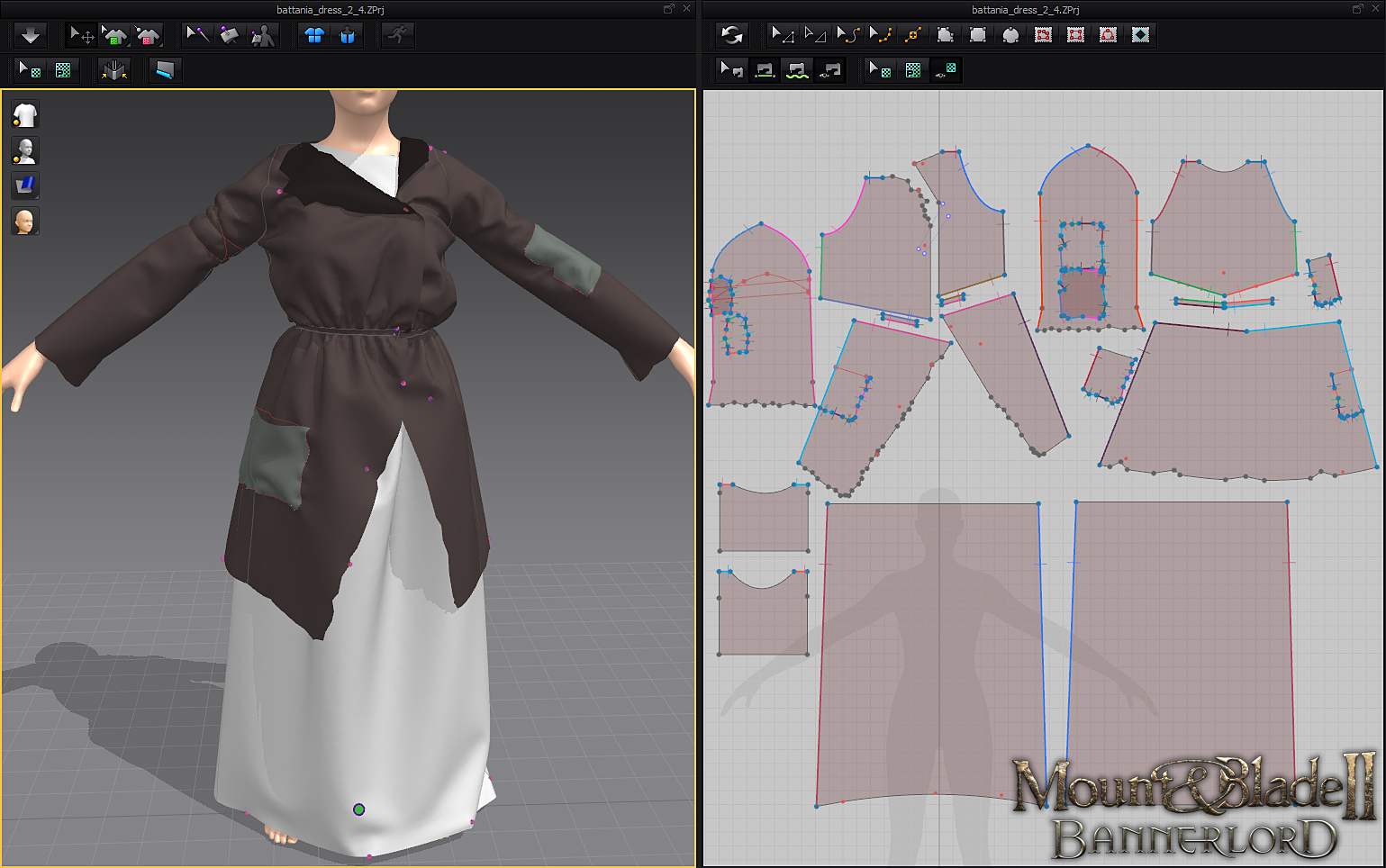 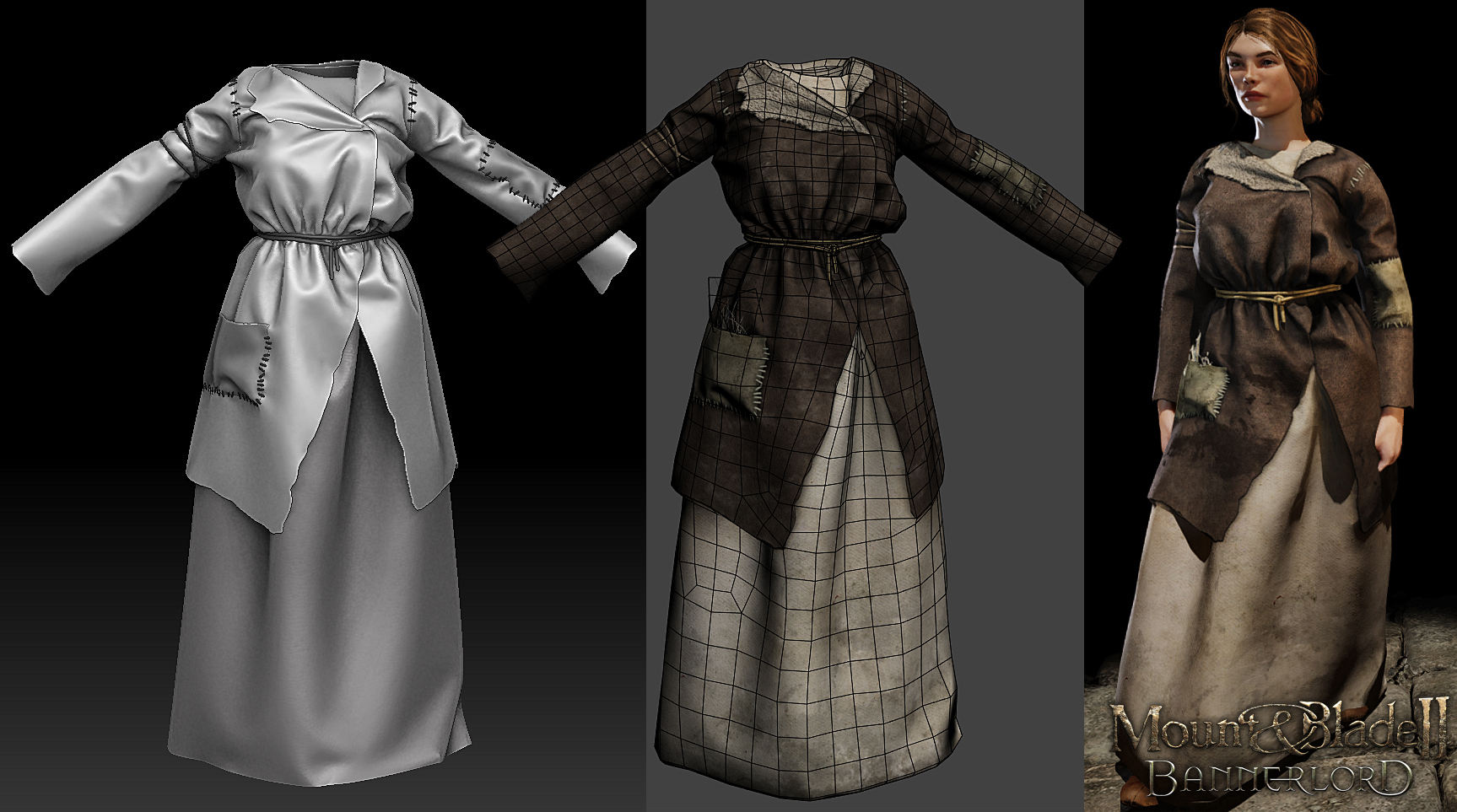 WHAT DO YOU LIKE THE MOST ABOUT BANNERLORD?
“I think it's not surprising that as an artist I like the beautiful graphics of the game the most. My favourite part though would have to be the character screen, where I could spend hours making my perfect character. I also enjoy walking in the beautiful villages and cities and hanging out in the tavern where I can enjoy medieval music.”

WHAT DO YOU CURRENTLY WORK ON?
“I’m editing my old costume meshes so that they work nicely with the cloth simulation (at the time I made those meshes we didn’t have cloth simulation so they need a bit of editing now).”

WHAT FACTION DO YOU LIKE THE MOST IN BANNERLORD?
“Battania! Mostly because I love their shabby clothes and the dark and misty atmosphere of their settlements. Also, because blanket in Turkish is "battaniye", which evokes a cosy feeling!” 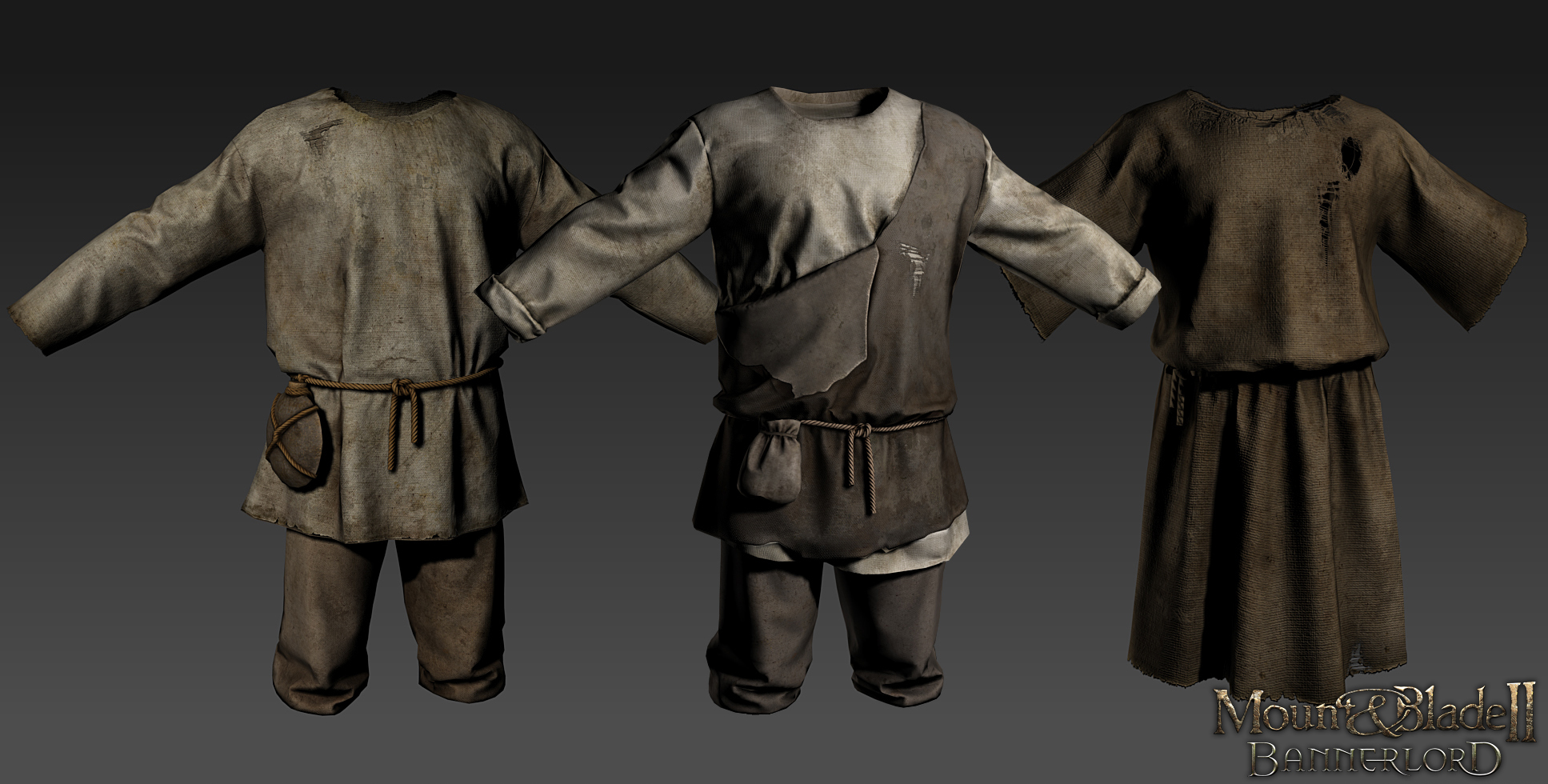 CAN YOU GIVE US SOME DETAILS ABOUT THE CHARACTER CREATOR? HOW MUCH CONTROL AND CREATIVE FREEDOM DO WE HAVE? (FOR EXAMPLE, CAN WE CHANGE THE HEIGHT AND WEIGHT OF OUR CHARACTER?)
“The character creator gives the player absolute control over how their character will look. We have body type sliders to set the weight, build and height of the character. There are lots of skin, eye and hair colour options, and of course, lots and lots of face morphs to let you create your perfect character.”

WHAT IS THE MOST ENJOYABLE/EXCITING ASSET YOU HAVE WORKED ON? WHICH ASSET DID YOU HAVE THE LEAST AMOUNT OF FUN CREATING?
“I love making tattered and dirty clothes because I enjoy experiencing a depressingly dull and bleak atmosphere in games. Creating assets like this really excites me and makes my imagination run wild. Creating the character hair was my least favourite task because it’s very difficult and time-consuming to make a hair mesh look natural and beautiful.”

WHERE DO YOU DRAW YOUR INSPIRATION FROM?
“I draw much of my inspiration from medieval TV shows and movies. We also have a large collection of medieval history books here at TaleWorlds which I check out when I lack inspiration.”

Join the conversation and comment on the forums! (167 comments)