Hi, all! For our seventh installment of the Bannerlord developer blogpost, we'd like to talk a little about our plans for factions, and how this fits into our evolving thinking about Mount&Blade as a sandbox game.

Warband's factions were based on existing medieval societies. We added a few in-game details about their backgrounds, but we didn't try to create an over-arching story. The factions' semi-historical nature meant players could use their imaginations and historical knowledge to fill in the details of these societies and make their own stories -- as we saw in many great AARs. A player who liked the Vikings, for example, might have chosen to fight for the Nords, maybe even model the character on a fictional or historical Norse warrior. However, many players felt Mount&Blade would be more immersive if the factions had more background and the game had an emotionally grabbing narrative hook, so we're going to try do that while still keeping the sandbox spirit. 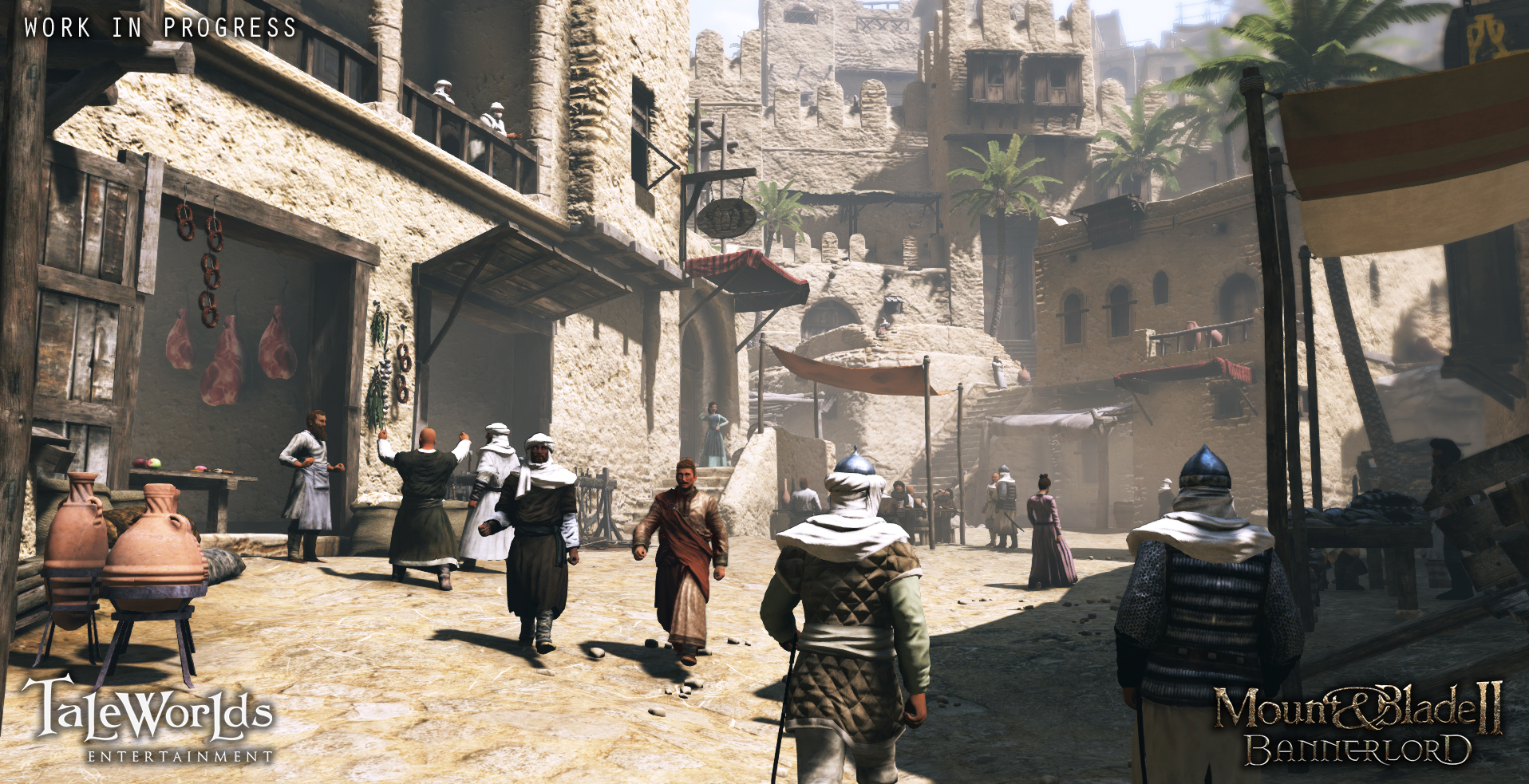 Bannerlord is set 200 years before Warband. Players who followed Warband's lore will recall that Calradia was once an empire, which declined and was supplanted by successor states -- tribal confederations-turned-kingdoms -- much as the Western Roman Empire was supplanted by early medieval states. Bannerlord lets you join those rising kingdoms at an early stage in their development, and it also lets you join the Empire. Weapons, armor, clothes and architecture should date from around 600 to 1100 AD, rather than the 13th century. There's the Vlandians, a tribe whose chieftains have become feudal lords and are renowned for their skills as heavy cavalry. There's the Sturgians, who colonized the forests of the north and specialize in axe- and sword-armed footmen. The Aserai live in the scrubland and desert oases of the south and fight on both horseback and foot. The Khuzaits, a steppe tribe that conquered the trading cities of the east, make heavy use of horse archers. The Battanians meanwhile are skilled in exploiting their native woodlands, and are deadly in ambushes, be it a shower of arrows or a screaming charge out of the trees. The Empire has spent generations honing the arts of combined-arms warfare, with cataphracts, spear formations, and archers all doing their part on the battlefield. 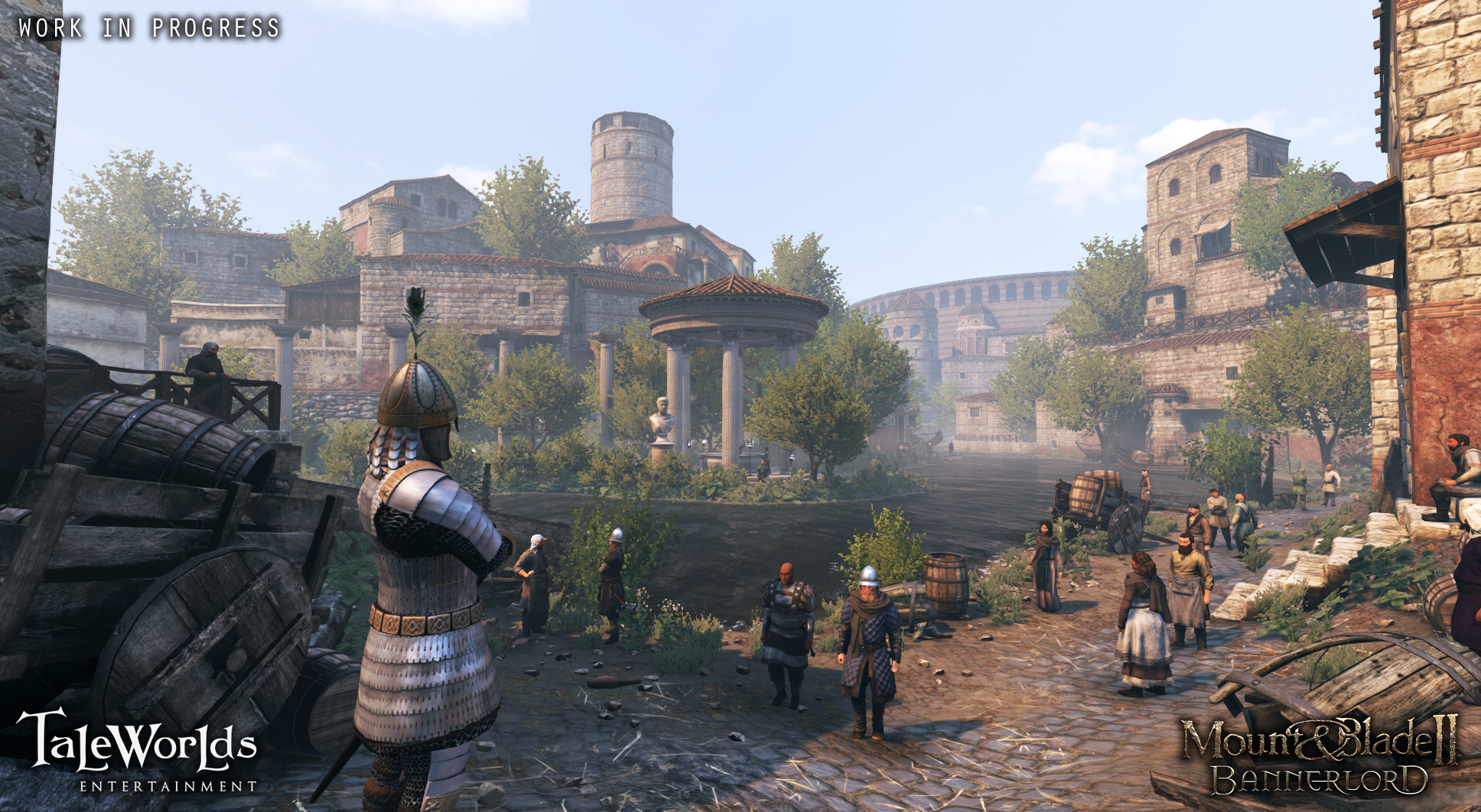 We do intend to give more flavor to the factions than existed in Warband. They are now divided into clans, who have their own priorities and rivalries. Lords' personalities have more variety. One new feature that we hope will add a lot of color is minor factions: outlaws and mercenaries based on historical or legendary bands like the Jomsvikings or the Fianna of Ireland. But the outer kingdoms -- the ones whom imperial citizens would call "barbarians" -- should still retain that sandbox feel.

With the Calradic Empire, we're taking a slightly different approach. Few events in history convey as much epic tragedy as does the collapse of a great imperial power, so we want to let the player experience some of that, and perhaps give a small sense of what it would have been like to live through, say, the decline of Rome. Imperial declines can be a very disorienting, agonizing time, and societies are often less likely to pull together to face the challenges than they are to fall into recriminations over what went wrong. For example, it's natural for traditionalists to say: "We are failing because we've abandoned our ancient ways! We are no longer as moral/disciplined/ruthless as we used to be!" But maybe the problem is something else: maybe it's not that you've gotten weaker, but your enemies have become stronger. Maybe the decline isn't because you changed, but because you're not changing fast enough. 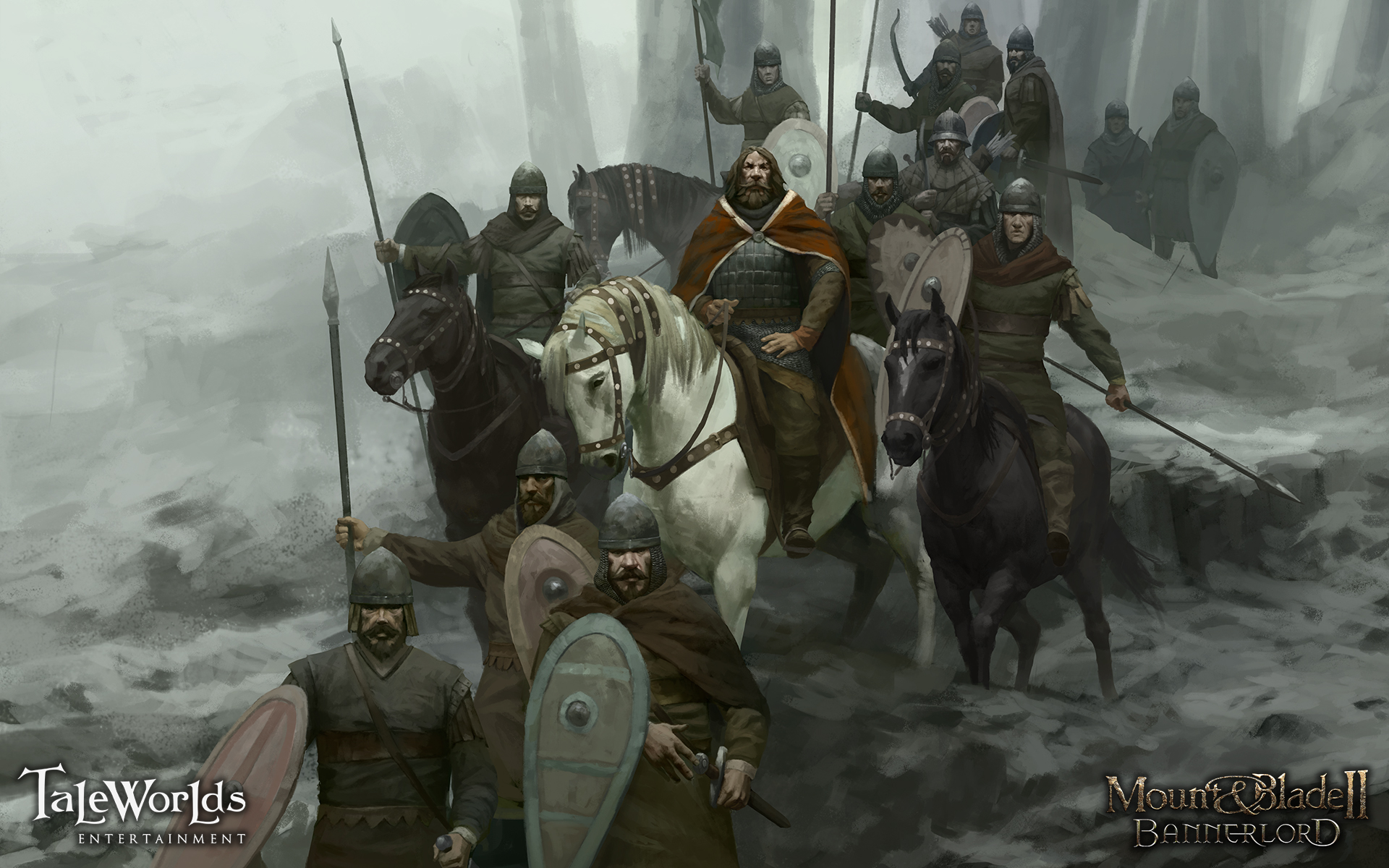 The Empire's dilemma, the failure of its ruling elites to agree on how to tackle the shifting balance of power, has brought it to the edge of civil war. Different noble houses have taken sides based on their political outlook, their rivalries, or just rank opportunism.  A semi-scripted set of linked quests at the beginning of the game will give the player the opportunity to learn about the various factions, and have the chance to meet the key personalities  and  perhaps give them a reason to choose one or the other in the coming conflict.  After the introductory quest series, the game will then revert to the full sandbox mode – but we're hoping that our revised and expanded NPC and quest systems mean that this sandbox can provide plenty of “story.” But more on those plans for future blog installments!

Join the conversation and comment on the forums! (518 comments)