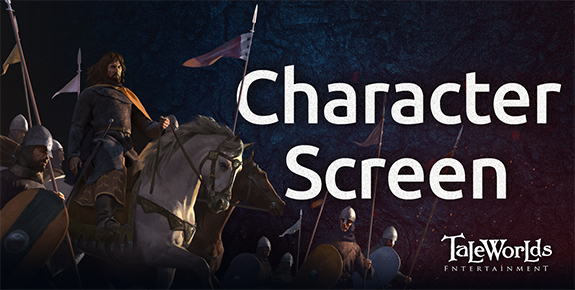 As most of you will already know, we have been at Gamescom this week showcasing the singleplayer sandbox campaign of Mount & Blade II: Bannerlord. We have been reading comments and feedback and we noticed that quite a few people are interested in seeing some of the different screens and deeper parts of the game that are visible in the videos that are coming out from our guests at the booth. So with that in mind, for this week’s blog we thought we could show the character screen and explain the different elements of that and how character development works in Bannerlord. 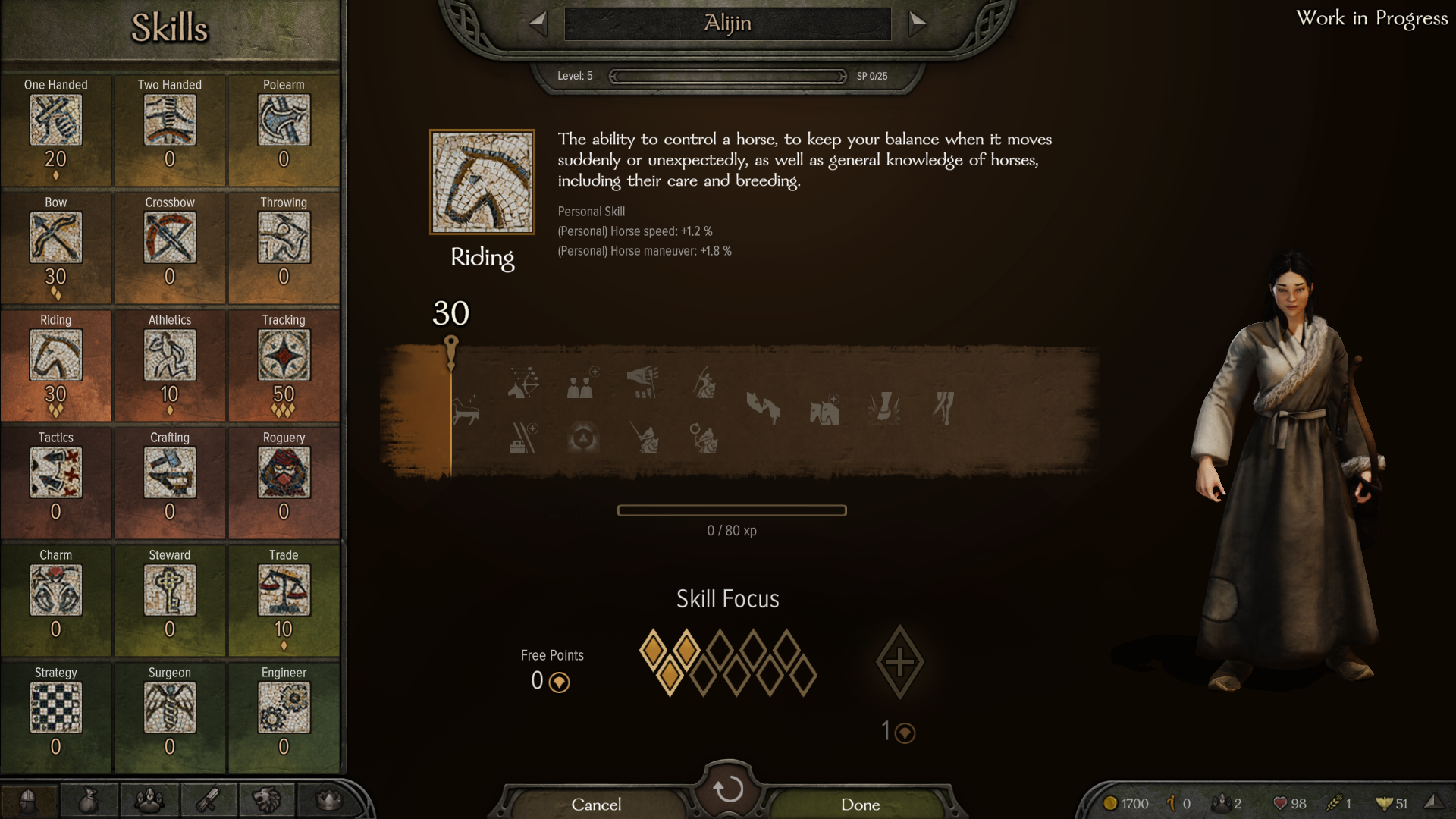 On the left side of the screen you can see the character skills. To improve these skills you need to perform the associated task or action. If we take One Handed as an example, successfully landing attacks with one handed weapons will increase the One Handed skill. Once you increase these skills enough, you gain access to different perks which you can select to give your character an extra edge in the game.

Perks, as the name suggests, give your character certain bonuses. These bonuses could be anything from an increase in party size to extra ammunition in battles, or they even unlock certain actions, such as the ability to reload any crossbow while on horseback. Players are unable to unlock all of the perks, and in many cases, a choice will have to be made about which perks that you would like to choose. In the end, perks act as a great way for players to customise their character to match their playstyle.

Skill focus allows your character to gain experience at a faster rate for that particular skill. However, once you invest a skill point into a focus then it is permanently locked in. To gain skill points in any of the skills, you need to have made an initial investment of focus points, meaning that skills that are shown as level 0 and have no focus points invested in them cannot progress, no matter how much you practice them. 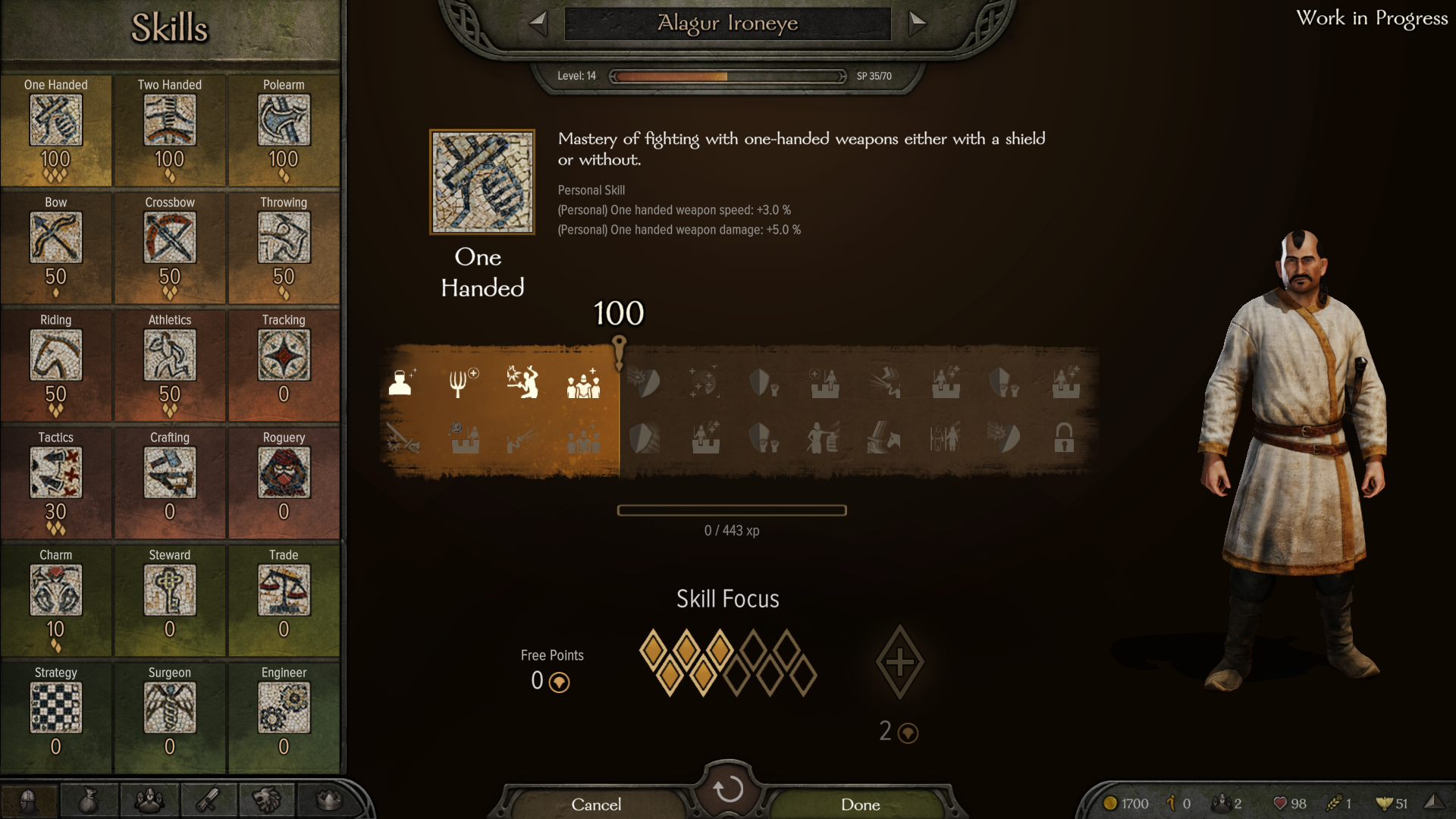 All of this applies to companions in your party too, which players have total control over. Your companions can perform specific roles within your part such as Quartermaster, Scout or Surgeon. Once you assign a companion to a role, you will start gaining bonuses from skills and perks that are attached to that role. 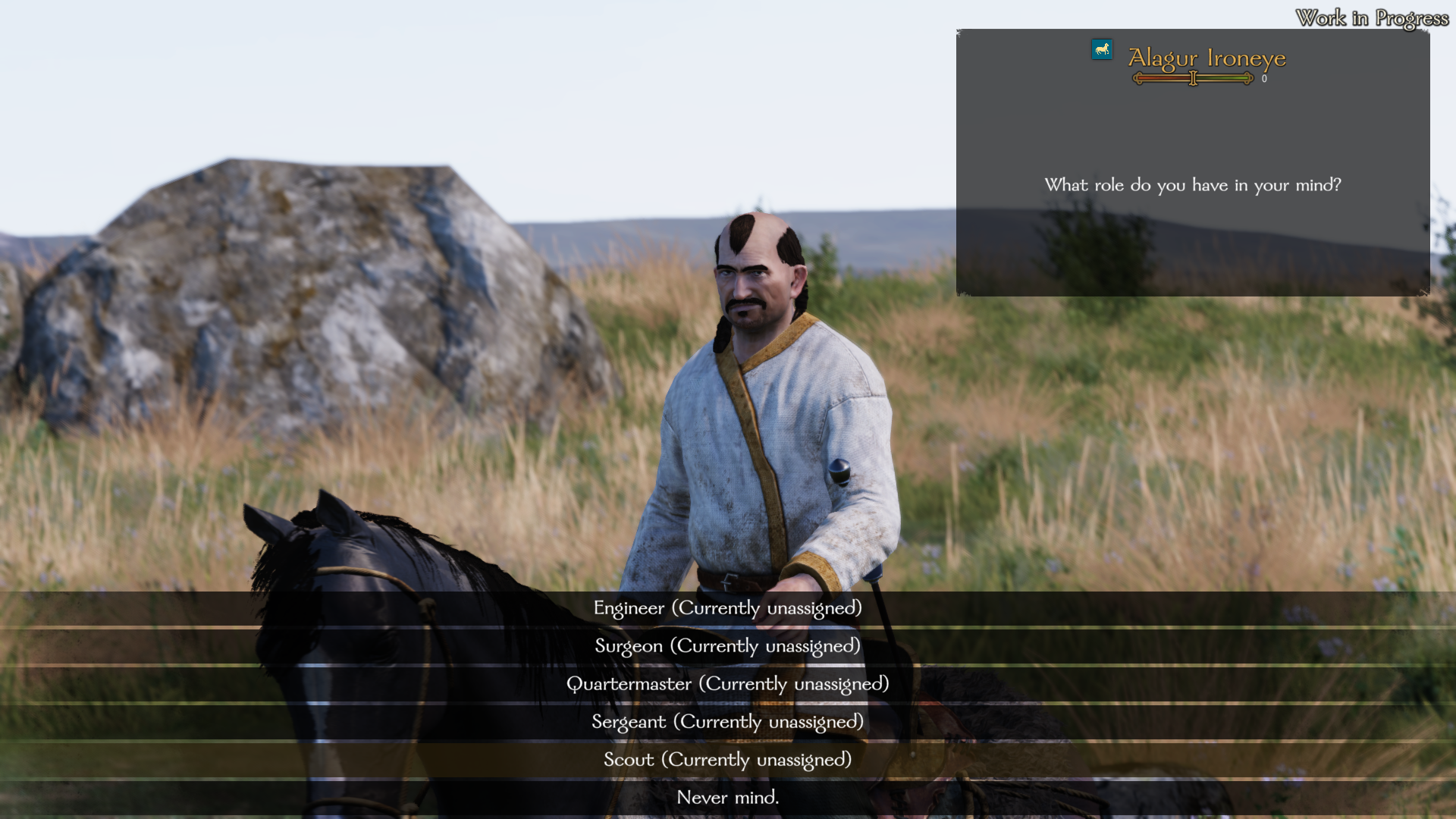 We hope that this was an informative overview of the character screen for you, and we will see you next week with another blog.

Join the conversation and comment on the forums! (128 comments)