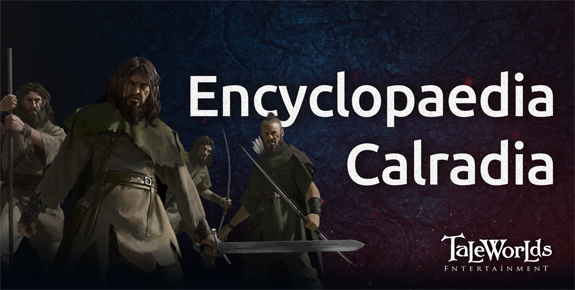 When it comes to strategy, information is key to success. It is important to know as much as possible about the current state of affairs in the game world to make the most of any opportunities that arise or prepare yourself for any impending threats. In this week’s blog, we take a look at one of the ways that we present information to players in Bannerlord: the encyclopaedia.

In Warband, the encyclopaedia is a useful source of information which players can use to learn more about the game as a whole, and, perhaps more importantly, the current state of the game during that specific playthrough. Functionally, it is perfectly sound and it contains a lot of valuable information for players to pore over. Players can use it to learn about game concepts, search for details about settlements and review information pertaining to characters in the game. However, these screens aren’t really as user-friendly as they could be and at times they can be a little difficult to navigate. 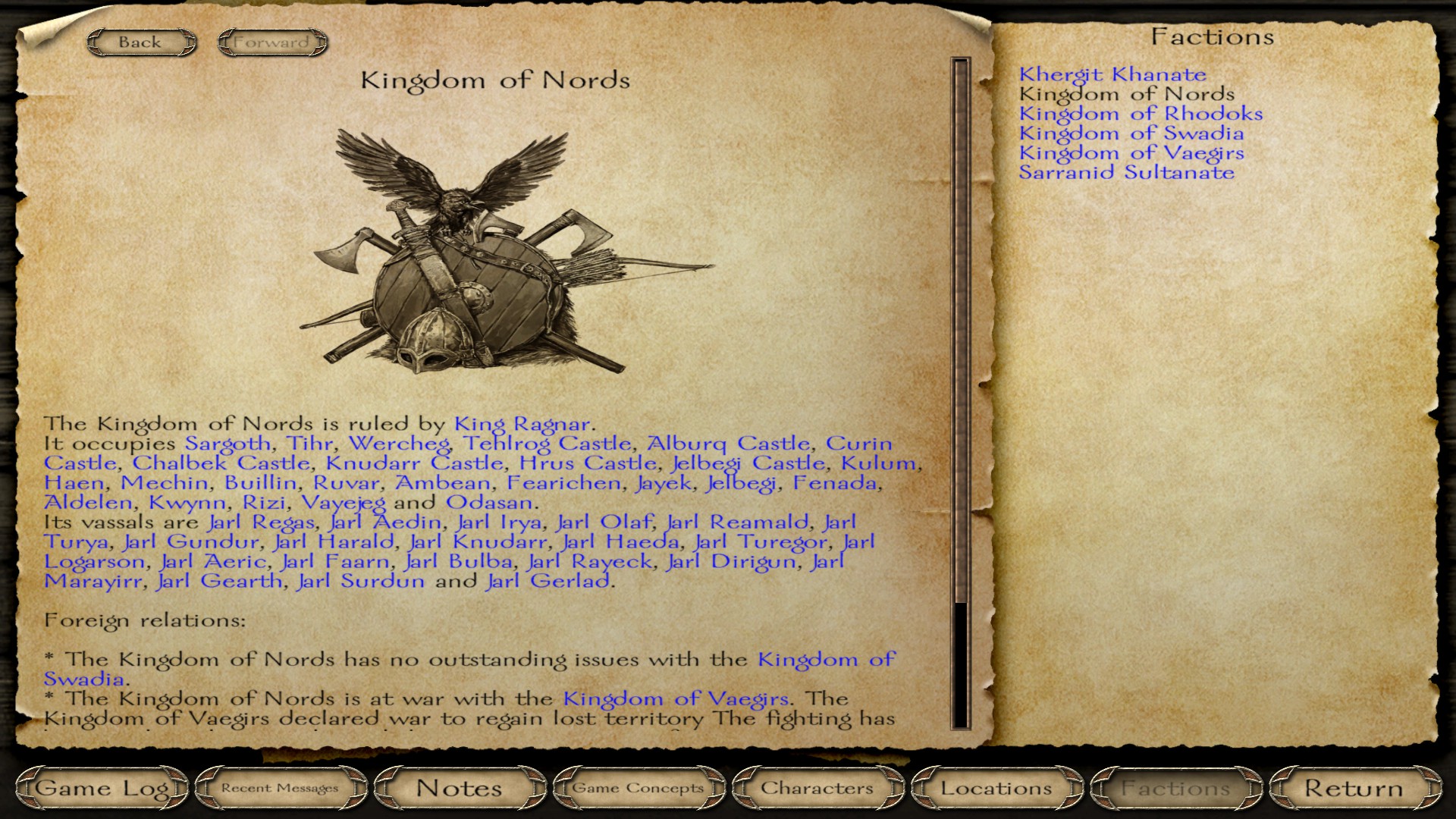 With Bannerlord, we knew that we needed to work on making these screens more streamlined and enjoyable for players to interact with. One of the first improvements we made in this regard was the addition of a search function. In Warband, searching through a list of character names can be a tedious affair, but it is certainly doable. However, in Bannerlord, scrolling through a list of characters to find a specific person would be rather frustrating due to the sheer number of characters that are in the game. Likewise, there are hundreds of settlements in Bannerlord (over twice as many as Warband) and scrolling through to find a specific one would be mind-numbing. To help with this, if you aren’t entirely sure of the spelling of the entry you are searching for, then the search function also includes suggestions to auto-complete your search. 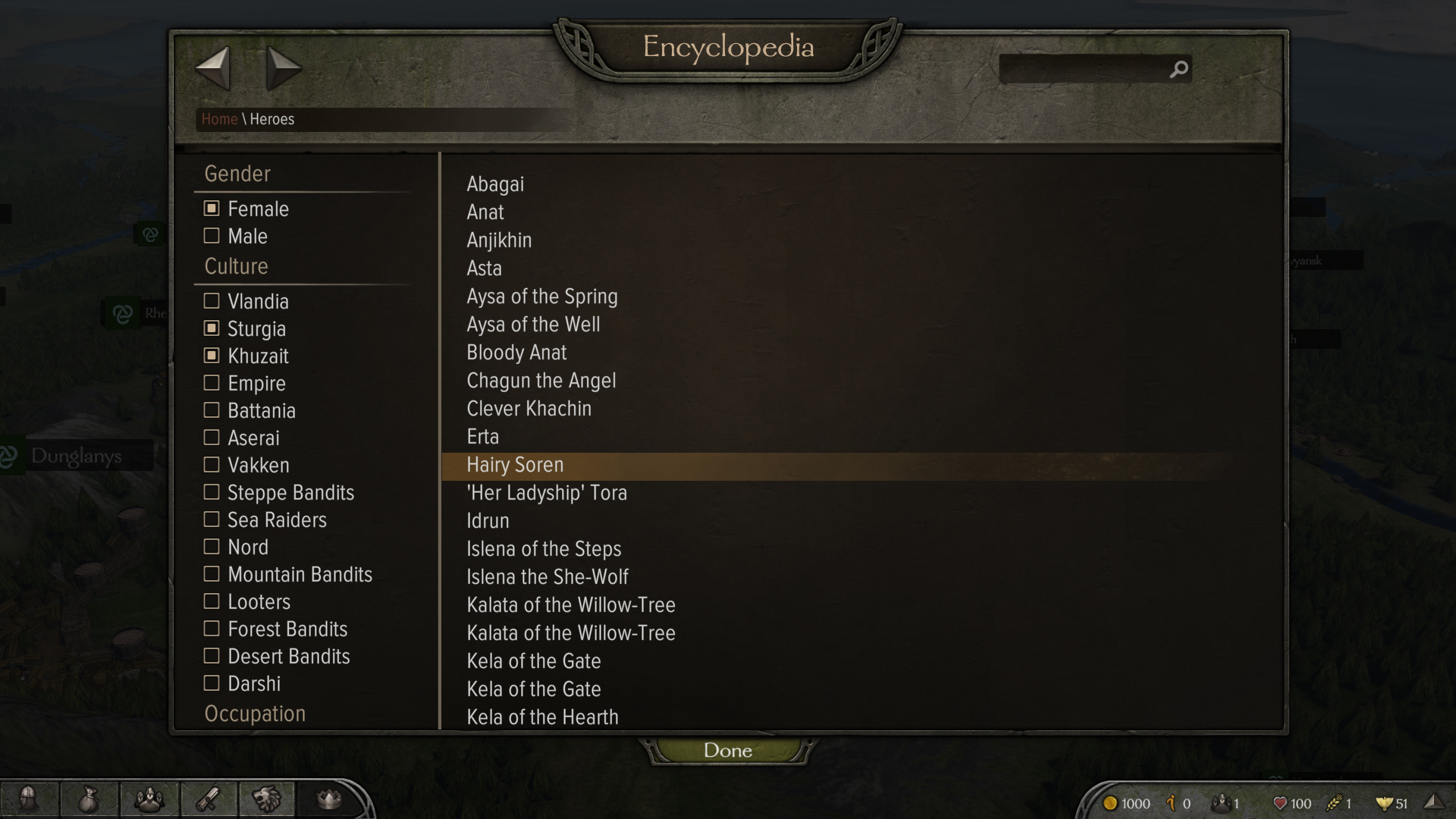 In keeping with the idea of making the pages easier to navigate, we added filters so players could narrow down their search criteria. When it comes to things like settlements, this will help you to separate villages out from castles and towns, which can be quite useful in itself, but when we look at this function with some of the other screens, then the ability to filter the encyclopaedia entries really starts to make sense. For example, if you were to open the Kingdoms screen, you could quickly see who you are currently allied with or who you are enemies with. The Characters screen takes this one step further by allowing you to filter the entries based on gender, culture, occupation and your current standing with each character.

But we didn’t stop at just overhauling the look, feel and overall user-friendliness of the encyclopaedia. We wanted to expand upon the types of information that players could access and make use of as well. And this is where the Troops screen come into play. The Troops screen allows players to see the full troop tree of every unit in the game, allowing players to plan out their perfect army composition without needing to resort to wikis or other sources of information outside of the game. The trees show the branches which each unit can take during a promotion as well as the skill levels of each individual unit. 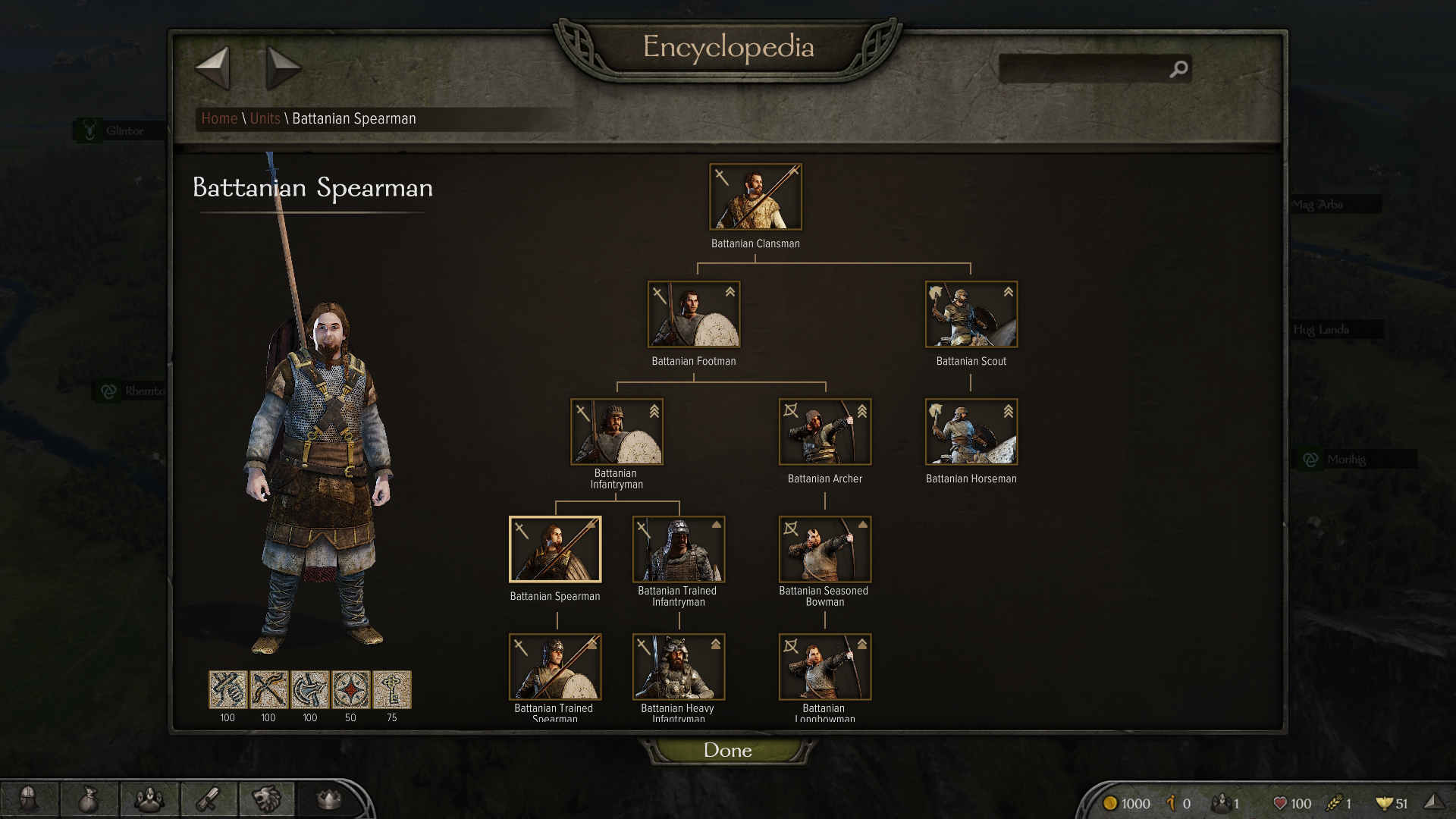 Another new addition to the encyclopaedia is the Clans screen, which shows players detailed information about each clan in the game. This information includes information about clan members, settlements that the clan controls, and the details of any wars that the clan is currently involved in. It also contains the clan banner, which is something you might become rather familiar with over time as you develop friendships and feuds with the different clans of Calradia during your adventures.

Finally, the encyclopaedia wouldn’t be complete without the Concepts page. The Concepts page introduces players to and explains the various different concepts and mechanics of Bannerlord. If you don’t fully understand how something in the game works, or are confused by the outcome of one of your actions, then there is a good chance that the Concepts page holds the answer to your question.

Overall, we feel that Bannerlord’s revamped encyclopaedia is a huge improvement over Warband’s. Essentially, it contains all of the useful information that players of the series will be familiar with while introducing new information to help you on your journey. And all of this is done in a much more approachable and user-friendly interface which is simple to use and easy to navigate. 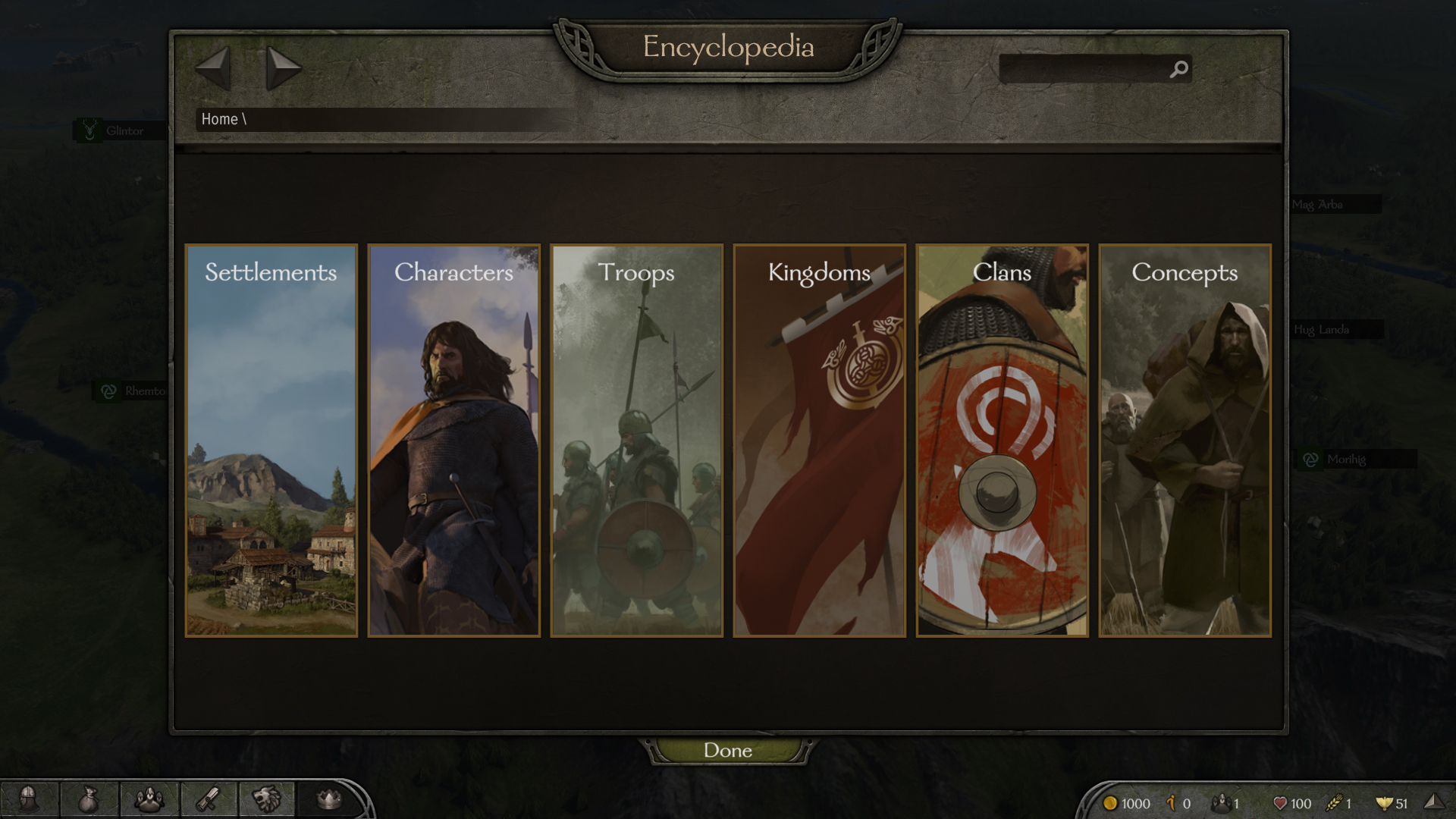