Players of Mount&Blade, idle passers and intrigued discoverers, Happy Friday to all. This little blog is about our progress making the game Mount&Blade II: Bannerlord. It doesn't cover everything we do but it tells you a little bit here and there which some may find of interest. “Never make a 6th album”, say the cynics. “Stop after the successful 5th!” - hogwash, we'll continue this blog until the sun rises in the west and sets in the east... or maybe just while we're working on Bannerlord.

We get messages from a lot of players saying they want to see more immersion and believability in the game. One feature we have planned for Bannerlord is facial animations. For a very long time, faces in games were pretty much completely motionless. There are various studies about the importance of non-verbal communication (facial expressions, body language etc.) in communication as a whole, including the much debated and often quoted “7%, 38%, 55%” figure for words spoken, tone of voice and physical behaviour respectively. We aren't psychologists though and that isn't a debate we need to enter into. The general consensus is that they are pretty important. 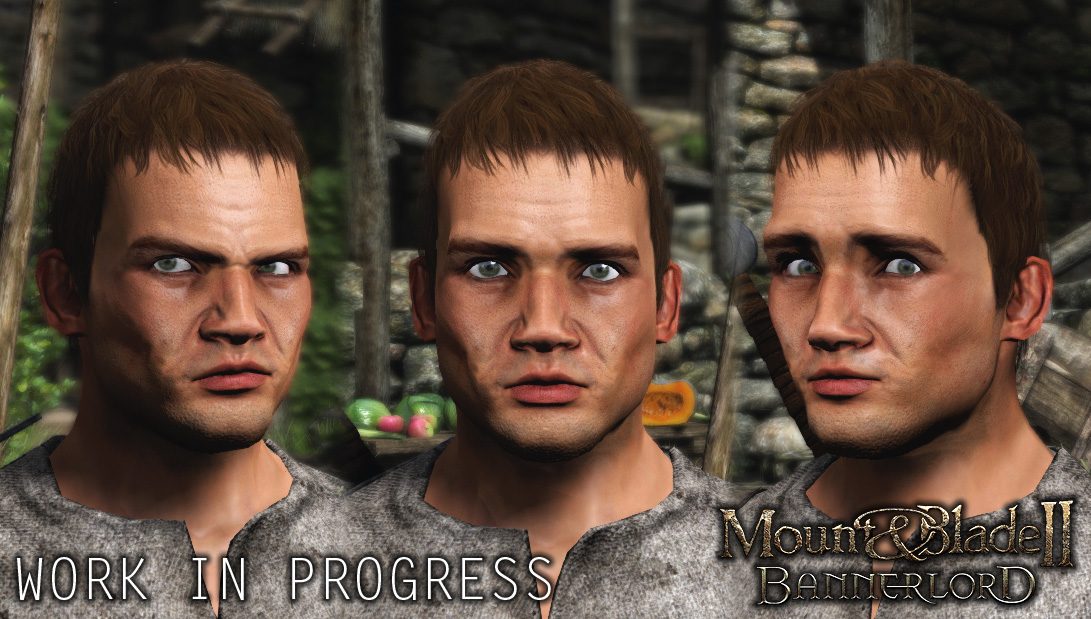 The results in game are already fairly astounding, bringing characters to life as they squirm and grin accordingly during conversations. They won't just be visible in conversations either; battles, town scenes, feasts, prisons and everywhere will all feature animated faces. The battles are an area of the game where we think the animations are going add a lot of fun and engross the player in the action. Not only hearing but seeing soldiers cry out in fury or pain, as the chaos of the fight ensues, contributes to an altogether more engaging and thrilling experience. This is a serious step forward from previous games in the Mount&Blade series which featured completely expressionless faces. It isn't the end of the world and it may matter to some players more than others but in a game where you have marriage, it's nice to see some emotion on the face of your betrothed, rather than that same dull-eyed look she's been giving you for the last 3 poems you read to her. 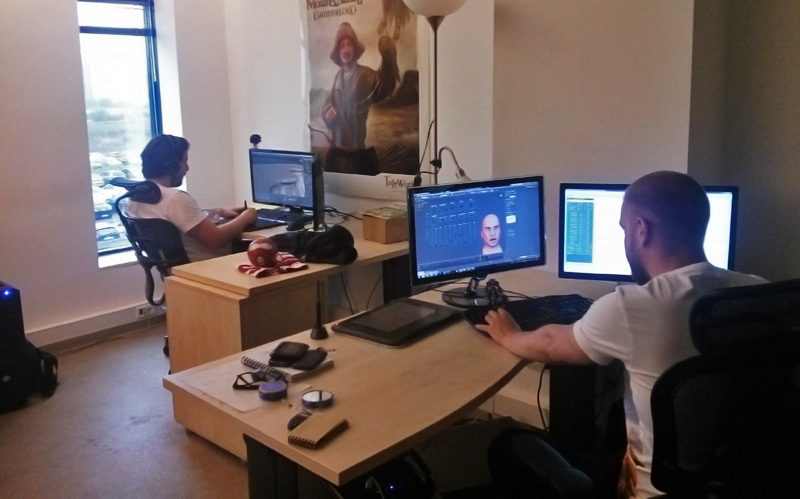 On the technical side of things, all of the facial animations are made by hand. The face is bound to a skeleton (similar to the one used for the full body, as described in the previous blog) that allows different parts of the face to be stretched and squashed naturally into different forms. For each fixed form of the face we use blendshapes or morph targets to control the movements which are compatible with whatever kind of face you make. When it all comes together and a character has a believable, interesting reaction during a conversation it really creates some special moments that we think players are going to respond positively to and enjoy. 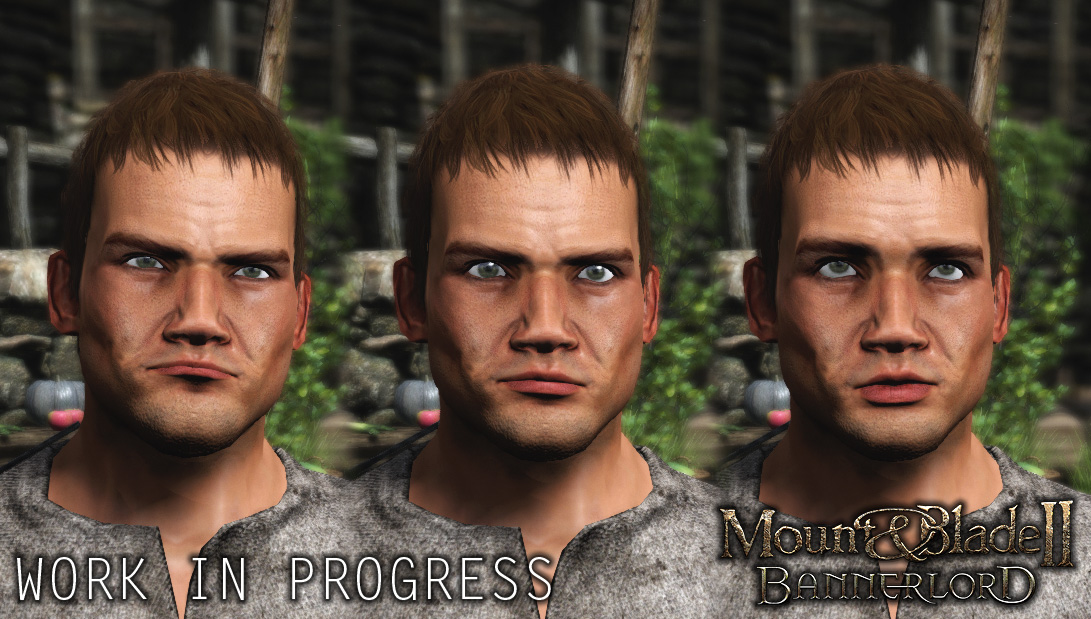 Although this is something we have been asked about specifically, we know there are a lot of messages asking about gameplay mechanics and combat as well. We will proceed with talking about everything in the game in time and not mentioning them shouldn't be taken to mean that we don't care about them or aren't working on them! In fact quite the opposite. It's because they are receiving so much attention and are liable to change based on design decisions, through testing and iteration, that we are cautious of talking about something that ends up changing by the time our game is available to play.

Hopefully you enjoyed reading another instalment of the blog and finding out a little bit moreabout a little bit of our development on Mount&Blade II: Bannlerlord. Stay tuned for future updates by liking us on Facebook and following us on Twitter!

Join the conversation and comment on the forums! (613 comments)