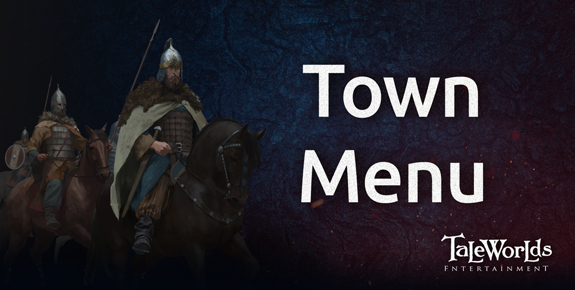 One of the main activities you carry out in Mount & Blade games is visiting towns. Towns serve as trade hubs and strongholds where you can socialise with the nobility, recruit companions or get quests. For Bannerlord, we spent a lot of effort on the town menus to make the experience as fun and immersive as possible.

As a starting point, the town menu is no longer full screen. It now comes as an overlay on top of the campaign map. This, (hopefully!) makes visiting settlements a more fluid experience. Also, the basic campaign map user interface is still available, so if you would like to tinker with your party or inventory while visiting a town, you can easily do that.

The menu background art was something that was really dear to us and we didn’t want to let it go completely, so we decided to use illustrations as the background for the smaller menu for town options. This required some retrofitting of the illustrations but our illustrator, Serdar, did a fantastic job there.

There are many things that you typically do in towns, so we tried to make as many actions as possible directly accessible from the menu, thus removing the need to load into a scene to perform actions. For example, prisoners can be sold to the ransom broker directly through the menu and players can access the crafting screen without needing to navigate their way to the local blacksmith.

One result of this was that the number of menu actions increased considerably and it was no longer practical to access everything from a single menu layer. Fortunately, the solution came quite naturally. Town scenes have various areas and sub-locations such as the tavern, castle, marketplace, etc. We decided to simply mirror that in the town menu structure. So the main menu now has options to go to various districts, which are themselves sub-menus. Each sub-menu has actions that are applicable there. For example, the arena sub-menu has an option to join a tournament.

Locating and speaking to NPCs is also one of the most important things you do in towns. This can be done through the portraits on the top right panel, eliminating the need for the players to enter the town scene and search for any NPCs they wish to talk to. This may seem like a minor improvement, but in reality, it has a huge positive impact throughout the game as it helps to streamline certain actions to make them faster and less tedious, improving the overall user experience.

Players who wish to immerse themselves in the world will still be able to explore the scenes to locate notables, however, those who prefer to maximise what they can achieve during their play session will be able to use the town menu to perform any action and save some valuable time. 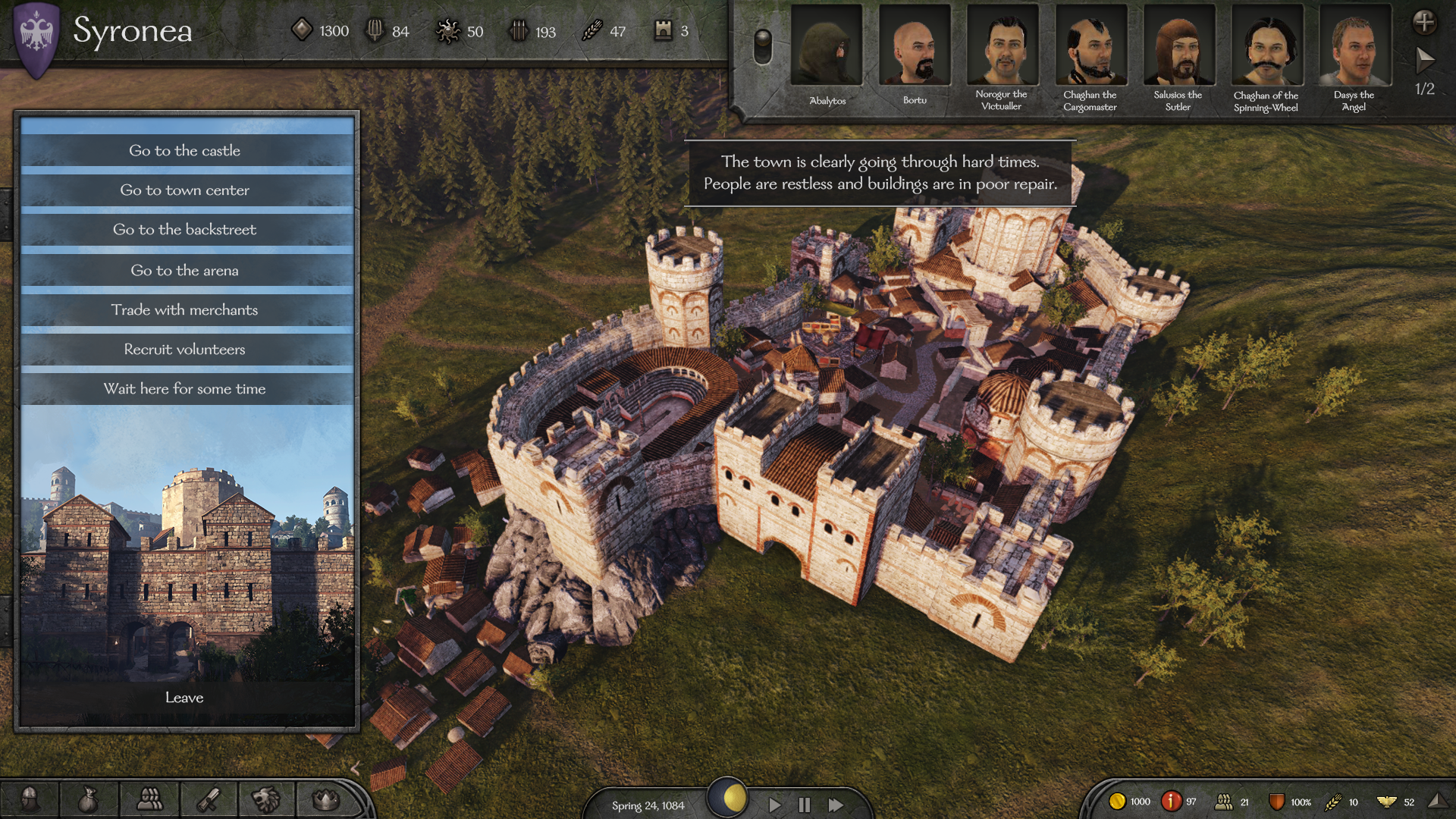 In next week’s blog, we will be speaking with AI and Campaign Programmer, Ozan Gümüş. If you have any questions you would like to ask him, please leave a reply in the comments and we will pick one out for him to answer!

Join the conversation and comment on the forums! (192 comments)