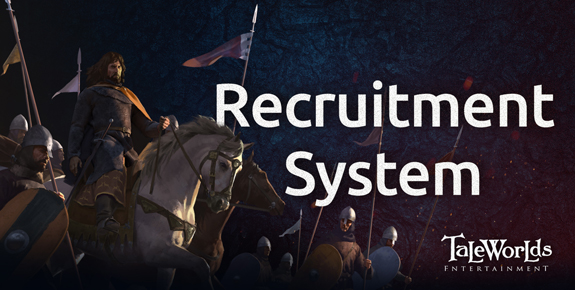 When you set on your adventures in Calradia, it would be wise to remember the old proverb: there’s safety in numbers. The world of Bannerlord is an unforgiving place and whether peacefully trading or engaging in warfare, players will rely on troops to stand and fight by their side in order to achieve their goals. In this week’s blog, we take a look at how players will go about raising their own army in Bannerlord by discussing the game’s recruitment system.

The ability to raise your own army is one of the core mechanics of the Mount & Blade series. Riding from village to village to recruit troops becomes a part of the emergent narrative for players as they build up relations with different settlements to provide access to a steady stream of recruits. In Bannerlord, this mechanic works in a somewhat similar fashion as it did in previous Mount & Blade games, however, we have worked on improving the system to make it feel more natural and engaging for players.

Players now recruit units from specific NPCs that we call notables. By making this simple change we were able to expand on this mechanic and give players more control over the recruitment process. Instead of building relations with a settlement, players will now need to build up their relations with notables in the game, which are located in both towns and villages. Increasing your relations with notables will give you access to higher tier units straight off the bat and different notables have their own favoured troop types, meaning that a particular notable might offer a greater amount of infantry, while another may offer archers. This allows players to directly target and build relations with specific notables that can provide troops which match the player’s preferred army composition. This also means that losing soldiers may not be quite as devastating as it was in previous games, as higher tier troops can be more easily replaced, provided you have access to a few friendly notables!

Another major change we have made is that AI lords now recruit troops in exactly the same way as players. And while, on the surface, this may appear to be a massive benefit to the player (as there are no more magically regenerating doom stacks!), it also means that you will be competing with fellow lords for fresh recruits.

Finally, for those of you that prefer to recruit a ragtag band of warriors from captured or rescued prisoners, then those options are still available! Likewise, mercenaries still feature in the game and can offer some extra muscle in times of need.

To bring this all together and to help you visualise the changes to the system, we would like to show you an early version of our new recruitment screen. And please note that this is very much a work in progress! 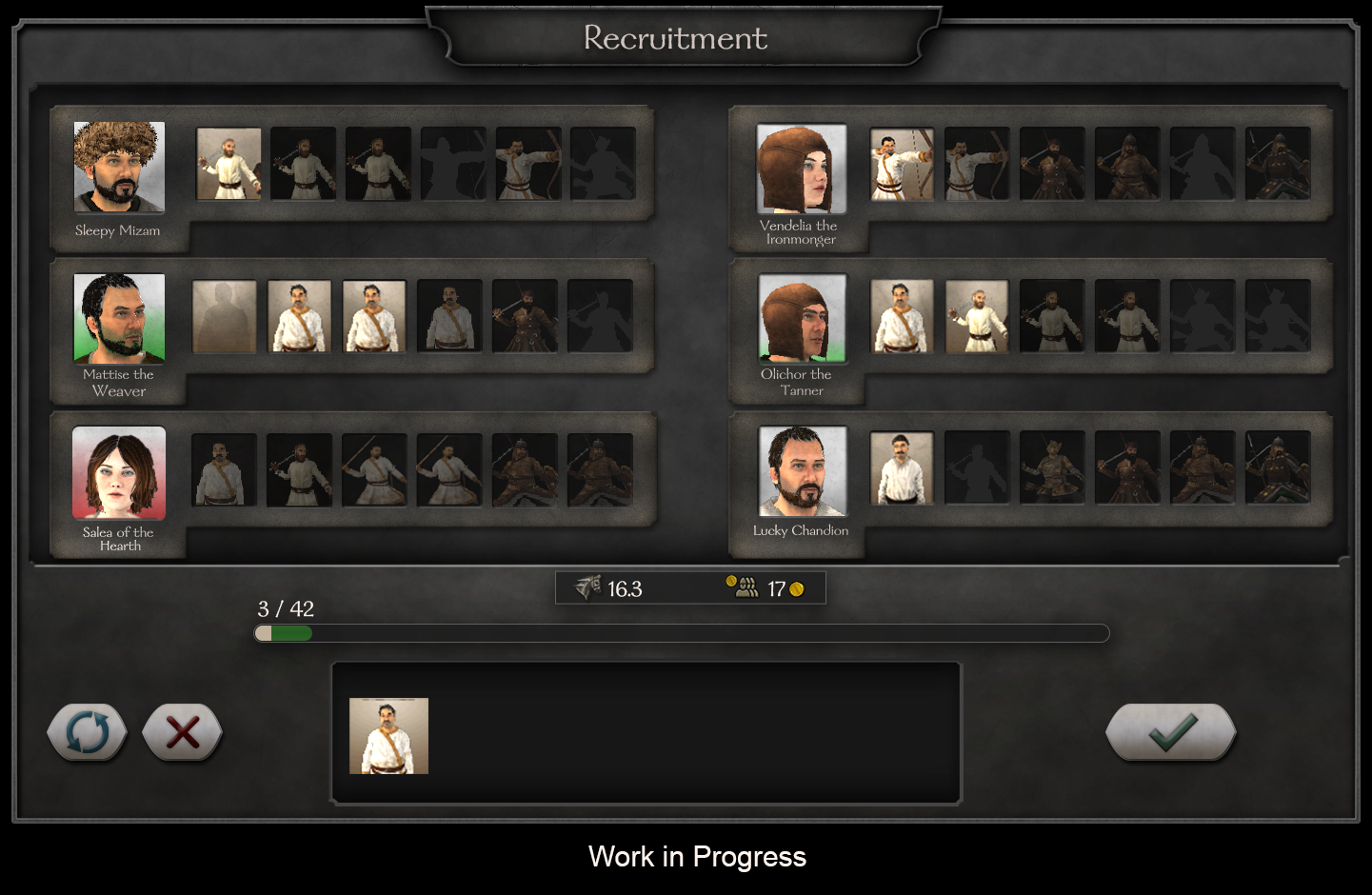 In next week’s blog, we will be talking to Animator, Olcay Mancılıkçılar. If you have any questions you would like to ask him, please leave a reply in the comments and we will pick one out for him to answer!

Join the conversation and comment on the forums! (252 comments)