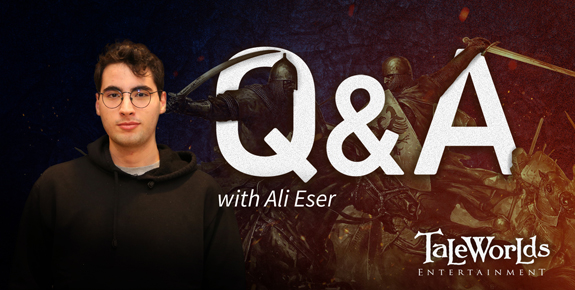 Concept artists are the backbone of an art department. A 3D artist or an animator might be constrained by technical limitations or by the particular engine that a game is using, but a concept artist can let their imagination run wild. Combining their research, their artistic sources, and their own skill, they explore new aesthetic possibilities and lead the art of a game to new territories, effectively pushing the boundaries of what a game can offer (in visual terms) to its players. In this week's entry in our blog about Mount & Blade II: Bannerlord and the team behind it, we talk with our concept artist Ali Eser, who created (among other things) the faction banners, many castles, interiors, clothes, and armours. When you look at some impressive-looking armours from Bannerlord: it's very likely that it started with Ali thinking, "hey, this would look cool in the game!".

WHAT DO YOU NORMALLY DO DURING YOUR DAY?
“During the day, I'm busy drawing and designing architecture, clothing, armours and weapons for the different cultures of Calradia. Usually, I have something new to work on every week so it never gets boring!

The way I go about designing this stuff is; after I get my briefing, I spend some time researching about that specific topic, gathering as much information and historical illustrations as possible. I prefer using historical reference books that focus on a specific culture/time period. After this, I start sketching. During the sketching phase, I try to come up with lots of variations for the same design because usually, a design that's worth keeping comes after several iterations. Something of importance is to form a convincing and coherent visual language for every culture, based on their way of living, values, history and traditions. This is reflected on the immersion of the world as a whole and contributes to the suspension of disbelief that the player needs. After I feel like I've created some satisfying designs, I send them for approval and at this stage we usually go through more and more changes to improve the designs even further. After we have the final versions, they get passed on to our amazing 3D artists and made into assets for the game.”

WHAT DO YOU LIKE THE MOST ABOUT BANNERLORD?
“Definitely playing as a freelancer in singleplayer campaign. I especially love starting out in one kingdom and at one point leaving it to roleplay as a traveller.”

WHAT'S THE MOST DIFFICULT THING THAT YOU SOLVED SO FAR, DURING THE PRODUCTION OF BANNERLORD?
“I think it was designing the architecture for Khuzait. The cultures they were based on (Central Asian/Mongolian tribes) didn't leave as much architectural artefacts as the other cultures because of their nomadic way of living. So what we had to do was reference their existing aesthetic styles from their nomad homes and small buildings and come up with our own designs. Which was honestly, one of the most challenging but fun designing experiences.” 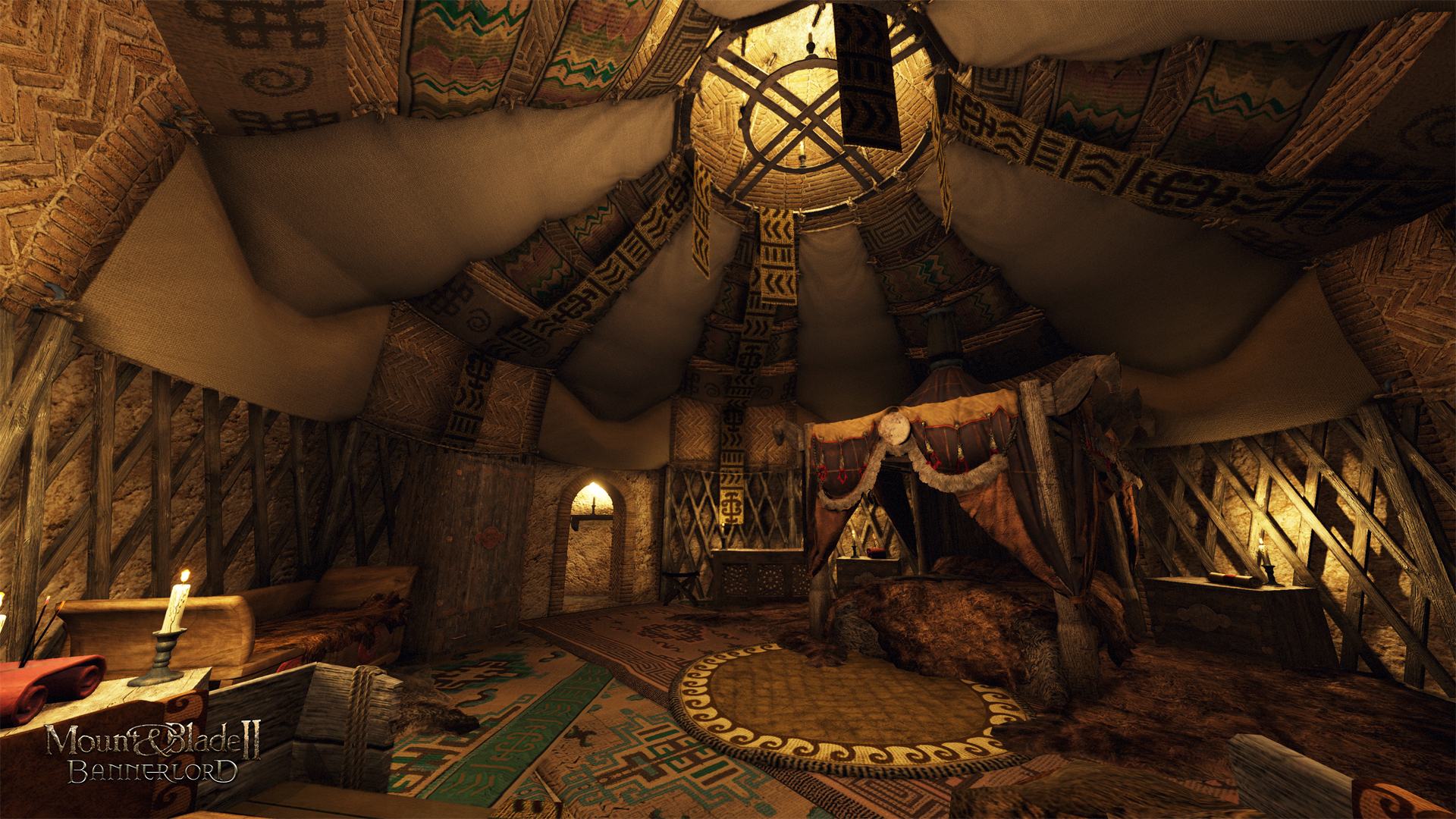 WHAT DO YOU CURRENTLY WORK ON?
“Right now, I'm designing civilian clothes for every culture. I try to always keep in mind what are the most recognizable and iconic dressing styles that are unique to each culture and implement those. Sometimes I even push those parts in my designs to have clearly separable sets of equipment for each culture.”

WHAT FACTION DO YOU LIKE THE MOST IN BANNERLORD?
“I'm in-between Empire and Aserai, both for their architecture and cities. The former feels glorious and gorgeous while the latter, mystical and enchanting. The way I plan to solve my indecision is to play as a traveller from the heartlands of the empire, who roams the Nahasa desert!”

>HOW HARD WAS IT TO DRAW THE CONCEPTS OF CASTLES?
“I can say that designing for castle keeps can get quite challenging. The buildings must always make sense in real-life terms, meaning you cannot have something in Calradia that couldn't be built in the real world. Since these keeps are huge buildings that need excessive planning to actually construct, I need to be careful about which walls can stand or not, which ceilings needs support, etc. Also, I need to keep in mind the technologies and materials available for that particular culture in the early medieval period. I also have to solve gameplay problems visually, like keeping navigation fluid and easy, and making first-impressions interesting and readable. With all of this in mind, trying to design a nice and beautiful castle can get overwhelming! The design approach we have for Bannerlord's keeps is practical, less focused on the decoration and aesthetics part of things and more focused on the functional part (meanwhile, as I mentioned, keeping things beautiful). That's why the concept designs for the castles actually look more like plans than paintings!” 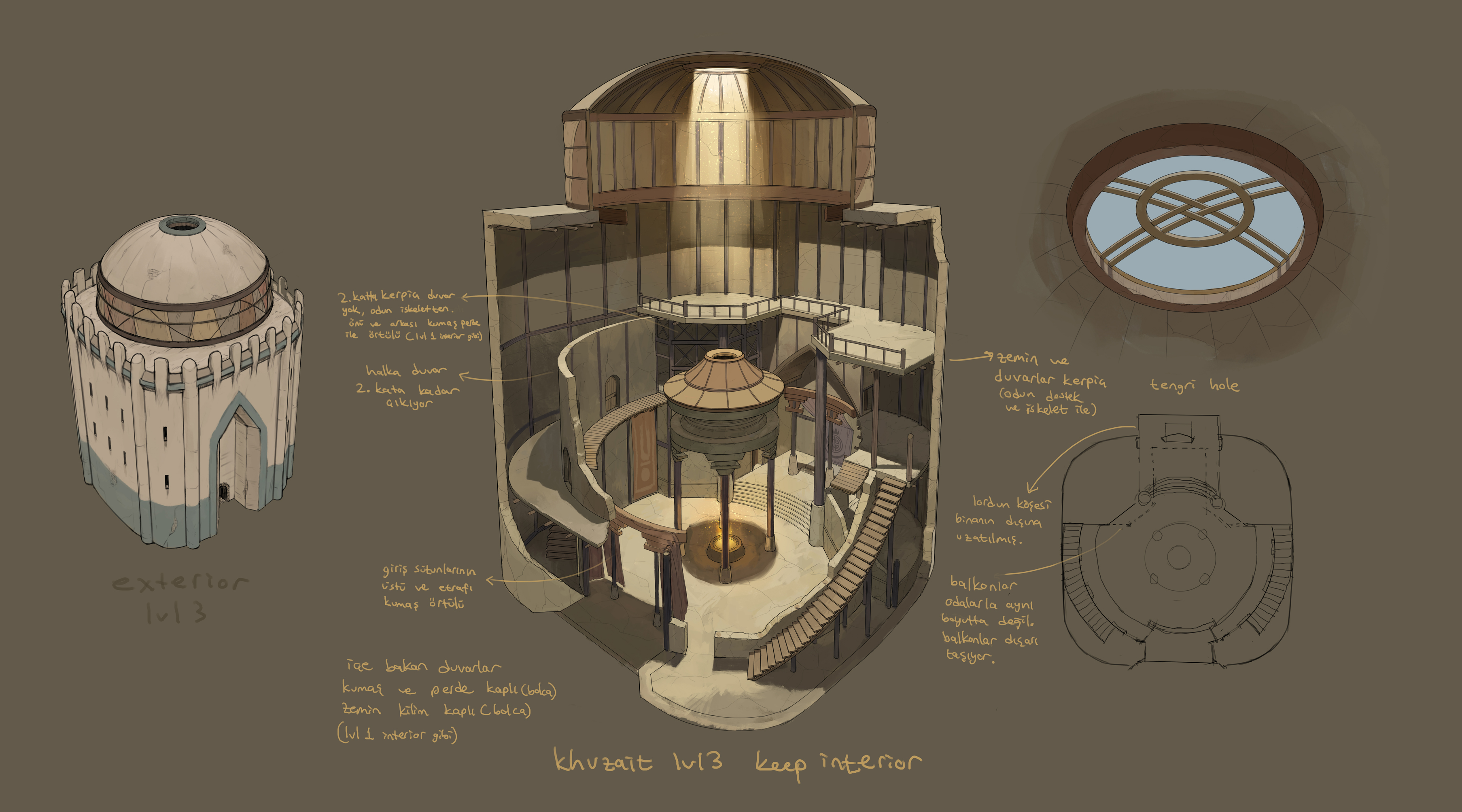 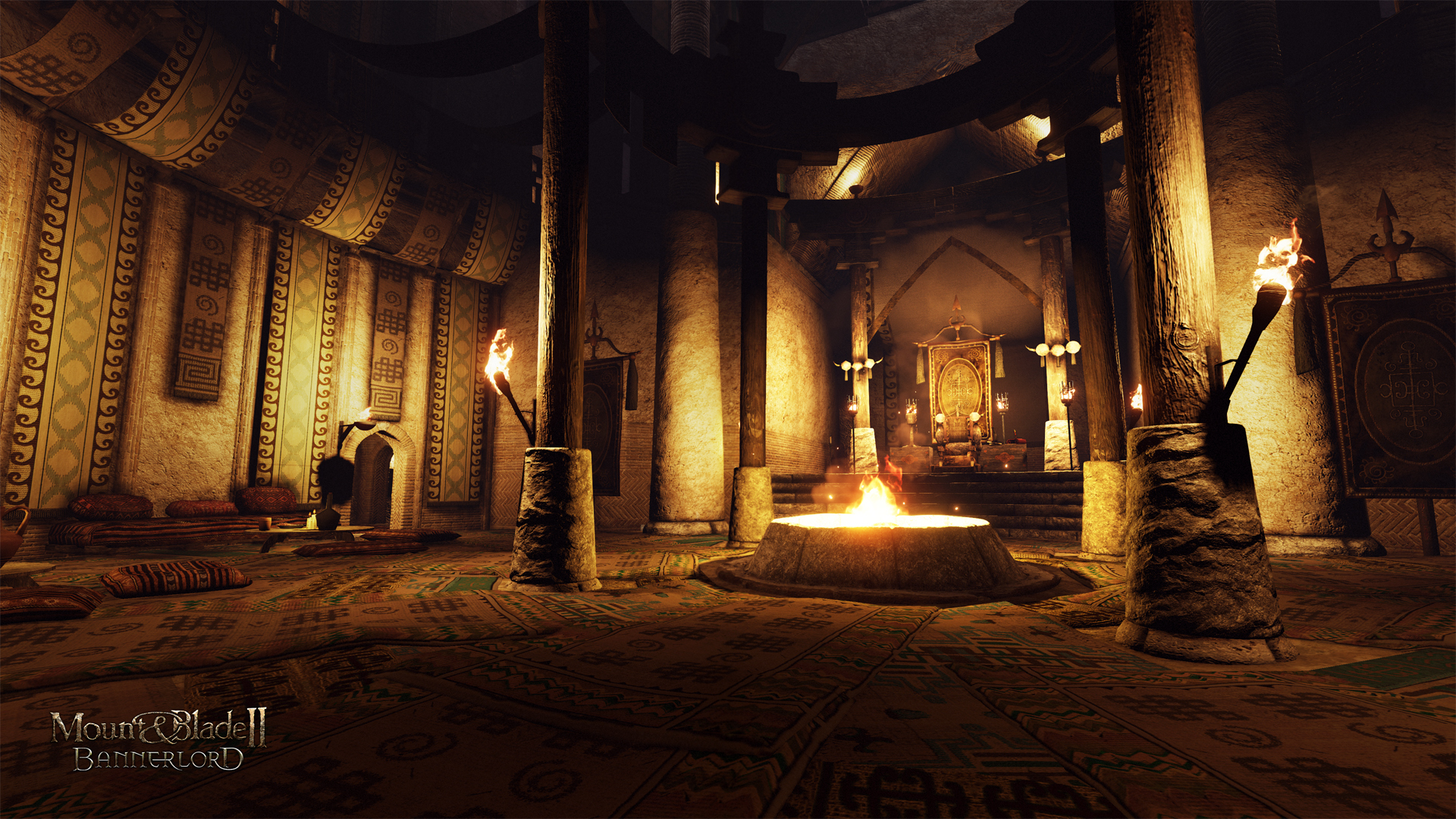 Join the conversation and comment on the forums! (187 comments)