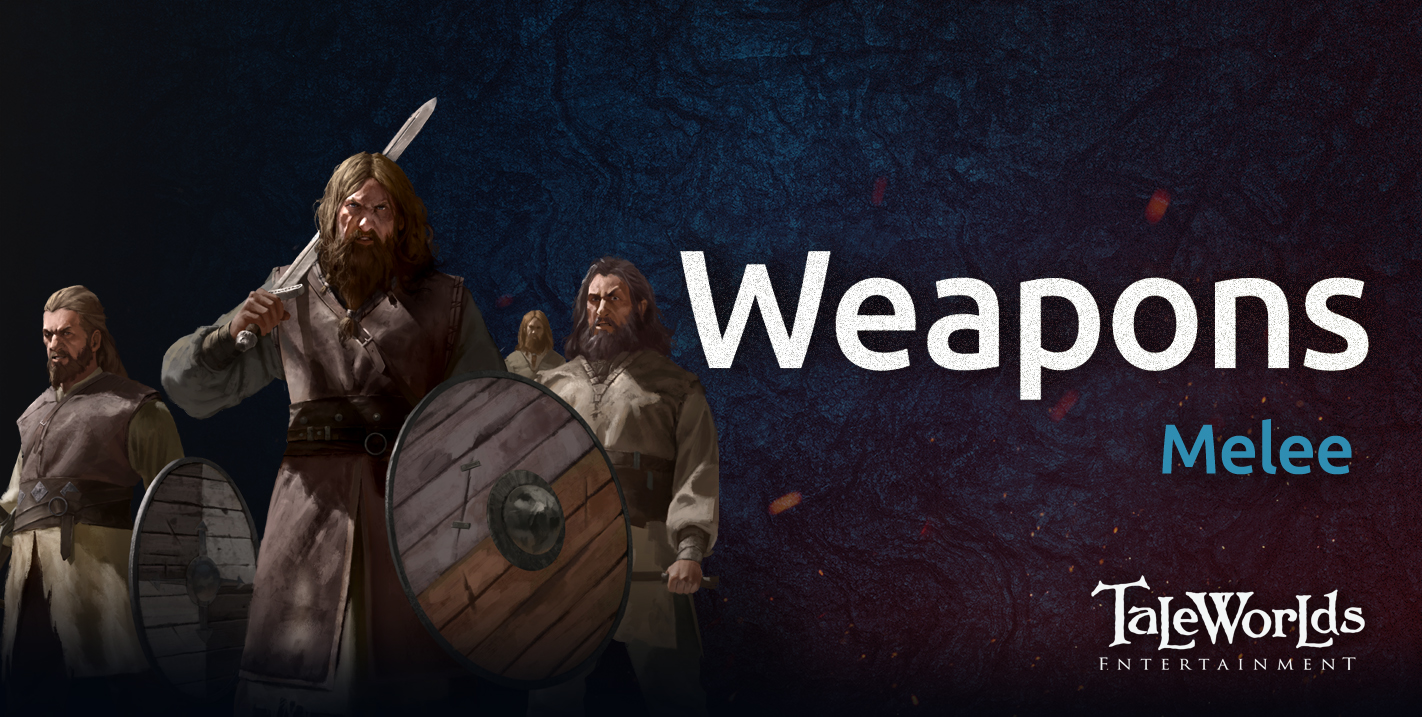 Medieval warfare was as brutal and terrifying as you might imagine. Soldiers fought for their lives in ferocious hand-to-hand combat using a variety of different weapons to protect themselves and defeat their opponents. Polearms, swords, maces and axes were used to devastating effect and anyone unlucky enough to be on the receiving end of a blow from one of these vicious weapons of war would certainly know about it.

For those already familiar with Mount & Blade games, you will already know what kinds of weapons you can expect to see on the battlefields of Calradia. But for those that are new to the series, we thought this would be a good opportunity to introduce you to the selection of melee weapons which you will have at your disposal in Mount & Blade II: Bannerlord.

Daggers are one of the most common weapons throughout the history of warfare. They are small, fast and lethal, making them a great tool for fighting in close quarters. In medieval combat they were traditionally used for exploiting gaps in armour (such as the armpits or the slit of a visor), or for finishing off a seriously wounded foe. To reflect this, we decided that daggers shouldn’t be able to block incoming attacks, so players should make use of good movement and precise timing to use them effectively.

Swords are one of the most iconic images that come to mind when we think of medieval combat. They come in many different shapes and sizes: from arming swords through to the intimidating longswords of the late medieval era. In Bannerlord we have a huge selection of swords for player’s to choose between (as well as the ability to craft your own!). They are generally faster than other weapons and can be used to bully and harass lesser skilled opponents.

Just like swords, axes come in many shapes and sizes! Historically, they were quite cheap to make and required a limited amount of skill to use, but they were still effective nevertheless. In Bannerlord, two-handed axes actually require quite a bit of player skill to use effectively. You need to control the space between you and your opponent in order to successfully land hits with the head of the axe.

As the arms race between weapons and armour really began to pick up pace during the medieval era, blunt weapons really came to the fore as a direct response to the more advanced techniques used in armour crafting. Even if an attack would fail to penetrate the armour, the full impact could be carried through the armour and into the body, causing severe damage. In Bannerlord blunt weapons act as a kind of jack-of-all-trades, and can be used to good effect against all types of armour, however they never really excel against a particular armour type in the same way that cutting or piercing weapons and attacks can.

The clue is very much in the name when it comes to polearms (a catchall term for a wide variety of weapons which are attached to a pole!). The main advantage of polearms was their reach, and in the case of weapons such as spears, their versatility and ease of use, (spears could be used in dense formations against infantry and cavalry alike, and they could be thrusted or thrown). In Bannerlord we have many different types of polearms, including: spears, lances, pikes and bardiches. They are strong against cavalry and extremely good in group fights, but are outmatched more often than not in 1v1 scenarios. Another thing to note about polearms is if they are too large, such as with pikes, then they will be dropped to the ground if you switch to your sidearm.

Finally, we have a selection of tools which wouldn’t have been the go to choice for any professional soldier, but is all that some people might have had access to. You shouldn’t expect too much in terms of battlefield performance from these, but we don’t think that the game would have felt complete without them. After all, it's almost harvesting season!