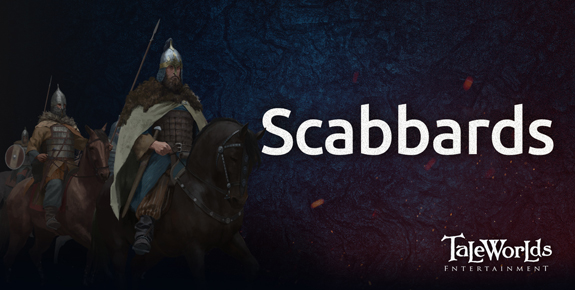 If you have been following these weekly updates for some time now, you will know that our aim for Mount & Blade II: Bannerlord isn’t just to provide players with bigger, more epic battles, but also to refine existing mechanics from the series and add small details to the game to make it feel more believable and immersive. In this week’s blog, we want to show you another example of how we try to pay close attention to small details by introducing you to a feature which probably won’t catch your eye immediately while playing, but is something which we feel adds to the overall visual fidelity of the game. (And before you read on, we want to make it clear that this isn’t anything big or hugely exciting, it is more of just a curious sneak peek to one of the many small features which come together to make Bannerlord a more visually impressive and immersive experience.)

For those of you familiar with Mount & Blade games, you will know that characters have 4 item slots which can be used for equipping weapons and shields. However, in previous games in the series, items equipped in these slots don’t always show on your character. This is because those games have a limited number of visual slots for items, which means that, at times, items conflict with each other and only one of them is displayed. So, for example, if you are carrying a one-handed sword and a one-handed mace, they would both occupy the same visual slot and, in the end, only the sword scabbard would be shown on your character. In singleplayer, this only goes to break immersion a little but overall it doesn’t present any gameplay issues. However, in multiplayer this simplistic system causes a slight issue. With a skill-based game that is as up close and personal as ours, it is important to be able to weigh up your opponent and assess any potential threats before you engage. We thought about this and decided that the best solution is to visually display each weapon type that is being carried on your character. 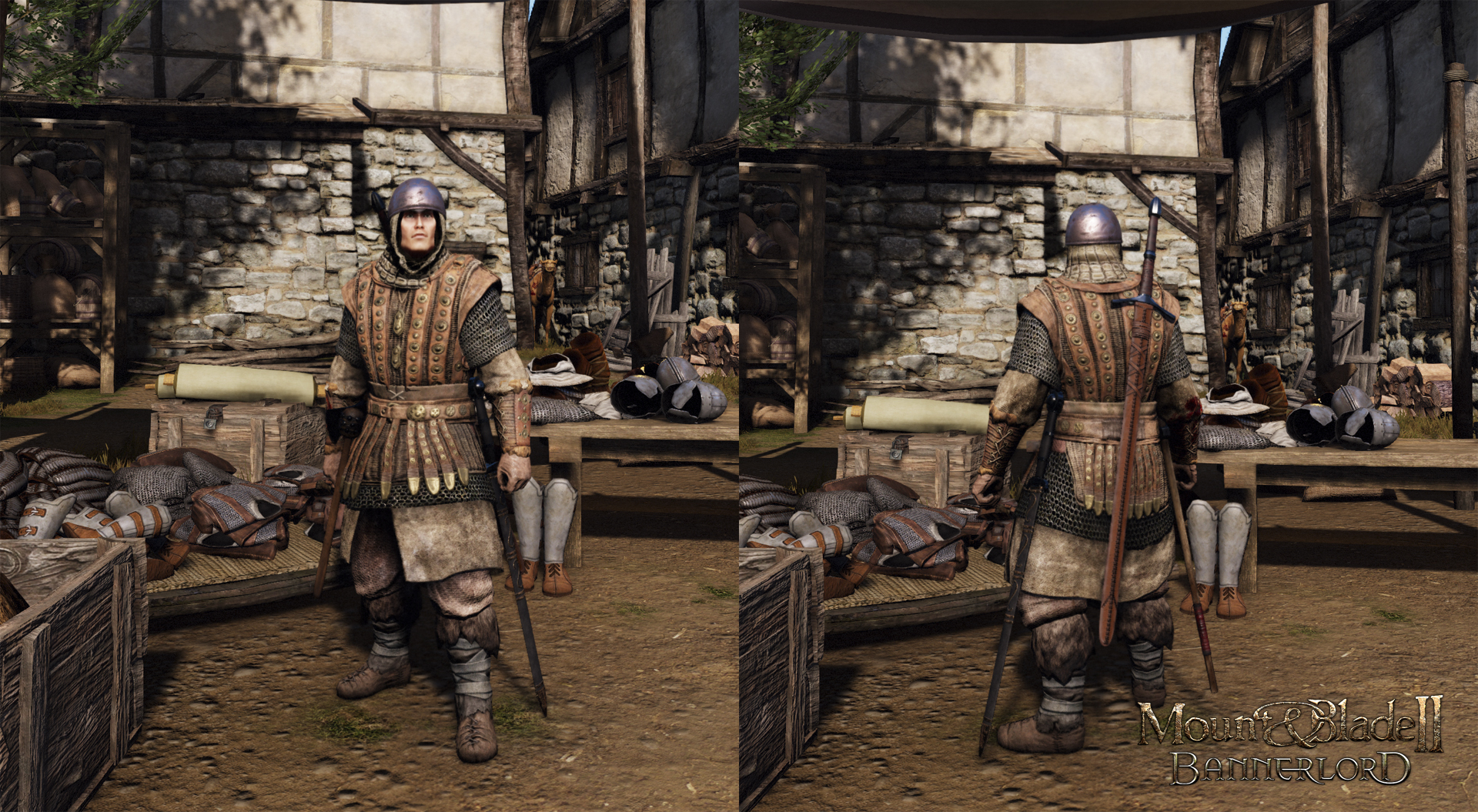 This means that if you are carrying a sword, an axe and a club, as can be seen in the screenshot above, they would all be displayed on your character. But, if you were carrying 4 swords (for some strange reason!) then not all of them would be shown. (Oh, and before anyone comments on the two-handed sword being carried on the back, we are fully aware that this isn’t entirely historically accurate, but we think it looks cool nevertheless!)

In a previous blog, we looked at how we use inverse kinematics (IK) with shields to make blows look and feel more impactful. Our new physically based scabbard system borrows elements from the IK system to set rotation and twist limits to scabbards and combines it with spring physics to achieve a natural looking jiggle. This helps us to do away with the static character attachments of Mount & Blade: Warband and allows us to make the scabbard react to the movement of your character (which ultimately help to make your character feel more alive as you are running around the battlefields of Calradia).