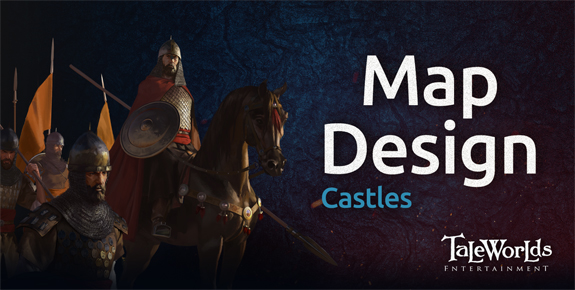 Castles are perhaps one of the most iconic images that come to mind when people think of the medieval era. These large and seemingly impregnable structures dominated the landscape in which they stood and projected an image of power and authority that aimed to impress both a lord’s subjects and peers. In last week’s blog we looked at some of the tools of warfare that were used to overcome the defences of these magnificent medieval behemoths and talked about the different ways that players can approach sieges in Bannerlord. In this week’s blog we would like to discuss the thought process that goes into designing castles for the game, from the historical influences we use through to the gameplay related decisions we make, and show you how this all comes together to make a castle for the game.

Historical Influences
In our faction overview blogs, we talked about the cultures and peoples that influenced the design of each of the factions of Calradia, and how this provided us with a solid base to build on and create our own take on this period of history. Using real-world cultures in this way gives us the advantage of having a wealth of historical sources and knowledge to take inspiration from and allows us to cherry-pick the parts which we find interesting and exciting to include in the game. This kind of readily available information is extremely useful when it comes to designing architecture for the game, and in particular, castles. (There really isn’t much room for experimentation or running wild with your imagination when your life is on the line, and poorly designed or unnecessary features could end up costing you a lot more than just the gold in your chest!)

For most of our factions, this process is quite straightforward. After all, there are many medieval castles that are still standing and in use to this day. However, when it comes to a faction like Battania, which draws its inspiration from the native tribes of the British Isles, things start to get a little more complicated.

The British Isles were subject to many waves of invaders and settlers over the years, each bringing their own advancements in architecture and warfare with them. The arrival of these various cultures with their different building methods slowly superseded the traditional earthwork and wooden defensive structures of the Celts and the Picts. This presented us with a choice: do we closely follow the design of the original structures? Or, do we take inspiration from the designs which followed?

In the end, we decided to make use of the beautiful extensive hill forts and massive earthwork ramparts of Iron Age Britain, while trying to stay away from the Norman influence on castle building (which we use for Vlandia). We include features like multiple rows of ditches and earthwork defences, while trying to keep the circular forms of the original earthwork with each upgrade level of the castle.

This thought process carries over to all of our factions. We try to stay true to original designs to make each castle believable enough as to not break the immersion of the player, but still leave enough room for us to inject some of our own ideas and style into each castle!

Upgrade System
The castle upgrade system in Bannerlord allows us to have greater variety in our castle designs. Apart from the additional depth to the campaign that this system brings, we try to use it to create different experiences for the player when attacking or defending a castle.

The system is quite simple: castles start at level 1 and can be upgraded twice to reach their maximum level. In the example castle below, with each upgrade the castle gets taller, more dominant towers; better positions to deploy defensive machines; deeper walls at critical points for larger troop formations; greater coverage over its gatehouse; and the opportunity to deploy a layered defence.

While it may be acceptable (or even preferable in some instances) to assault the gatehouse of a level 1 castle with just a battering ram, as the castle is upgraded this kind of simplistic approach becomes less viable, and by level 3 you will need a well-coordinated attack to be able to breach the defences.

However, with that being said, this might not necessarily be the case in every instance. A castle placed on a hilltop or on a plain might grow stronger in more than one way with each upgrade, while one that incorporates some form of natural defence, such as a lake, won’t have the room to expand and will only receive the benefit of taller towers and walls with each upgrade.

Gameplay
As far as playing styles go, Mount & Blade games offer players a number of different ways to approach battles. In sieges we can simplify this a little and look at it as two main styles: commanding your army to its maximum potential from the rear; or fighting on the front lines and creating opportunities for your troops to exploit. In Bannerlord we want players to be able to experiment and choose their own way to approach sieges, and this is something we take into consideration when designing castles.

No matter how large or complex our castles are, we always try to give commanding positions for both the attackers and defenders. A small hill near your siege camp, or the tallest tower in your castle might not be the best position to utilise your character’s combat potential, but it would give you a great vantage point to oversee the battle from and make it easier to command your troops. Meanwhile, shortcuts between battlements and multiple chokepoints built into the map give you the opportunity to move to where you are needed to hold back an attack or break through a defence. 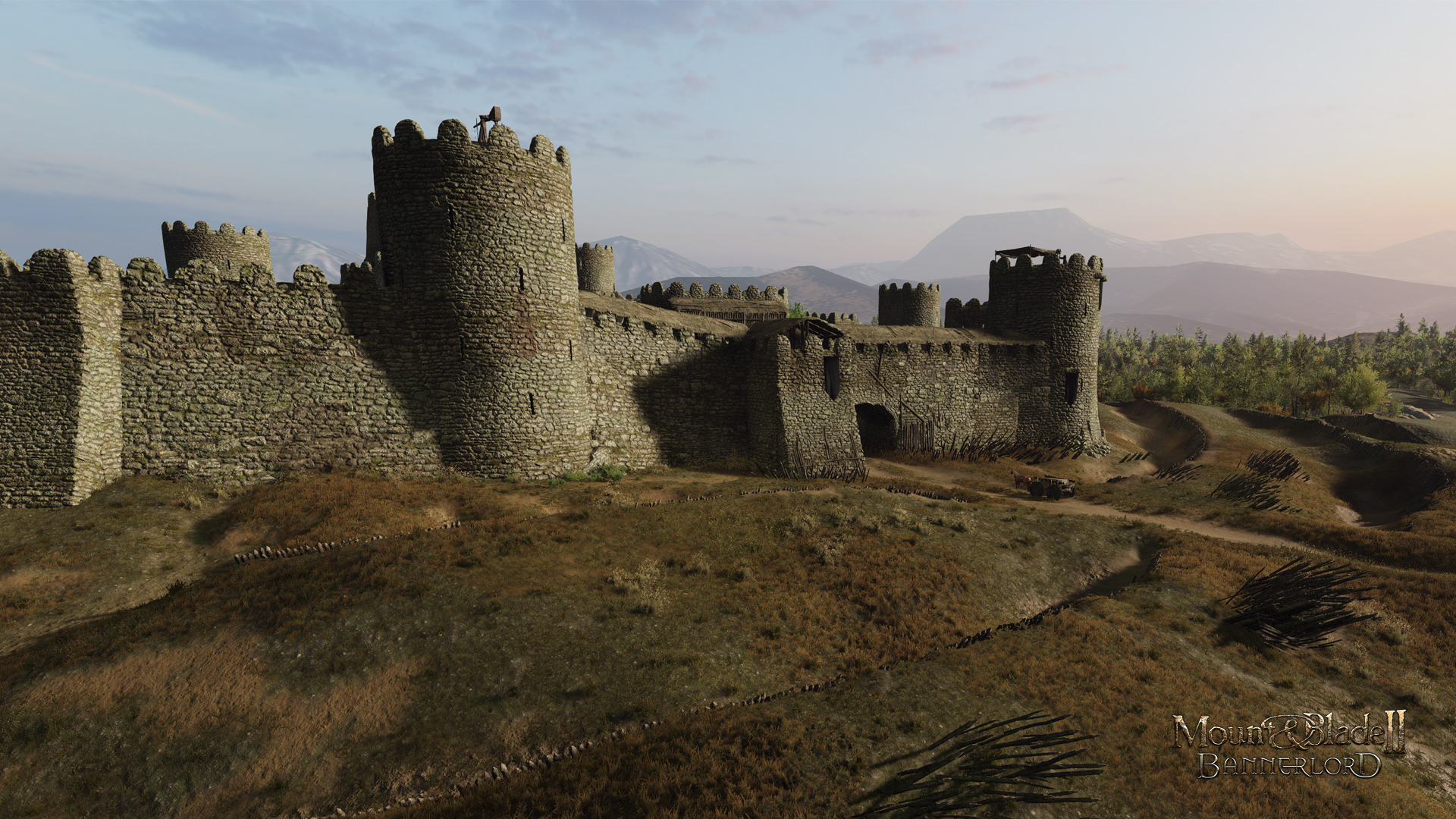 Join the conversation and comment on the forums! (222 comments)