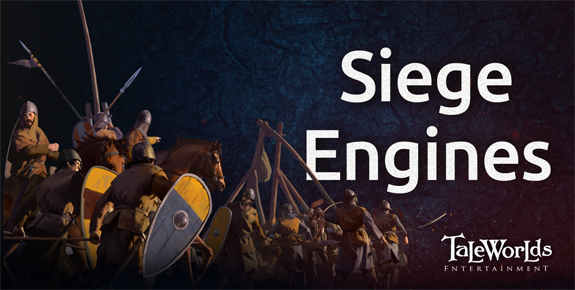 Built in strategic and highly defensible locations, castles enabled lords to exert power over the surrounding populace and protect their lands against any would-be invaders. Towering parapets gave the defenders vantage points from which to rain down a hail of missiles on anyone foolish enough to try a direct assault, and thick, sturdy walls provided ample protection for those within.

But, castles were not invulnerable to attack. As with any sort of arms race, for every type of defence developed, an equally ingenious counter was conceived. In this week’s blog, we take a look at some of the impressive tools of warfare that were used to overcome a castle’s defences and discuss the role that siege engines will play in Mount & Blade II: Bannerlord.

Siege Ladder
Siege ladders offered the simplest form of assault to a besieging army: escalade. Naturally, this kind of direct assault put the defending forces at a great advantage, with the top of each ladder acting as a choke point. The purpose of this kind of assault might not have necessarily have been to overrun the defenders, but perhaps to capture a vital strategic point, such as a gatehouse, which would allow the main assault to commence.

In Bannerlord, they are used in much the same way. Siege ladders act as a way for troops to scale the wall, spread the defending troops thinly and exploit weaknesses in the defence. However, units are completely exposed when deploying ladders and ultimately that risk could be all for naught as ladders can be pushed away from the wall by the defenders. 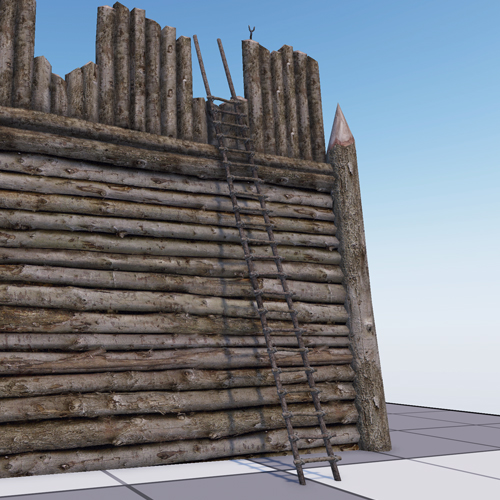 Siege Tower
Siege towers worked on a similar principle to siege ladders in that they allowed attackers to negate a wall by climbing over it. Siege towers offered one distinct advantage over ladders though; their partially enclosed design offered some level of protection to attacking troops and would allow a greater number of warriors to assault a wall at the same time.

In Bannerlord, siege towers work in exactly the same way. They provide protection to troops as they make their way towards a wall before lowering a drawbridge for the attackers to rush across. However, siege towers can be destroyed by the defending force, so players should make sure to suppress any defensive siege weapons before committing a tower to an assault. 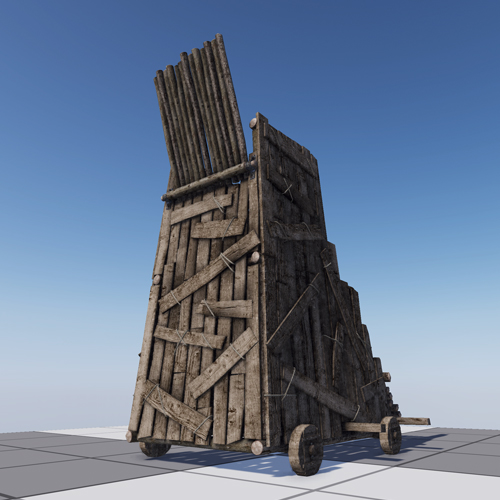 Battering Ram
Battering rams allowed attacking armies to take a more direct approach when assaulting a castle and worked through a mix of momentum and good old-fashioned brute force. The idea was fairly simple: attach a metal head to a tree trunk, then swing it repeatedly at a door, gate or wall until it gave way.

In Bannerlord, battering rams are only effective against the outer gates of a castle and, like siege towers, they can be destroyed. They have a roof to protect against light missile fire from above, however, defensive siege weapons can destroy this cover, exposing the troops within. 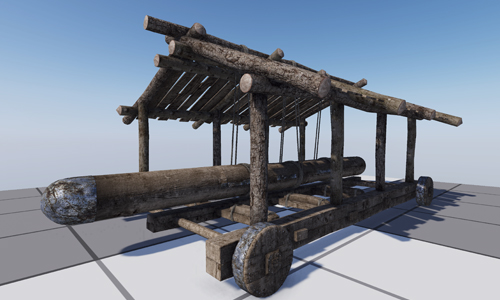 Ballista
Ballistae worked like a kind of giant crossbow by using torsion to launch a spear sized arrow or bolt at such a high velocity that it would pierce any type of armour and decimate anyone unlucky enough to be standing in its way.

In Bannerlord both attacking and defending armies in sieges will have access to ballistae. They provide a way for attackers to pick away at the defending troops before committing to a full-scale assault, or to help open any choke points that might develop as the battle progresses. Likewise, defending troops may wish to use ballistae to dwindle the numbers of the approaching enemy, or they could turn their attention towards enemy siege engines to prevent them from reaching the walls. Ballistae also have a fire projectile variant, which takes longer to build and has less ammunition than the standard kind, but is much more powerful against enemy siege engines. 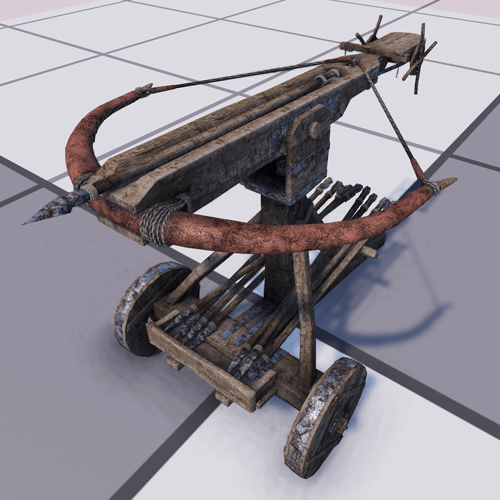 Mangonel
Another type of catapult used in siege warfare was the mangonel. The main aim of the mangonel was to create a breach in the castle walls by launching large projectiles from a bucket placed at the end of an arm. They were also used to hurl carcasses and excrement over walls in an attempt to spread fear and disease among enemy troops.

As with ballistae, both attacking and defending armies will have access to mangonels in Bannerlord. Players can build a standard version which can be used to target and destroy merlons during sieges, exposing enemy troops stationed on the wall. There is also a fire variant which deals more damage to enemy siege engines and has an area of effect type of damage against troops. 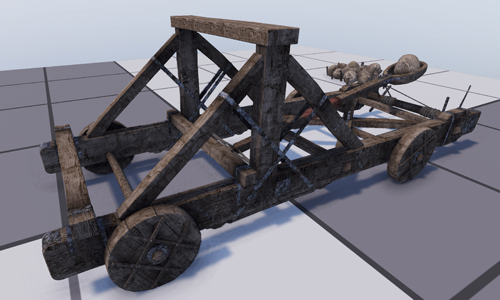 Trebuchet
Trebuchets were perhaps the most powerful type of siege engine used in ancient and medieval warfare. They used a pivoted arm to throw projectiles over great distances and came in two different designs: Traction, which was powered by people, and Counterpoise, which used a weight at the short end of the arm.

In Bannerlord you can expect to see the counterpoise trebuchet being used by besieging armies. They can be used to devastate defending troops from a relatively safe distance and destroy merlons and mantlets with ease. Trebuchets can also be built as a fire variant, which has an area of effect type of damage that is extremely effective against enemy troops. 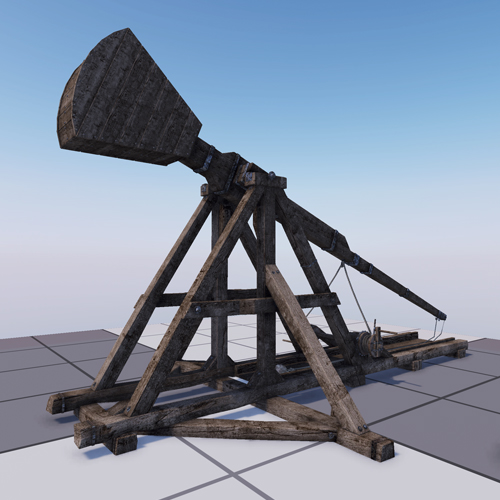 So how do sieges actually work in the game? When laying siege, an army surrounds a castle and cuts off the defender’s supply from the outside world. Prices of goods significantly rise as materials begin to run low, and eventually, the defenders can be starved into submission. This, of course, takes some time to happen, so it can be rather costly for an attacking force not to press its advantage when it has the chance (after all, wages still need to be paid and soldiers still need to eat!).

Assuming that the besieging army doesn’t want to starve their opponent out, they can choose to build siege weapons to be used in an assault, with each siege engine taking a set amount of time to build (depending on the type and level). As soon as an engine is built, it can be used to bombard the castle on the campaign map or launch an assault in the battle map. Attacking on the campaign map can create breaches in the wall which will make the final assault easier, however, this will result in casualties for both of the armies involved, so players should weigh up the positives of creating a breach with the cost involved (in terms of time and manpower).

Defenders also have a trick or two up their sleeve. They can sally out to meet the attackers at any time or wait for a relief force to arrive to break the siege. In the battle map, they have a well-protected position to hold with an endless supply of ammunition and murder holes from which they can throw projectiles and burning jars down onto the troops below.

In the end, sieges are bloody and costly affairs for all parties involved. They are chaotic and brutal… But they sure are a lot of fun.

Join the conversation and comment on the forums! (149 comments)