Happy New Year to those operating on the Gregorian Calender and a round, warm hello to all. “Blog!”, they cried and it was written. 2013 has been a year of growth for us at TaleWorlds and with each passing month, work intensifies on Bannerlord. The new year has already started with the achievement of 100,000 likes on our official Facebook page. It feels like a great milestone and we'd like to thank everyone for all the support. Now let us tell you a little bit more about making Bannerlord.

For this week, focus will be drawn on the other half of “Team 1” (see Blog 3 for an explanation), developers of the combat and physics aspects of the engine, as well as web development. The room is calm and quiet, closest to the main door of all the development teams. Mount&Blade is arguably most well known for the originality of its combat system, so in developing the next full installment in the series, it is naturally an area which receives a lot of attention during design discussions and testing. A constant work of refinement. Visits to and from the engine team are a norm and work is done closely with the animators, whose role in the combat system is a vital one. 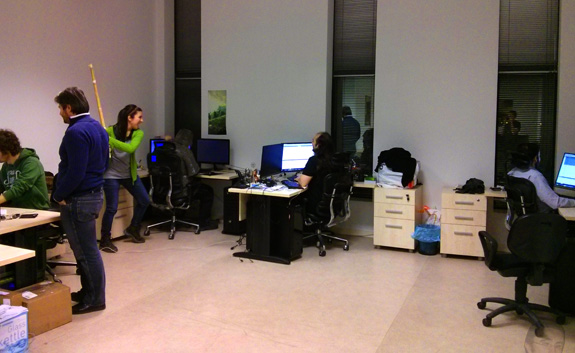 The team's efforts have shifted lately to improving the playability of the game, edging towards a point where testing can be done in a more constructive manner, with targets of “mini-releases” at the end of two week sprint work periods.

Right now the team is working on one of the most requested improvements for the new game: an expansion of the siege battles. “Request” covers everything from detailed 3 page detailed design documents, to messages saying “makE BetTer SIEges!1”, to people simply angrily complaining about the state of sieges in the previous games. Rest assured, in whichever form you express it, we hear it and it is something we're spending a lot of time on right now. 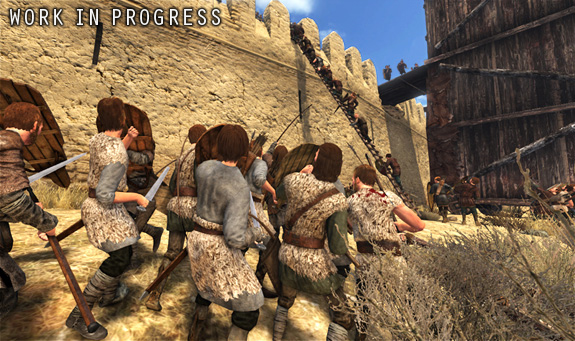 The goal is to add complexity to the relatively basic system in Warband. At the same time, it is important to avoid breaking something that already works. The benefits of the Warband sieges are that the attackers is pretty much always at a disadvantage, varying from castle to castle, but can overcome it with a superior force. By adding flexibility to the attackers with multiple points of entry, there will be potential for the player to use more tactics and not just brute force, for a more successful engagement.

Level design is key to the gameplay of sieges in Mount&Blade and with the artists doing the bulk of the scening work, communication between those making the scenes and those programming the mechanics is fundamentally important. As a company which has seen expansion, extra meetings and an active effort from those working on the game can sometimes be required to keep everybody up to speed. Ultimately, sieges should be something challenging but rewarding, dramatic. A part of the game where players have some unforgettable moments that separate good games from great ones. 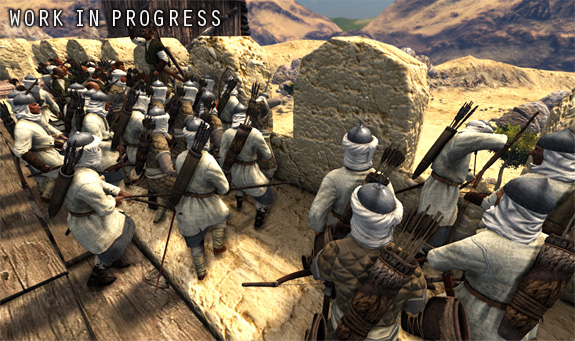 In the screenshots, you get a little taste of how sieges might feel and while a screenshot will never truly do justice to the chaos and terror of a Warband siege (let alone one in Bannerlord), you'll have to wait a little longer for a video to come out.Needless to say everything seen in the shots is a work in progress but there are a few bits and nibs to be sucked from them, hidden away like nectar in an orchid. Even bees don't eat for free.

The story ends here for now. Given the nature of Team 1's work, they will likely be the centre of some attention for many of the future blog topics. Hopefully it has been interesting to learn a little bit about what's going on.

Join the conversation and comment on the forums! (1044 comments)