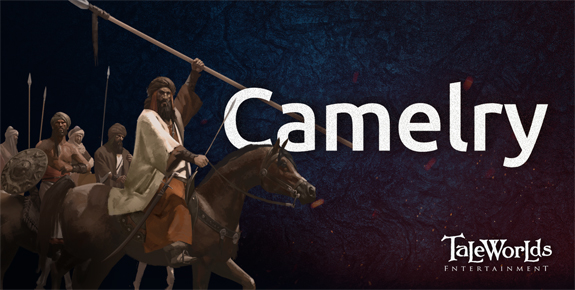 Hump day is behind us and the weekend is in sight; Thursday is upon us and it is time for another of our weekly updates! Grab a cup of camel-mile tea, sit back and let us introduce you to a new addition to the Mount & Blade series. 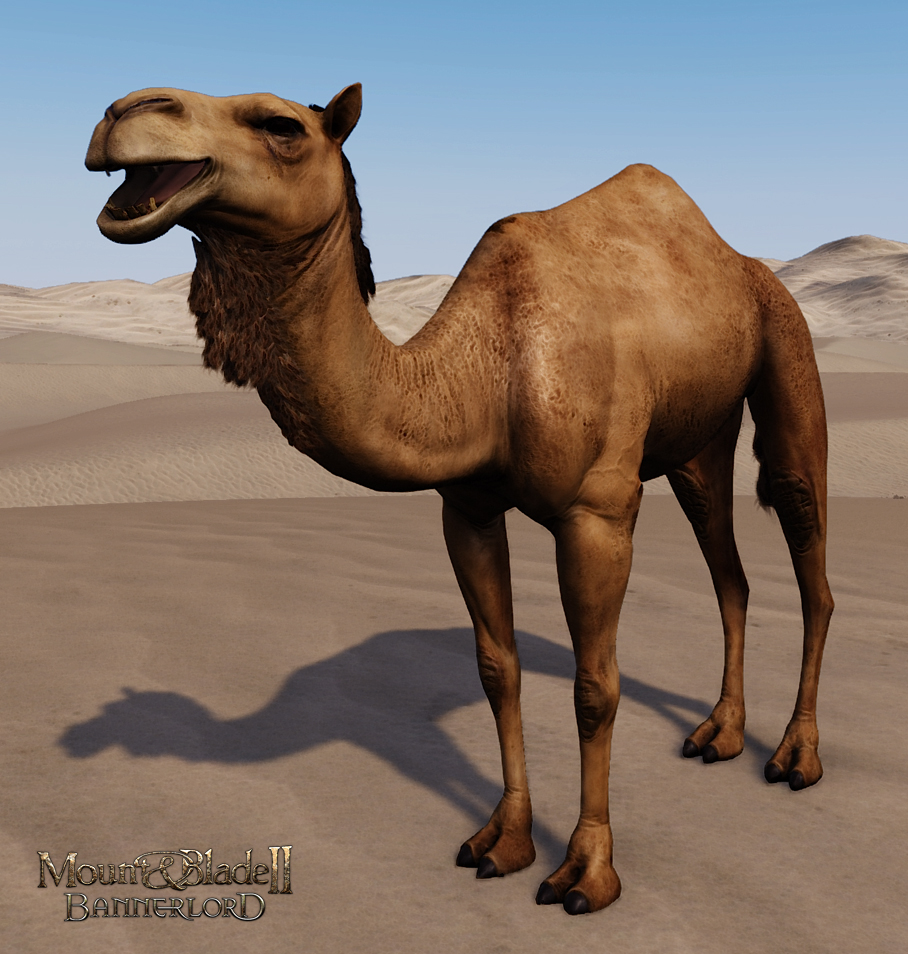 Superbly adapted to the desert regions which they populate, dromedary camels have contributed a great deal to both trade and warfare since their domestication thousands of years ago. Their strength, stature and ability to survive for extended periods without food or water make them an invaluable asset for anyone looking to make an arduous journey through a desert.

The Nahasa: the vast desert in southern Calradia, and home to the Aserai, makes for the ideal location for the inclusion of these magnificent beasts. Players can expect to see camels commonly in this region, working as pack animals in trade caravans or as camelry in battles. Although they are slightly slower and less manoeuvrable than horses, camels are able to withstand greater punishment – which is reflected in the game. The rider’s elevated position gives them a height advantage over horse cavalry, but limits their options when dealing with foot soldiers and makes them more exposed to missile units. Camels also receive a small bonus to their speed and manoeuvrability while travelling through the Nahasa, so players may wish to consider enlisting some of these animals into their service during any extended campaigns in the desert.

The process of making the camel required 4 steps: modelling, texturing, rigging and animating. For each step we searched for and analysed reference images and videos of camels, working closely to the sources to get the most realistic result. We created a detailed skeleton which contains a number of systems (like dynamic joints and a jiggle system) which made the rigging process take up most of the time, however we think the end result was worth it. Our animator gathered a lot of reference videos of camel movement and behaviour and wanted to note that he really enjoyed working on this project, because – in his own words: “camels are funny animals”.

Camels are just another example of some of the small additions and improvements we are making to Mount & Blade II: Bannerlord. They aren’t ground-breaking or game-changing, but they do add some additional diversity to our troop roster and give players more tactical options for both the campaign and battles.