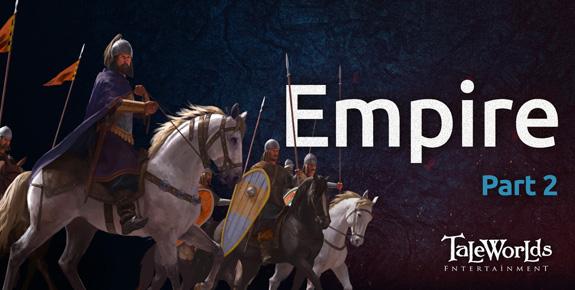 Last week, we had a look at the politics, history and personalities of the three imperial factions. Now we'll see how they'll be represented in-game.

Militarily, the Empire's troop types and equipment is drawn from ninth to eleventh centuries, a period of Byzantine resurgence. The Byzantines' best-known troops are their cataphracts, fully armoured cavalry who rode into battle with an arsenal of lance, sabre, and long-handled mace. But the Byzantines also had a full complement of medium and light cavalry, plus spearmen and skirmishers, not to mention whatever mercenaries they could get. They were masters of combined arms, authors of military manuals like the Strategikon that counselled patience over glory-seeking, pioneers of a more scientific approach to warfare. 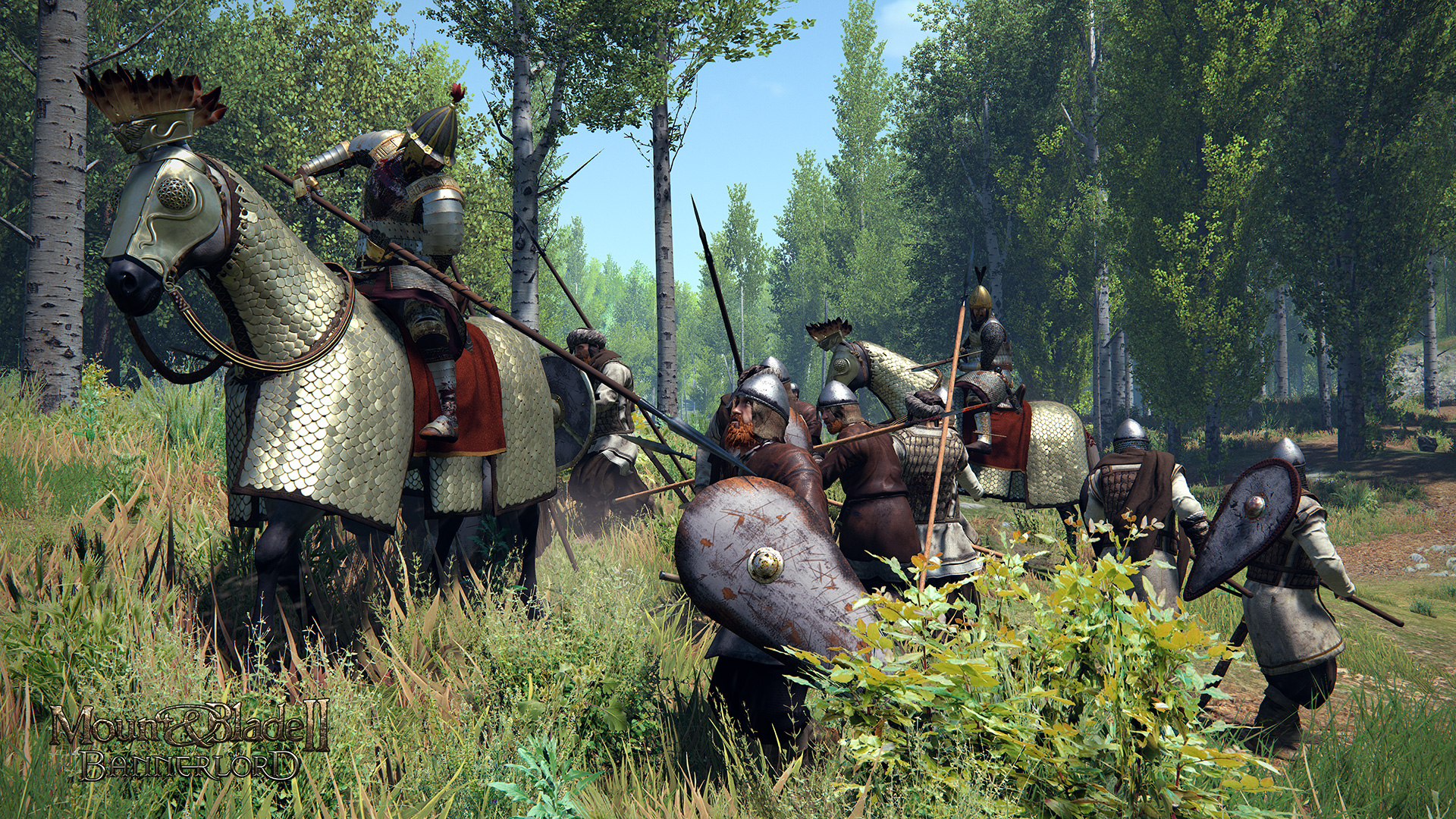 The Empire will also deploy powerful heavy cavalry, sturdy spearmen, and skirmishers, and our upgraded command system should give players a chance to experiment with combined arms. Improvements to the morale calculations, such as a shock effect from taking down a large amount of troops at once, can make tactics such as flank charges more effective. Imperial cataphracts are also designed for opportunistic attacks that benefit from being timed more carefully than the Vlandian steamroller. We've given them two-handed kontos lances - a slight anachronism, as these are more late ancient than early medieval weapons, but we think it will add interesting variety. Without the shield, a frontal charge by cataphracts might more easily be disrupted by missile fire, but if the enemy doesn't have supporting missile troops, then the extra reach of the kontos can be devastating. Their heavy maces, swung from a fast-moving horse, can also deliver a crushing blow.

As with the Romans, the Empire is assumed to have imposed a form of Pax Calradica - at least on its heartland, if not on the ever-embattled frontiers. Peace and stability has allowed cities to grow, so the empire is assumed to be slightly more developed than the outer kingdoms. In Bannerlord we've introduced a number of new ways to show this kind of accumulated investment. We can vary a city's economic muscle with the amount of workshops it has, and its defensive might is shown by outer walls that can be one of three levels, with different scenes for each.

As in all the realms of Calradia, regional variation throughout the empire will be shown largely through minor factions. Imperial border areas tend to be rougher and more chaotic than the heartland, and in the game are represented by frontiersmen. Though fiercely loyal to the empire, they adopt many of the ways of the warrior-tribes they face, from weaponry to a preference for blood feud over courts of law. The Watchers, in the northern hill country, represent the Akritai, the famous Byzantine borderers of Anatolia. In the south and east, colonies of fugitives and free-spirited wanderers have learned to live and ride like the steppe peoples they fight, forming the Eleftheroi. These are based on the Cossacks -- Third Rome rather than Second, admittedly but probably not much different than those who guarded the Byzantines' Black Sea frontiers. And of course we have a faction based on the Varangians, the fearsome Nord guardsmen of the Emperor, who in the tumult after Arenicos' death have formed a mercenary outfit.

An adventurer may make his or her name in the outer kingdoms, but to rise to the pinnacle of power in the game, a player will need eventually to deal in one way or the other with the Empire and its legacy. You may be an Attila who humbles it, a Justinian who restores it, or a Charlemagne who remakes it in a new form in a new land. Don the purple robe, or trample it into the dust under the hooves of your horse: that is your choice. 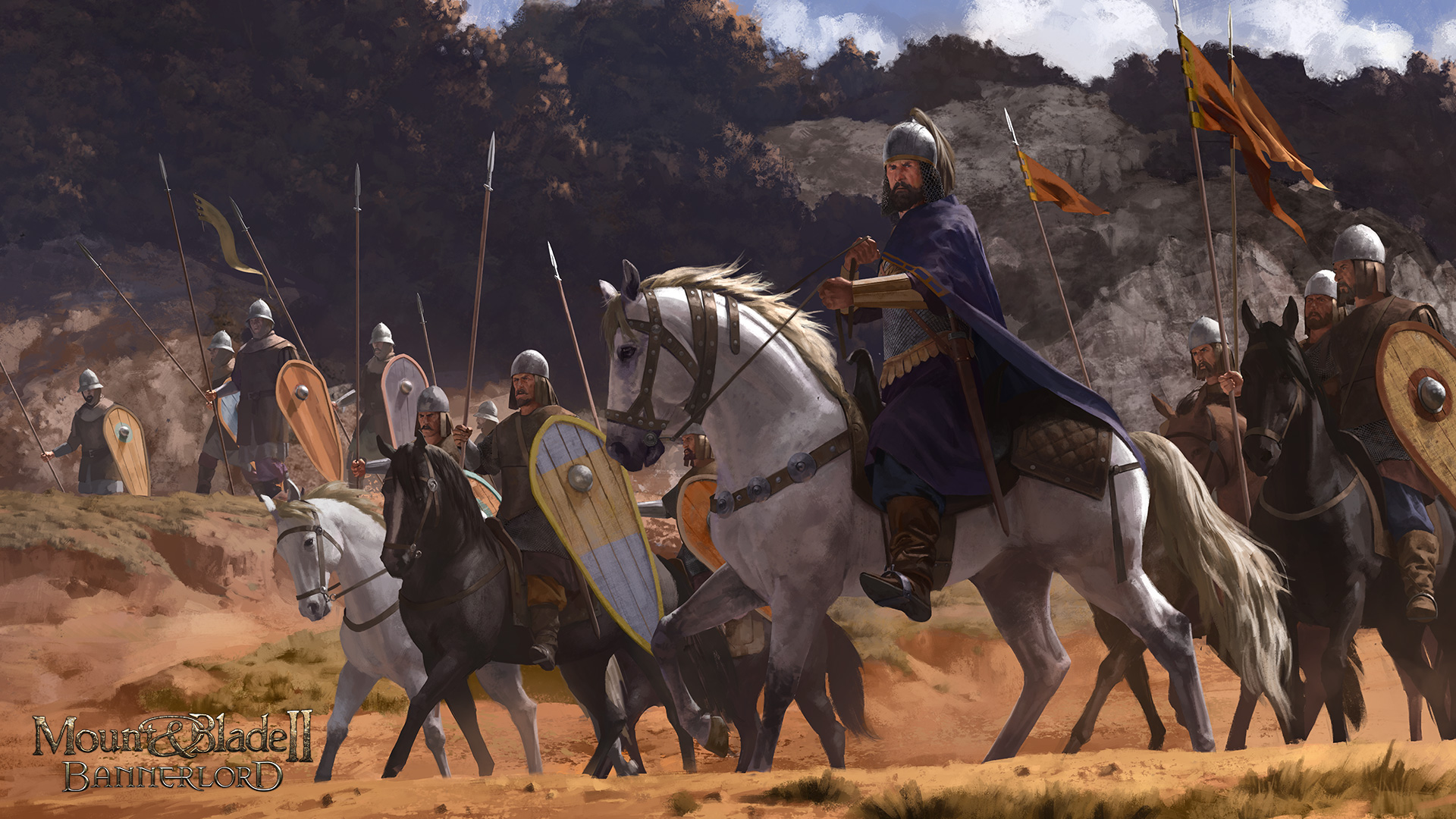 In next week’s blog we will be speaking to one of the programmers from our engine team, Gökhan Uras. If you have any questions you would like to ask him, please leave a reply in the comments and we will pick one out for him to answer.

Join the conversation and comment on the forums! (138 comments)