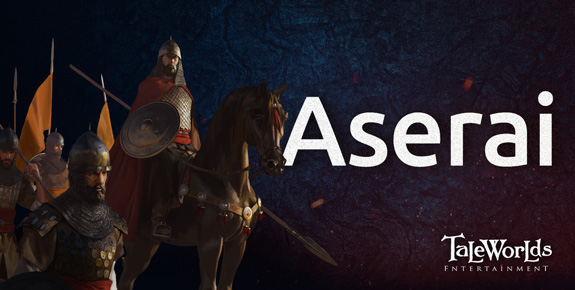 To the south of the imperial heartland lies the Nahasa, the Bronze Desert, ringed by mountains, hammered by the sun. A traveller coming over the passes from greener lands would first see fields of dunes broken by gravel plains and volcanic outcrops, shimmering under the heat haze. But there is water to be found underground, trapped in depressions or beneath the wadis where the occasional flash flood rumbles by. And in these oases people have settled. They are divided into dozens of clans and sub-clans, each with its elaborate genealogy, but are collectively known as the Banu Asera or the Aserai after the legendary patriarch Asera, whom they all claim as an ancestor.

The Empire even at its heights preferred not to send its legions into the army-devouring wastes. Instead, it projected its power into the Nahasa by cultivating clients and allies among the clans, who competed in an endless dance of power. Those clans that could secure a hold on the oases won an imperial subsidy to protect passing caravans and grew rich. Those who could not were pushed into the desert, left to raise goats and camels and raid caravans until they could plot a comeback. Today, with the waning of the empire offering new opportunities and new risks, the Aserai have agreed to form a confederacy under a sultan chosen from richest of the clans, the Banu Hulyan. But everyone knows that the dance has only temporarily been stopped, and at the right moment it will begin again. 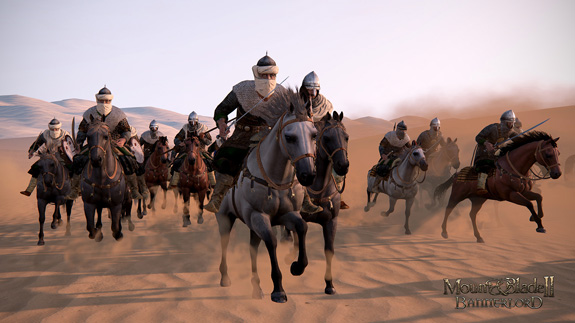 The Aserai are based on the Arab tribes just before the great Islamic conquests of the seventh century, which created a diverse tri-continental caliphate whose scale and institutions don't really fit Bannerlord's political system. In the centuries before, the Arabs formed a series of confederations and kingdoms inside and on the margins of the Arabian and Syrian deserts. Many think of the entire Middle East as arid wastes, even though most of the more famous battles, especially during the Crusades, were fought in coastal Mediterranean regions or the highland steppe of Anatolia. The Arab heartland however really is mostly desert. Our landscapes reflect the harsh beauty of dunes, craggy mountains, and oases, along with the less glamorous stretches of wasteland in between, like scrubland and dry wadis.

Historians have left vivid portraits of the chieftains, kings, and occasional ruling queens of Palmyra, Kinda, Hirah, and other principalities of the deserts. Some were morally complex characters, managing their domains with a mixture of cajoling, threats, bribes, skulduggery, bravery, and shameless nepotism. The Aserai sultan, Unqid, is cut from this mould. Their task was not made easier by warrior-poets like Imru al-Qais, Antara, and Tarafa. These untameable mavericks wrote lyric verse about the transitory nature of human experience, their memories of liaisons with their beloved in a now-deserted campsite slowly erased by wind and flood, then used it to segue into a string of boasts about the battles they won and the steeds they've ridden. We're using Bannerlord's new events system to create a backstory of grudges and feuds that will test an aspiring sultan's ability to placate and lead. 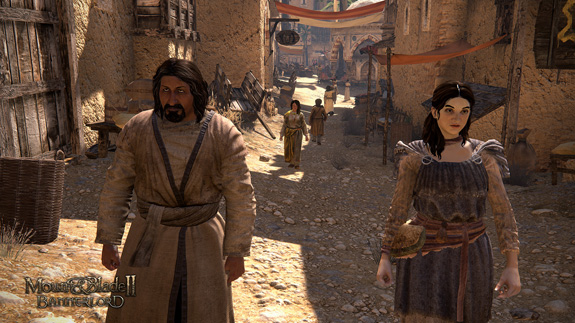 Mideastern armies are popularly associated with horse archers, but in fact those only became prevalent about two centuries after the founding of Islam with the influx of Turks. The Arabs fought with short sword, long spear, and foot bow. Warriors prided themselves on their flexibility, fighting as light mounted lancers or heavy foot, in formed ranks or as individual champions. Javelins, a favourite weapon of the Berbers, made their appearance in Islamic armies fairly early, and we have the Aserai use them as well. All in all it's a mix of good troops, pretty well balanced across cavalry and infantry. The Arabs were famously proud of their horses, and the Aserai breeds - produced by pastures in Aserai lands - will have unique characteristics. Middle Eastern warriors wore a mix of armours, often under richly embroidered textiles. Bannerlord's physics model gives us new options in bringing the pageantry of these armies to life, with banners, horsetails and robes fluttering in the desert breeze.

The Aserai, like all Bannerlord cultures, will have minor factions. The Jawwal are Bedouin nomads, like those who plagued caliphs, sultans and kings throughout Islamic history. And though our reference point is late antiquity and the very early medieval era, we've also introduced some institutions that thrived under the caliphs. The Ghilman, a brotherhood of slave-warriors, represent the forerunners to the Mamluks who fought for and later came to dominate the caliphate. Aserai towns meanwhile will be dominated by the back-alley mafias who feature in tales of urban Middle Eastern life, from The Thousand and One Nights to the novels of Naguib Mahfouz. The desert of the south will be hard to rule and dangerous to traverse, but the other realms ignore it at their peril, lest it suddenly throw forth a host capable of bringing empires to their knees. 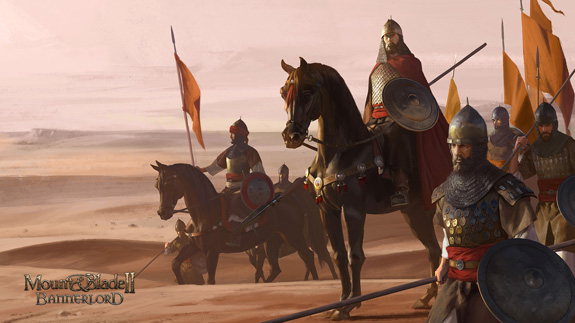 In next week’s blog we will be speaking with Writer and Designer, Steve Negus. If you have any questions you would like to ask him, please leave a reply in the comments section and we will pick one out for him to answer!

Join the conversation and comment on the forums! (200 comments)