To all interested and uninterested parties, let it be known that we at TaleWorlds are making a new game, by the name of Mount&Blade II: Bannerlord. It is the next in the Mount&Blade series and a prequel to Mount&Blade Warband. This is the third entry in our Developer Blog, talking about making the game to whoever wants to listen. Thisweek we're talking about the campaign team, developers of the game's single player mechanics and gameplay. The team formerly known as “Team 3”...

It is tradition in the blog, to discuss the relative location of the teams' rooms in the office. The campaign team is directly opposite the engine team (mentioned in blog 2) and again very central. This is equally as useful as it is for the engine team but not because the campaign team receive a large number of wanderers, it's because they do the wandering. By focusing directly on the gameplay itself, oftentimes additions or changes are needed from the engine team, the artists or whoever to make a planned game mechanic work. It doesn't matter if it's a tap on the shoulder, a lean from the side or an instant message; a campaign team member always wants something from you. A variation of a map icon perhaps, or a piece of your soul. 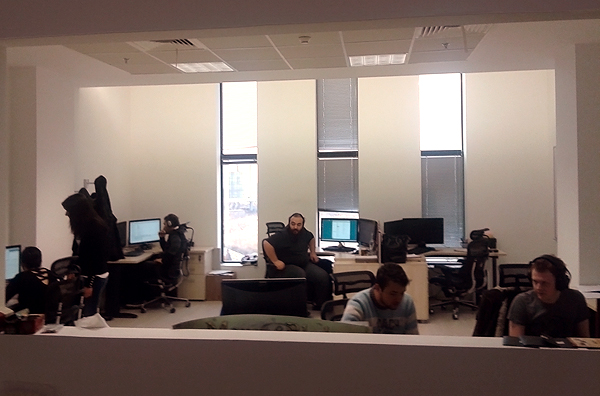 Due to restructuring earlier in the year, team 1 absorbed team 3 (now known as the campaign team) much like an uncontrollable super fiend in a B-movie, creating the largest team in the office. With development handled using a variation of the widely utilised SCRUM system, this means that despite separate rooms, the team is together every morning for the scrum meeting and every two to three weeks for the sprint start and end meetings. The idea behind this was to improve communication between both groups, particularly in the design meetings, to create a clearer effort towards completing the game. The morning meetings are attended by all members of both teams, as well as additional members from other teams, to keep everyone informed about the activities of the whole office.

The campaign sub-team focuses on the systems within the sandbox game that take place on the world map and in the settlements, as well as the interface and the campaign AI, with work on the in-game missions (such as tournaments, battles, sieges) shared across both teams. Much work has been put into the behaviour of the campaign AI, meaning that lords make more sensible decisions with unique influences simulating personal motives and faction obligations. Lords and ladies will sometimes group up into multiple armies, rather than Warband where it was always a collection of all the lords. Not only is the system more realistic but it will create much more variety in the campaign gameplay, fighting in multiple locations on multiple fronts, leading to more interesting choices and depth to the player's actions.

Development of this kind is incremental and behaviours need to be gradually corrected and improved over time, to include new actions. An example of this is ambushing. The mechanic and gameplay of ambushing itself needs to be developed but for a real implementation into the game, the AI needs to be programmed to make sure that lord and bandit parties also make use of ambushing in realistic ways. This adds extra layers to the development of a non-linear game like Mount&Blade, obviously creating complications but a necessary part of creating the games that we want to create and our players enjoy.

One area that could be called lacking in previous installments in the series is the interface. In the new game, most screens have undergone a complete revolution both graphically and functionally. The approach is to have graphical interfaces that are attractive, informative and simple to use with drag and drop being the most natural and intuitive method usable in almost any situation; combinations of control, shift, left and right clicking will allow acclimatised users to maximise efficiency and speed. During meetings, we go through and discuss the details of all these operations, taking care to make sure that the final product will offer a completely smooth experience. 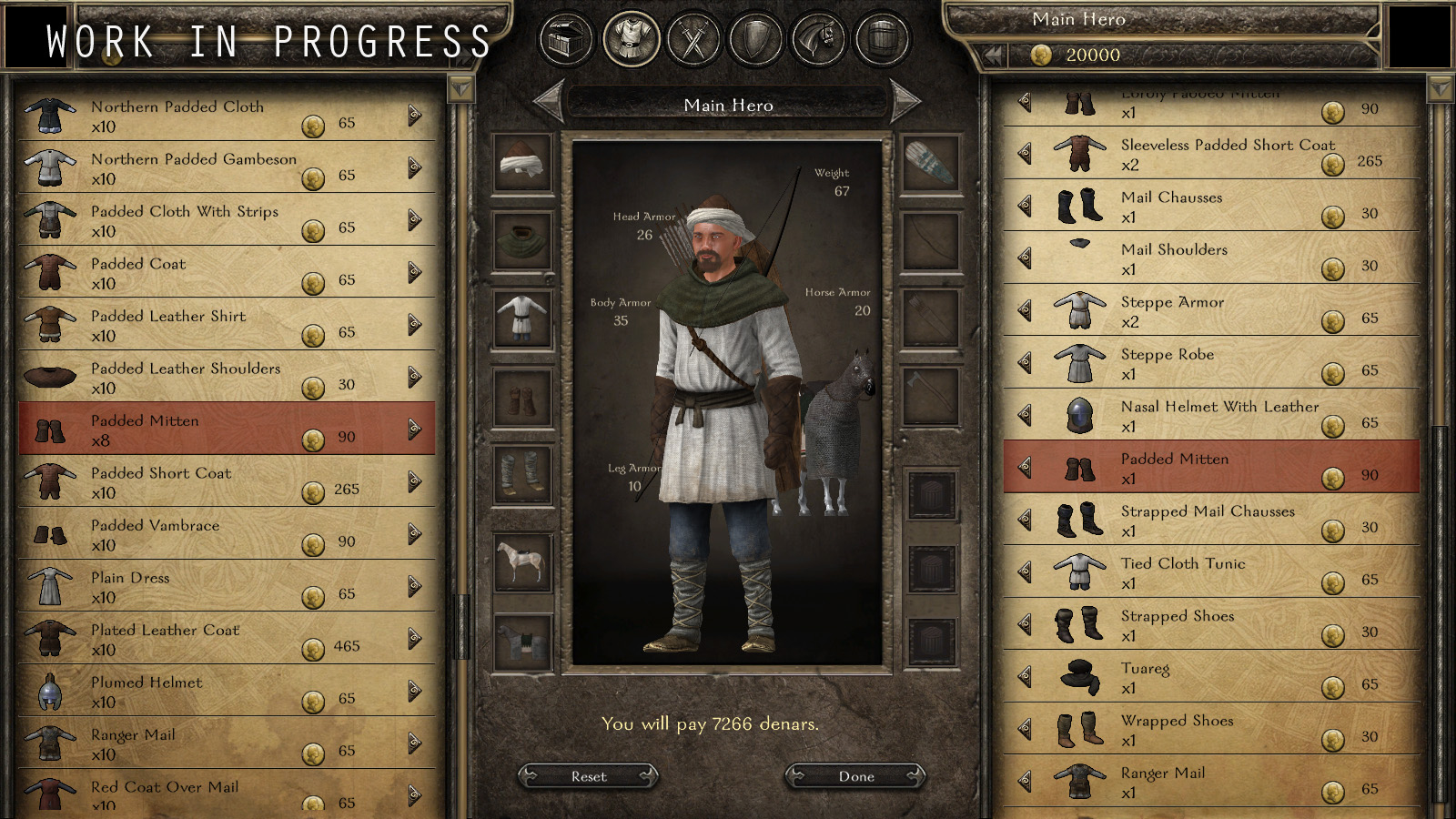 What you can see in the screenshot is simply a test screen so that we (the developers) can buy any item but the same screen is used for traders and general inventory management. One key piece of streamlining is the ability to directly equip your companions without having to open the conversation screen, switching between the main player and hero characters with the top centre arrows. Whilst this is a nice time saver, there will still be additional reasons to engage your companions in conversation and keep you immersed in the game world.

We've seen in the comments that there is a large demand for more things to do in the towns and villages, as well as for them to feel more alive and busy. Hopefully we'll have more to announce on that subject in the future.

P.S. At the time of posting this, there is around 5 hours left to vote for Mount&Blade II: Bannerlord in the IndieDB Upcoming Game of the Year category. Please help us out with your vote!

Join the conversation and comment on the forums! (489 comments)