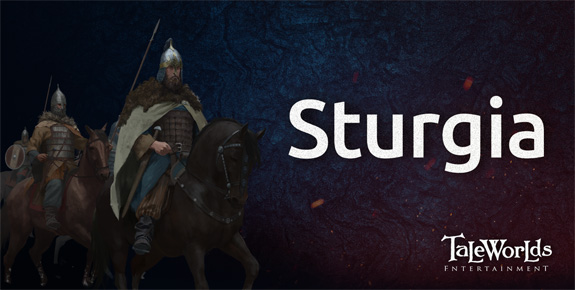 The Sturgian forests are forbidding and cold, but great wealth lies within. Wild honey can be found, and bog iron, but the real prize has always been fur. For centuries, brave traders ventured there to buy the pelts of fox, rabbit and ermine from the tribes of the woods. As the empire expanded eastward, that trickle of traders became a flood. Great towns sprung up on the rivers. Fortune-seekers came from the coast, from the steppes, and most of all from the Nordlands. Tribal elders made alliances with the newcomers, sealed by wedding vows, and with their share of the trading profits hired mercenaries to subdue other tribes. Sturgia became a collection of principalities, then a kingdom, the great powerhouse of the north.

The Sturgians are based on the federation of city-states known as Kievan Rus, located in today's Russia, Belarus and Ukraine. Like many boomtowns, the Rus river cities attracted people from faraway lands. Predominantly Slavic communities were forming into states at a breakneck pace and borrowing institutions, religions, and ways of trade and war from their neighbours. Greek missionaries, Finnic foresters, Turkic and Iranian steppe tribes, and most famously the Varangian Norse all left their mark on the aesthetics of Russian art, arms and armour. We think the motifs and styles of Sturgian equipment – gilded and peaked helmets, furs and gold brocade, runes and gripping beasts and folk embroidery and Arabesques -- will make it some of the most spectacular in the game. 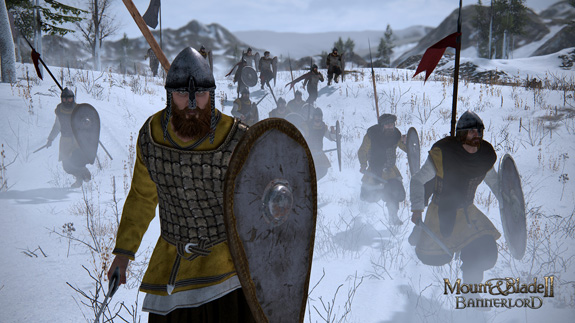 As with other factions, we let history be our inspiration for Sturgia's politics. The chroniclers weren't shy about expressing their opinions about the different princes. Some rulers, like Vladimir the Great or Yaroslav the Wise, have come down to us as far-sighted rulers. Others, like Sviatopolk "the Accursed," accused of murdering his brothers, or Vseslav, the sorcerer-king of Pskov, were depicted as some of the more colourful tyrants in medieval Europe. Raganvad, the current Sturgian prince, is cut out of the latter mould: he knows how to punish but not how to reward, and he'll put to the test the old dictum that it is better to be feared than loved.

The commercial ethic was strong in early Rus, with the town veche or council ensuring that merchants had a major role in state policy. Danger and opportunity went hand in hand. A Muslim chronicler recalls how the Rus father of a newborn boy would show the baby a sword and tell him this would be his only inheritance: the blade would have to win all the rest of it. The Icelandic sagas, though geographically very far removed from the Rus, have also been an inspiration for the Varangians' ideal of businesslike warfare and warlike business, the kind of society where a father could say, "Son, you've been lazing around the fire all winter. Time to get up and show you can take some responsibility for your life. Go pillage someone." 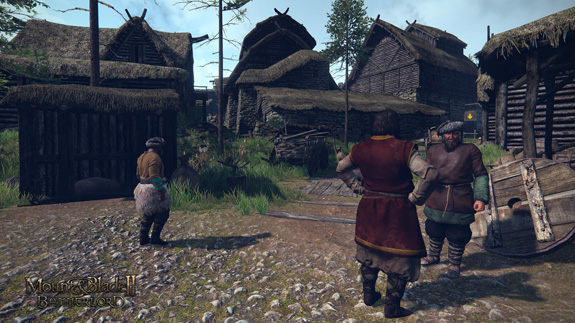 The Rus employed both cavalry and archers, but the core of their forces in the early period was most likely formed infantry - also a Norse speciality. We've been working on the close-up foot-slogging side of Mount and Blade. Look out for high-tier AI opponents bashing you with their shield in the teeth, following it up with a blade going into your ribs. Disciplined infantry will be more likely to stay in formation, and will leave a space for a player in their ranks so you don't get crowded too closely by your allies.

Now, the Nords were a favourite faction in Warband, and we know a lot of people are drawn to Vikings - the blood eagles, the shipboard funeral pyres, the berserkers eager to join the feasting at Valhalla. Sturgia is Nordic-influenced but it's not really a Viking state: the Nordlands are off of the map (for the present, anyway) and they wouldn't really form the kind of proto-feudal kingdom that the Bannerlord factions represent. But, if players want to have a west Scandinavian-style play experience, the raiding, the companions, the ring-swords, two-handed axes, Valsgarde helmets, hauberks and raven banners will all be there. Among the Sturgian minor factions are the Skolderbroda, a mercenary brotherhood based on the (possibly legendary) Jomsvikings of the Baltic. The Finnic tribes meanwhile are represented by the Sons of the Forest, a semi- nomadic clan that practices swidden slash-and-burn agriculture in the depths of the woods. At any rate, there should be plenty of allies and plenty of enemies for players who want to win their inheritance with the blade, the Rus way, in this cold land of deadly opportunity. 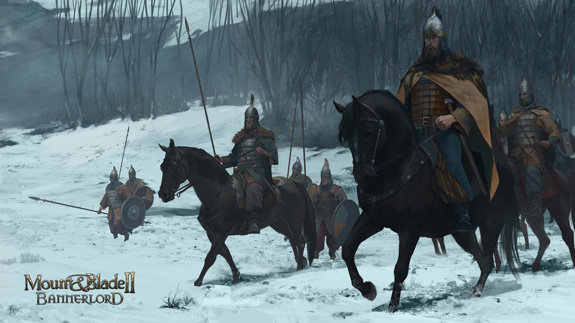 In next week’s blog we will be talking with Lead Programmer, Cem Çimenbiçer. Cem is a true veteran of the company, having worked at TaleWorlds since the original Mount & Blade! Cem works on a number of different programming aspects of Bannerlord, including AI, networking and combat animations. If you have a question you would like to ask him, please leave a reply in the comments and we will pick one out for him to answer.

Join the conversation and comment on the forums! (322 comments)