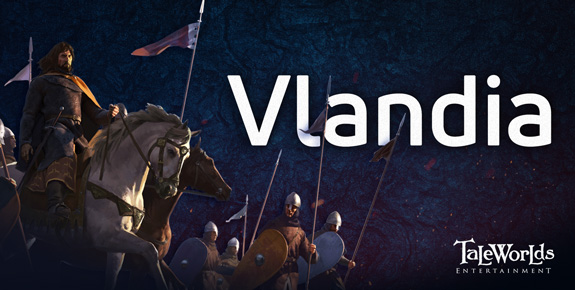 They came from overseas, mercenaries and adventurers, speaking the tongues of many lands, taking the empire's silver to guard the frontiers against the unsubdued tribes of the interior. They took their name from one of their first warlords, Wilund the Bold - Valandion, in Calradic - and became known as the Vlandians. Their heavy cavalry, second to none, ran down the Emperor's foes from the Aserai wastes to the distant steppes. But the empire never had as much silver as it needed, and treasury officials soon learned that it could pay its mercenaries with land grants and titles. This was perhaps not the most far-sighted of policies. The Vlandians settled, married, planted farms, and built fortresses. It was not difficult, during the recent interregnum, for Osrac Iron-arm to declare himself king, independent in all but name. He seized the imperial capital of Baravenos and the lands along the coast, and that was how the west was lost to the empire.

The Vlandians are based on the feudal states of early medieval Europe, in particular the Normans, the Norse raiders who settled in France then carved out kingdoms for themselves in England, Sicily, and the Holy Land. The Normans stunned their Byzantine and Muslim adversaries with the fury and discipline of cavalry charges with couched lance which, in the words of 12th century chronicler Anna Comnena, "could pierce the walls of Babylon." The knights combined extraordinary discipline in training for war with the tenacious pursuit of any land they could possibly conceive a claim to. Any grey area in feudal inheritance law was grounds for war. The careers of William the Conqueror, Robert Guiscard of Sicily, or the Crusader Bohemond were one of endless conflict: sometimes conquering more lands, but just as often over the relatively petty disputes of vassal against liege, brother against brother, father against son. 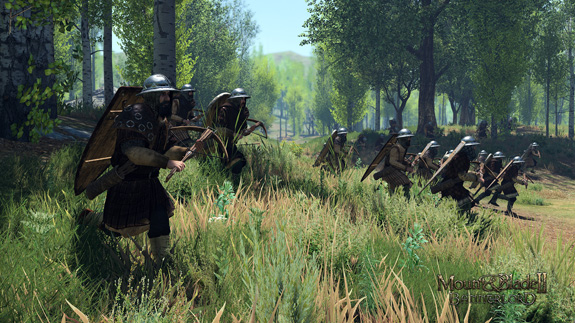 The Vlandians control slightly more territory than the other factions, but we've seeded the ground for a lot of internal dissent among them. The world-weary Vlandian king, Derthert, will have to deal with barons who are more interested in pursuing their own agendas than fighting under his banner. Mount and Blade: Warband also tried to model this "herding cats" aspect of medieval warfare, but some people found the implementation, in which lords could wander off on their own accord, to be frustrating. In Bannerlord, the new Influence mechanism will let the player spend influence to keep large armies of quarrelsome vassals in the field - but that resource is limited.

The Vlandians will have their share of minor factions. As with the Battanians and Khuzaits, these serve to emphasize the origins of the kingdom. For example, players who wish to emulate the adventurers who founded the Vlandian (and Norman) kingdoms can seek their fortunes with the Company of the Golden Boar, mercenaries who are based on medieval outfits like the Catalan or Free Companies. 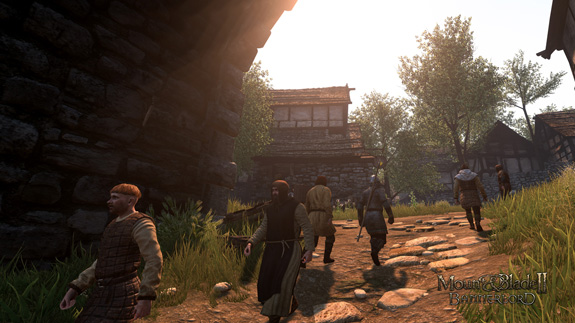 Vlandian arms and armour are based on that of Western Europe from the 9th to the early 12th centuries. This was a period of relatively fast evolution, and leaves us with some balancing issues. For example, there are textual references to what appear to be two-handed swords in this period, notably as wielded by Swabian mercenaries at the 1053 battle of Civitate, but as far as we know no artistic depictions or specimens. Two-handed swords were a popular weapon in Warband, so we're including them - but we're ensuring they're relatively rare, a hero's weapon rather than standard equipment. There's also come controversy about how frequently crossbows were used in the 11th century and before, but we're erring on the side of inclusion. Their use should help the Vlandians be as effective defending fortresses as the Normans were historically.

The couched lance charge is a deadly tactic - as it was, clearly, on the medieval battlefield. But it becomes much more effective when it's performed by a good rider on a powerful horse. In Bannerlord, we're trying to ensure there's a trade-off between specializing as light or heavy cavalry. Light horses will be noticeably more manoeuvrable but also more averse to physical contact. And even the best heavy cavalry should think twice about crashing into a wall of spears - even the Normans could not break the shield wall at Hastings, instead wearing it down with combined arms and feints. Still, used properly, a force of Vlandians can be a steamroller - just be sure to keep them focused on your enemies instead of your own lands. 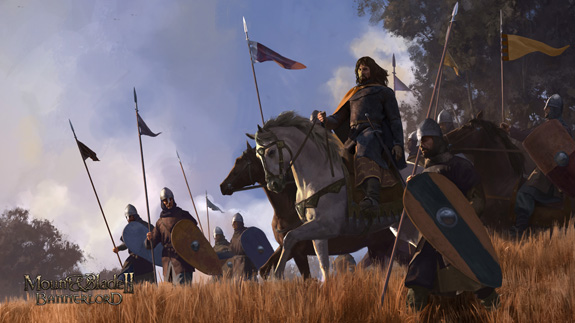 In next week’s blog we will be speaking with Software Engineers, Dündar Ünsal and Koray Kıyakoğlu. Dündar and Koray work alongside each other to ensure that the front-end (client) and back-end (server) of Bannerlord communicate efficiently and effectively. If you have a question you would like to ask, please leave a reply in the comments section and we will pick one out for them to answer.