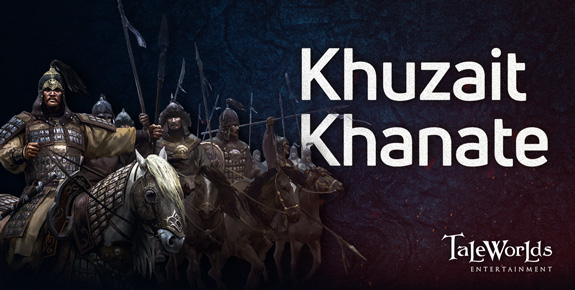 A century ago, the eastward expansion of the Empire met the great sea of grass in the centre of the continent. Beyond that, with no farmland where the legions could forage, they could conquer no more. They fortified their most recent acquisitions, the great trading cities on the steppe's edge, confident that the disorganized horse tribes beyond the frontier posed no major threat. Khuzaits, Nachaghan, Arkits, Khergits, Karakhergits - imperial officials barely even bothered to learn the names of the various clans and peoples, except when it was necessary to turn one chief against another with a bribe, or remove a rising khan with a vial of poison.

The steppe tribes were well aware how the Empire toyed with them. But they were jealous of each other, and an imperial title, a princess bride, or a chest of gold could give them a slight edge in the endless struggle for prestige and precedence. They raided, traded, took protection money to "escort" caravans across the steppe, and left the game of conquest to the settled peoples. Two generations ago, however, something happened far away to the east - a change in the winds, perhaps, or some terrible but distant conqueror - and the horse clans were set in motion. New tribes pushed westward, seeking fresh pastures. Unwilling to be crushed in the middle, the clans nearest the empire formed a confederacy under Urkhun the Khuzait. They caught the Empire in a moment of overconfidence. A force of legions was annihilated, the trading cities capitulated, and Urkhun's confederacy was now a khanate. 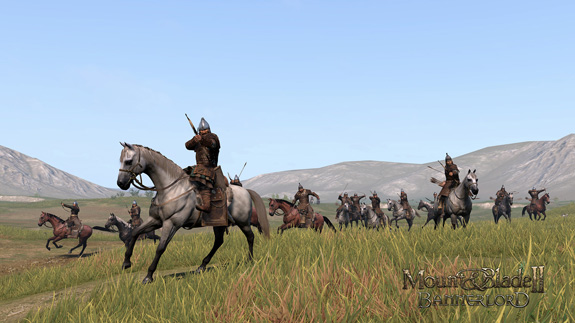 The horse lords now ruled over towns and farmers and counted tariffs and cropland. Urkhun imposed discipline on the unruly clans, forcing them to ride to war on his command instead of simply when they wished. But with the coming of statehood and its burdens, the spirit of unity was lost. Urkhun died, and though his descendants still rule the Khuzait Khanate, the other clans feel that they should be the ones to raise the nine-horsetail banner that symbolizes the supreme authority.

The Khuzait Khanate draws its inspiration from the steppe peoples of central Asia. Genghis Khan's alliance is probably the best known example, thanks largely to the remarkable document, the Secret History of the Mongols, which chronicled the Khan's rise from lone fugitive to the ruler of one of the greatest empires the world has seen. The Khuzaits are based partially on the Mongols but also on their more modest cousins, the Avars, Göktürks, Kipchaks, and Khazars, who were more regional powers than global ones. 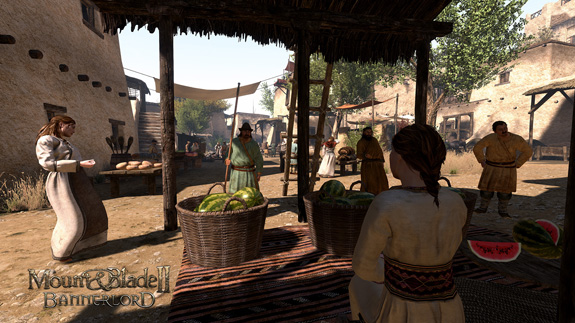 The nomads-turned-kings swiftly took on many of the cultural aspects of the peoples they conquered, so that the various Mongol or Turkic dynasties dressed, feasted, worshipped and administered their lands like the Chinese or Persian rulers who came before them. But it's clear that they still fondly remembered their heritage out on great grasslands. Travellers to the Uyghur capital of Ordu-Baliq wrote that the khan built a great yurt on top of his palace, apparently feeling most at ease in the felt tents of his ancestors even as he also enjoyed the protection of walls. We try to make the Khuzaits' settlements reflect this cultural mixing. And for those holdouts who would never submit to a khagan no matter what security or riches he offers, we have a minor faction, the Karakhergits, who keep the old ways.

The Khuzaits' military strength is their horse archers, who combine firepower with mobility. Computer games traditionally have a hard time striking the right balance for mounted bowmen - sometimes they could stay out of reach until the enemy broke, such as when the Parthians wiped out Crassus's legions at Carrhae, but they could also be brought to battle and broken, such as when Attila the Hun was defeated by Aetius at the Catalaunian Fields. There are many reasons why even the swiftest horse archers couldn't just dance away from close combat forever - the endurance of the horses and the supply of arrows, the need to protect baggage and ensure a water source. Usually the horse armies' greatest victories, like Kalka River or Manzikert, ended with a final climactic melee. With this in mind, Bannerlord is working to make control of the battlefield more important, so that skirmishing is usually a prelude to a clash and horse archer armies are exciting both to command and to fight. 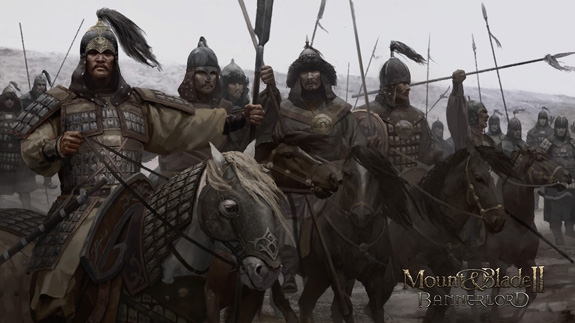 Join the conversation and comment on the forums! (205 comments)