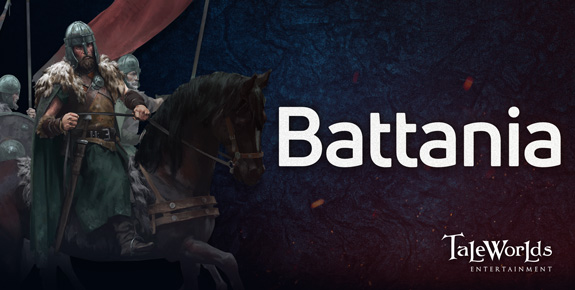 The misty hills of north-western Calradia are dominated by the Battanian clans, the original inhabitants of much of the continent. Their hilltop fortresses have born witness to countless wars fought to resist outside invaders: first the Empire's legions, and more recently the rising Sturgian and Vlandian kingdoms. They are masters of the longbow, the night raid, the sudden wild charge out of the woods. They idolise valour, but especially like it when mixed with a bit of mischief - the cattle thief who can whisk an entire herd into the fog; the champion who dines with a rival tribe, and, regaling his hosts with an anecdote of battle, produces from his bag the skull of one of their kinsmen that he took as a souvenir. 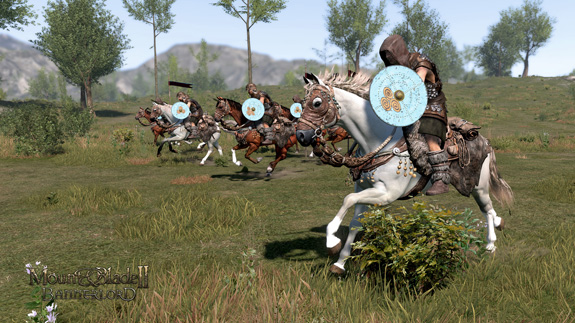 As readers have probably guessed, the Battanians are inspired by the Celtic peoples of Western Europe - in particular, the Picts, Irish, and Welsh of the early medieval era. So we'd like to take this chance to discuss how history influences our design. Mount and Blade's Calradia is a low-fantasy setting that we think gains from cleaving fairly closely to history. Our physics-based combat system, for example, gives a well-balanced sword or a hard-hitting axe the characteristics that you'd expect by looking at it. A murderous-looking ascent up a cliffside to assault a fort should be murderous in the game, thanks to an engine that gives defenders the ability to rain down rocks and arrows on attacking forces.

Because of this design philosophy, we try not to introduce any social institutions that would be impossible to find in the technological and economic setting we describe. But we also don't mind borrowing a bit from other times and places outside our core setting, the 10th and 11th centuries. For example, the Dark Age Celts built some mysterious and majestic structures, like massive roundhouses and complex concentric fortresses, but did not build major cities. By then, they'd been pushed back to the margins of Europe, where big cities were hard to sustain. Back in Caesar's day, however, the Celts still lived closer to the economic heart of the continent and created impressive towns known as oppida on key trade routes. So you won't find an exact archaeological antecedent for our Battanian settlements, which mix later Celtic architecture with earlier Celtic town layout. But we think the result will be both visually impressive and credible, sort of an alternate version of how Celtic settlements could have evolved had history been slightly different. 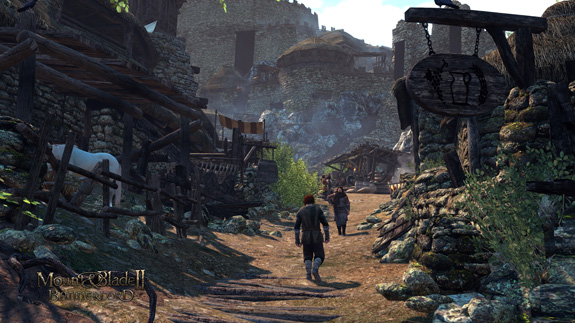 Lots of our characters, too, are based on history - or legends, at least. For example, the Battanian king Caladog is partially inspired by Gruffydd ap Llywellyn, who dominated much of Wales in the 11th century. He was a very colourful figure, ruthless yet possessed of a wicked sense of humour. He is famous for quipping, when accused of having killed off all his competitors for the kingship, "I merely blunt the horns of Wales' sons lest they injure their mother." The charismatic silver-tongued rogue, who'd steal your cattle and then extemporise a poem about it: this was a bit of stereotype of Celts among the English at the time. It's actually a common view that inhabitants of peaceful but despotic kingdoms held of tribal peoples who had a strong oral tradition and enjoyed freedom but little security. Boastful, cunning, resourceful, but perhaps a tad too cussed and individualistic for their own good -- the Battanians aren't an efficient conquering machine like some of their neighbours, but no one makes war with more flair.

Bannerlord gives us some new features to bring out the uniqueness of its cultures, but we're especially excited about minor factions - mercenaries, nomads and outlaw leagues that have their own agendas that aren't part of the struggle for power. One of the Battanian minor factions is the Wolfskins - a society of young warriors who have left their clans to live a life of freedom (and violence) in the woods. So long as they live 'as wolves' - eating no cooked meat, sleeping under no roof, and wearing no woven cloth - they are exempt from the laws of men. The Wolfskins are inspired by the Fianna, a fighting brotherhood who were the stars of a major Irish saga. It treats them as heroes, but they also have a dark side, extorting money from clans who are interested in mundane things like marriage and crops and don't have time to fight all the time. Simon Young, a historian who wrote a brilliantly entertaining reconstruction of "darkest Britain," AD 500, suggests that the Fianna may in reality have given rise to legends of werewolves. The Code of the Wolf however is our own invention. 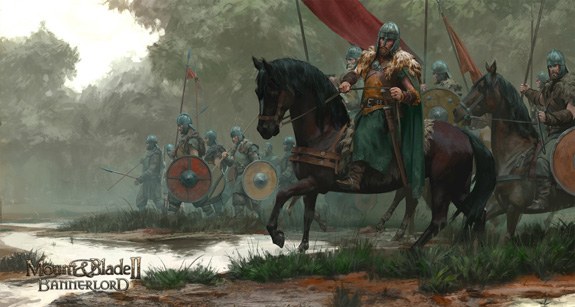 In next week’s blog we will be talking with Technical Artist, Gökalp Doğan. If you have a question you would like to ask him please leave a reply in the comments and we will pick one out for him to answer.

Join the conversation and comment on the forums! (90 comments)