As a preamble to this blog entry, we would like to extend our sincere thanks for the incredible response to the previous blog. We expected excitement and we know (because you rarely take a break from telling us, which is great!) that you want information from Bannerlord but the feedback certainly exceeded our expectations. The blog was our most liked, shared and far reaching post on Facebook, the forums went crazy (more so than usual), on Reddit we had a great interest on /r/mountandblade as well as reaching the front page of /r/Games and on Twitter... well predictably everyone had a lot of fun with caps lock.

Avid blog followers and newcomers to the series, in this, our second blog, we're talking about our team of engine programmers and their role in our development process. It is fitting that the engine team sits in the centre of the office, developing the core of the game. The room is generally busy with the comings and goings of demanding developers, the hardware is powerful and the attitude is relaxed and open. Inside dwell the gremlin exterminating gremlins. The light masters. The engine engineers. 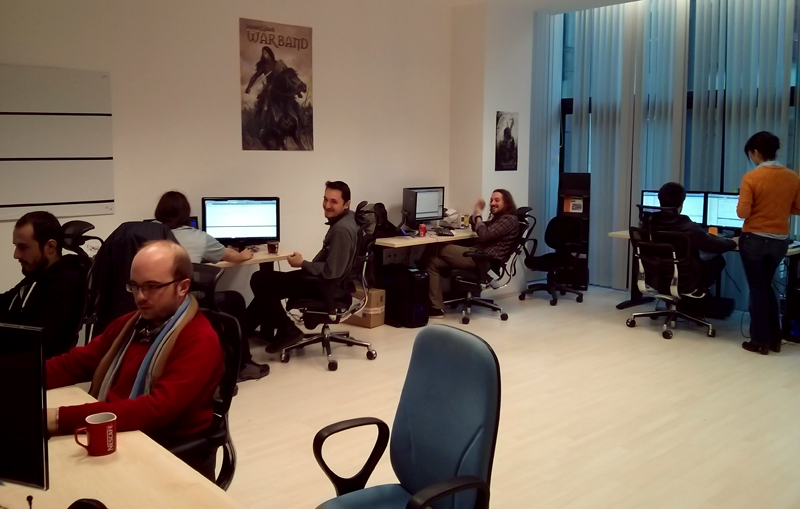 A game engine is effectively the framework behind the game itself and its development. The workload of our engine team covers the development tools used by our artists and programmers, graphics programming (lighting and shading) and control of various core behaviours like collisions between objects and physics simulation. Things beyond the comprehension of lower sentient beings.

One delight of Bannerlord's development toolset is the scene editor, which is used for placing all the objects like trees, and houses in a scene, editing the terrain, sky and lighting. It has taken large strides in the new engine and now has all the workings of a professional application with a great degree of control and polish. Not only does this massively improve the efficiency and quality of the scenes that artists can produce but it will be completely available for modders. As something that became a huge part of the previous games, modding is a primary consideration when developing Bannerlord. 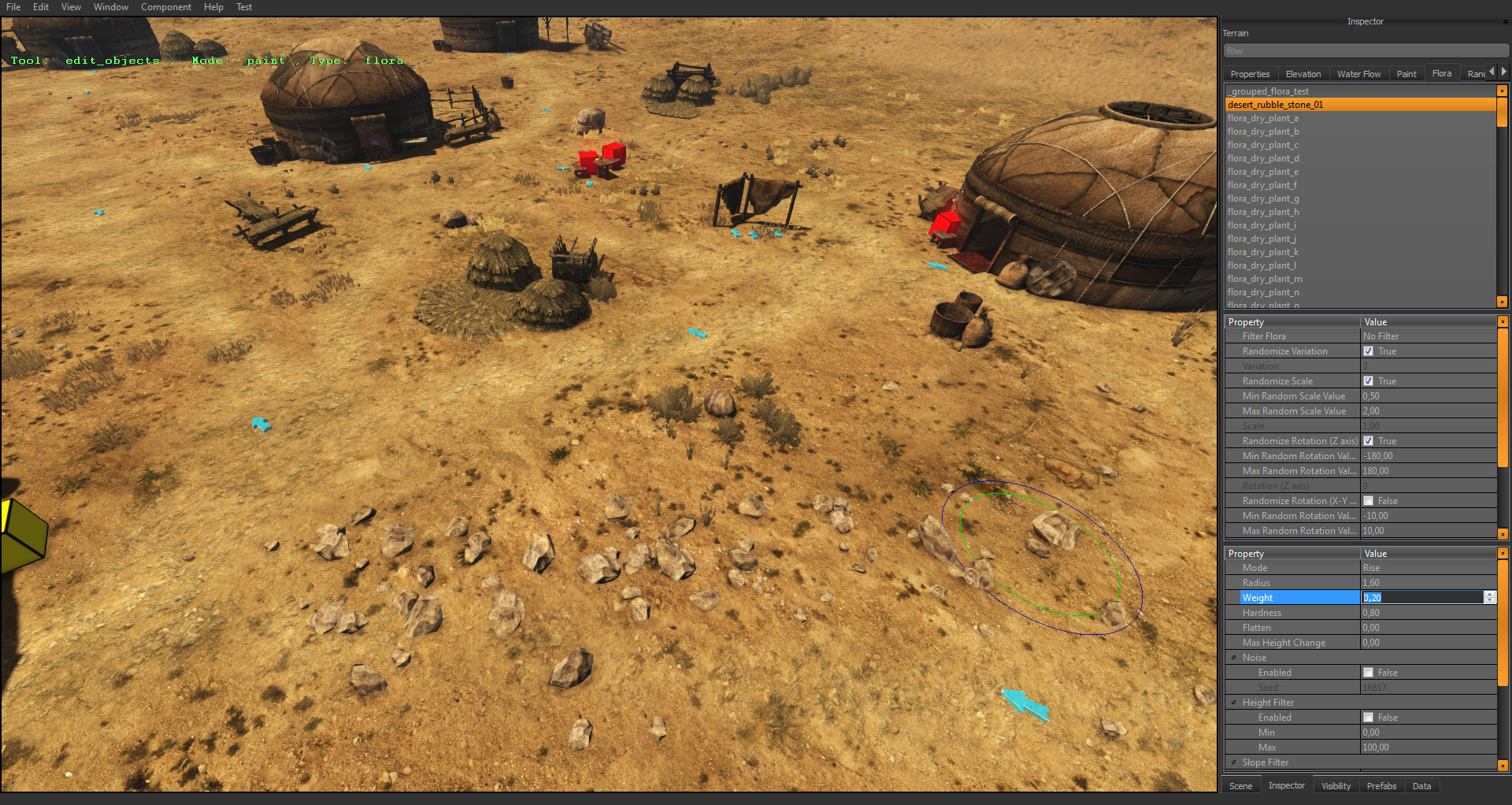 Much of the engine team's work is done on a request basis from the artists and other programming teams, so the tools progress alongside the game. Developing our own tools and engine in this manner means they can be catered for our specific needs. A simple example of this is flora painting. In Warband's scene editor, all objects including plants had to be added one by one but in Bannerlord, clumps of grass and small rocks can be painted with the sweep of a virtual brush stroke. They'll automatically sit nicely on the ground and rotate/rescale randomly within changeable parameters for a natural flow.

The images you are seeing are the engine running in DirectX 11. The final release will also support DirectX 9. This will make sure that the game makes the most of your PC and runs as smoothly as possible on high and low end systems. Of course, running the game in DirectX 11 will allow for tesselation and other advanced techniques to optimise performance and visual quality. 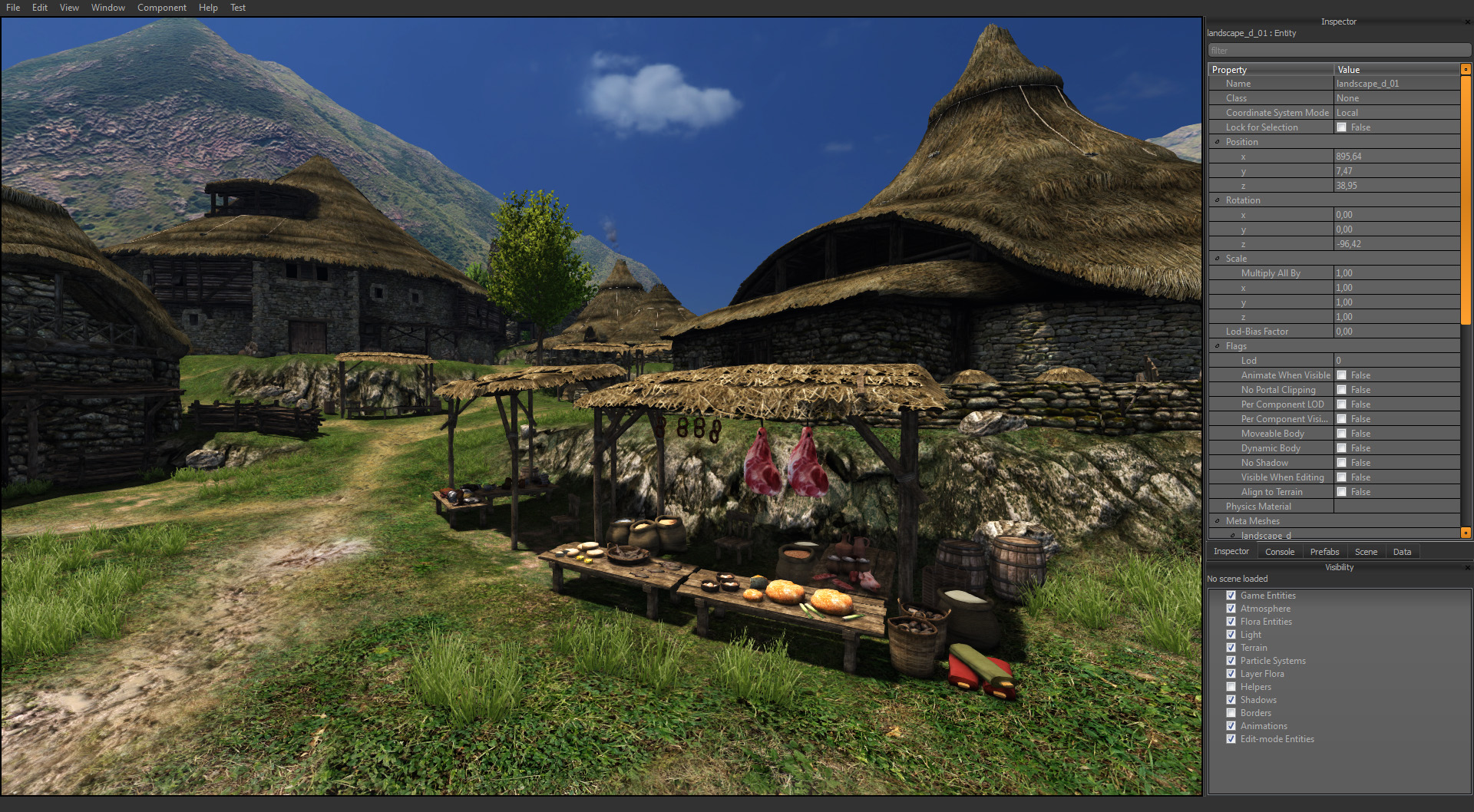 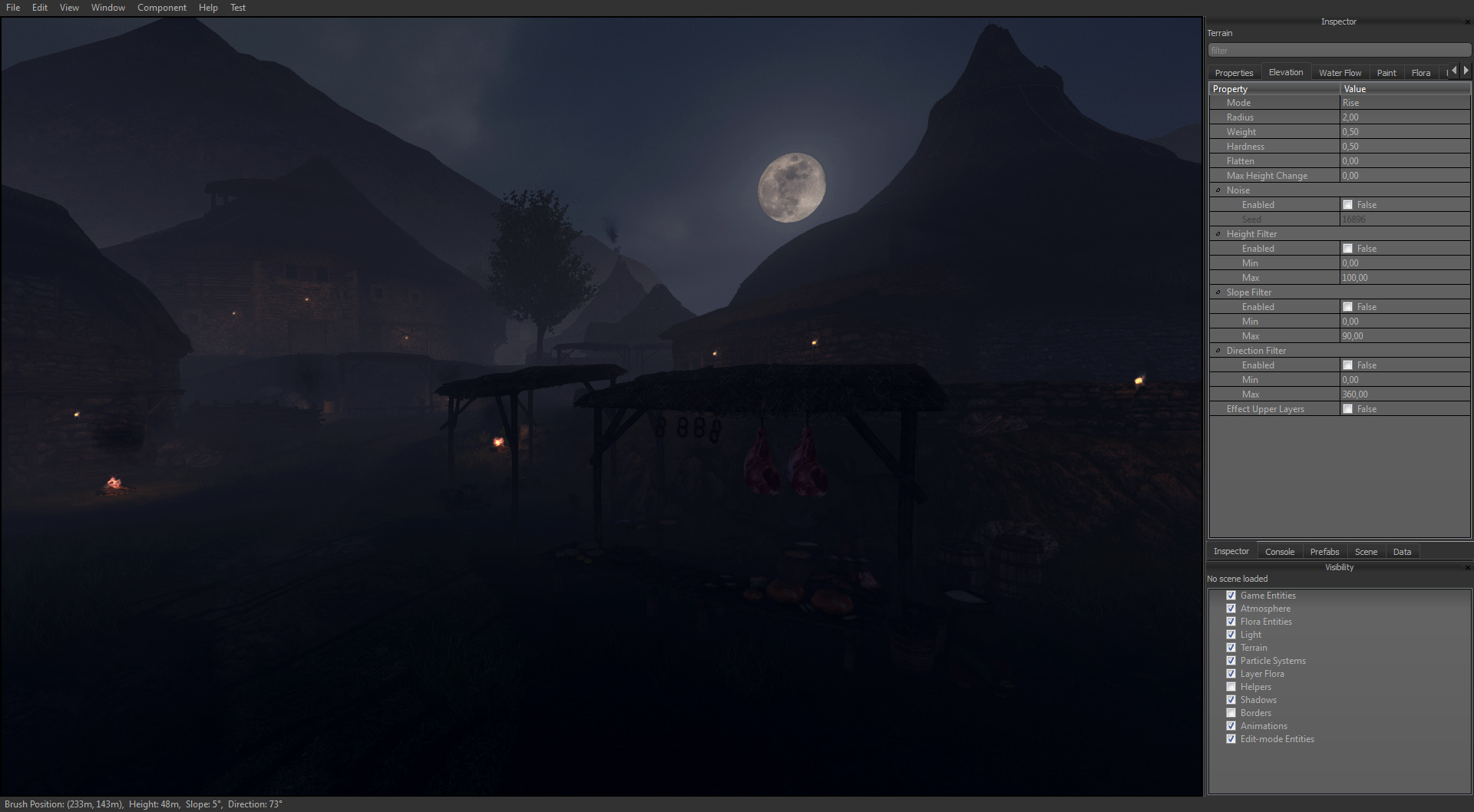 In the screenshots you can see examples of different atmosphere settings used in the same scene. It's not possible to list here, the extensive improvements and additions that our atmosphere settings have seen. What is worth noting though, is that although in the examples here we have created realistic visual effects, all of the variables of the fog and the lighting are completely customisable with effects, giving endless options to those interested in playing around with them for their mods or maps.

Enjoy looking at the pictures and scouring the writing in the editor for hidden treasures. Keep up with the blogs for more details on the other teams in the office and some juice about the gameplay itself.

Join the conversation and comment on the forums! (267 comments)