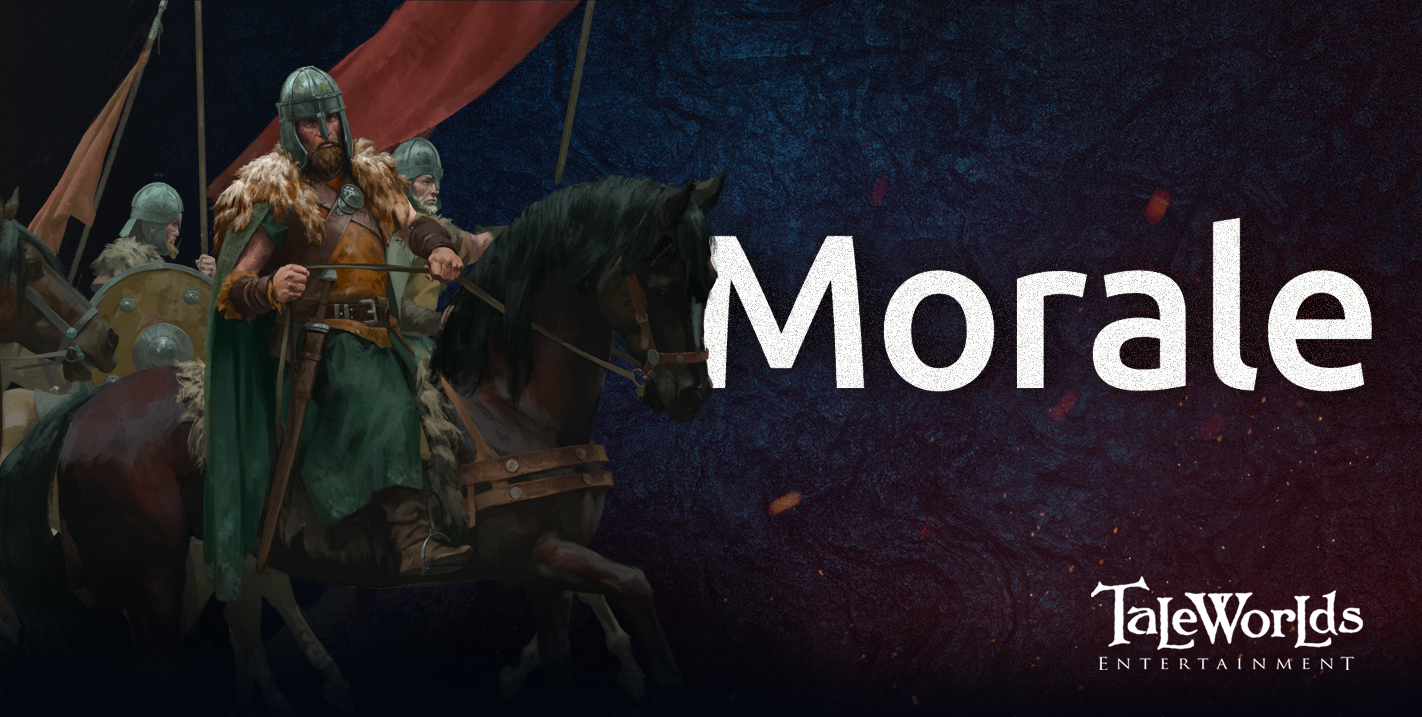 Morale is a key factor in warfare. An army can be greater in number, better trained and exceptionally equipped, but without the will to fight, none of that matters. Conversely, high morale can see people through extreme hardships, giving them the determination to press on and continue the fight long after all hope is lost, only to grasp victory from the jaws of defeat. In this week's blog, we take a look at how morale is implemented in Bannerlord, discussing its effects on both the campaign map and the battlefield.

On the campaign map, each party has a party morale rating. Your party’s morale is shown in the lower-right panel. If you mouse over this, you can see a tooltip that shows how it will change day to day and what factors currently affect it. Party morale changes mainly due to the result of your actions. Successful battles and raids will increase morale whereas excessive casualties and actions like sacrificing some troops during retreats will reduce it. Also, failing to pay wages or letting your troops go hungry are also rather detrimental!

If you manage to keep your party’s morale high on the map, you will enjoy a number of benefits. Your party will gain a slight speed boost and will also gain a small advantage in battle simulations. On the other hand, if you allow morale to fall below a threshold, some of your troops may desert your party to look for better employment.

While party morale is quite important on the campaign map, it is arguably more critical during battles. Medieval battles were fought in close quarters, which was no doubt incredibly stressful for the participants. Typically, battles were as likely to be decided on superior morale as fighting prowess.

At the beginning of the battle, each soldier is given a starting morale based on their party’s overall morale rating. After this, whenever a troop is killed or wounded (up to a maximum of ten), friendly troops that are nearby receive a morale penalty. This morale penalty is modified according to the commander’s skills and perks, and also other factors. For example, troops standing in a shield wall receive less penalty. Conversely, troops get a morale boost when one of their number scores a kill nearby. In practice, when two bodies of soldiers meet in the field and a fight ensues, morale will tend to drop over time. If one side is decisively winning, the other side will lose morale rather quickly. On the other hand, if the fight is more or less balanced, then both sides will lose morale, albeit more slowly over time. Whichever way the combat goes, usually some soldier's morale will eventually drop to a point where they will panic and start to run away. This is quite dangerous, because every time a soldier panics, this will also create a morale penalty on nearby troops and a few troops running away can easily create a chain reaction where an entire formation breaks and starts to run away.

We think that our interpretation of morale in Bannerlord can be summed up by a single historical battle: The Battle of Towton. During the battle, Edward IV led his troops from the front while his Lancastrian opponent, Henry VI, remained in nearby York. Edward inspired his numerically inferior force to a crushing victory over the Lancastrians after battling on for hours until reinforcements arrived, breaking the morale of the Lancastrians in the process. This started with a trickle of men deserting the battlefield, followed by battalions, before eventually, the entire army began to rout, where it is said that more troops were lost during the ensuing panic than died during the actual fighting.

Join the conversation and comment on the forums! (68 comments)