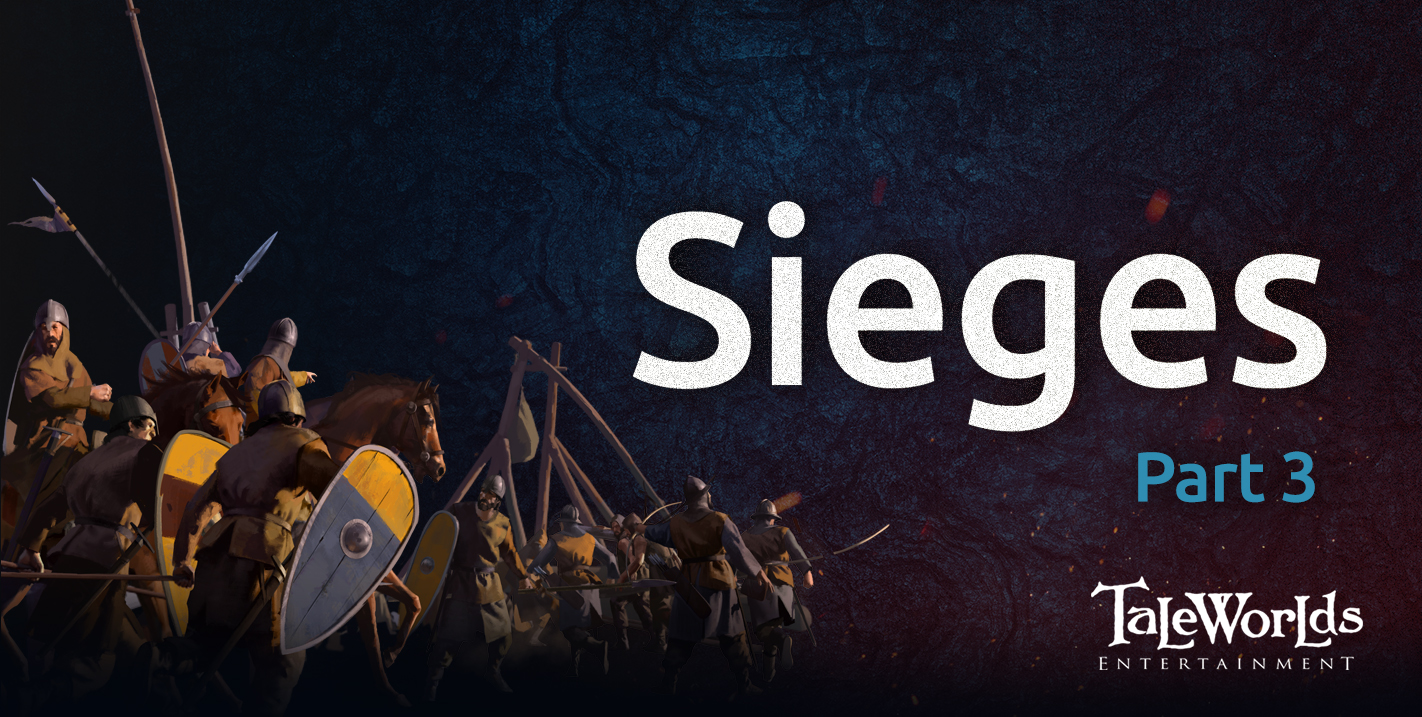 In this week’s blog, we will be concluding our miniseries of blog posts on sieges by discussing the assault phase, with a particular focus on how the game’s AI evaluates and reacts to unfolding events.

Sieges are very much a key event in the game. Whether defending your homeland, aggressively expanding your borders, or simply trying to establish yourself among the ranks of the nobility, sieges are at the very heart of the Mount & Blade experience. With Bannerlord, our goal is to enhance sieges in their entirety, ranging from the tricks you can employ to indirectly weaken a settlement before laying siege, all the way through to driving the last defenders from the keep. In our previous siege blogs, we looked at the bombardment phase on the campaign map and discussed the options that players have at their disposal when either attacking or defending a castle. We also looked at keep battles and talked about their importance and the instances in which they can occur. The one thing we haven’t looked at is perhaps the most important and the bloodiest phase of a siege: the assault.

Assaulting a castle is something that players should carefully consider. Castles will call on a local militia to defend the settlement in times of crisis, but more often than not, they will also house a garrison of professional soldiers that can put up much more of a resistance. And if the castle has a governor overseeing the defense, things will get even trickier still since governors can boost defensive siege engines and garrison quality. But let’s put all that to one side and imagine that you have weighed up the pros and cons of launching an assault and decided to press ahead with your attack.

Firstly, you are met with a deployment phase in which you can choose where to position your troops and siege machines before the battle begins. You can select each formation and move it around a deployable zone, positioning your troops for the best possible advantage. Each castle will have three sections open to attack and you have to choose a method of attack for each of these. For each section, there may be a magnitude of options available depending on the level of your preparation: You can simply ignore a section to focus on other targets, attempt to ascend ladders, use an assault tower, break down a gate with a battering ram, or if you have been able to take down a wall section by bombardment, try to push your way through the breach.

Once you have deployed your troops and siege machines, the assault begins. Your troops will begin to carry out your attack plan according to the way you deployed everything. The game AI will take control of the various assault groups by default, however, you can easily take over control of one or all groups yourself and micromanage everything if you wish to do so.

We believe the availability of AI to carry out the siege plan together with the ability for the player to take over, gives the best of two worlds. Players can carry out a multi-pronged attack on several sections simultaneously without much difficulty while focusing their attention on the most critical location. In this way, you can, for example, let the AI carry out a diversionary attack which forces the enemy to split its troops, while you lead your elite soldiers and attack the most vulnerable point.

The same principles also apply to siege defense. If the player is the commander of the battle or captain of one of the formations, they can give orders to override what the defensive AI would do. However, controlling all the formations and all the sides at the same time from the player's perspective isn't always easy. As such, the player may want to take over the defense of the weakest section as the AI tries to maintain the rest of the defense as effectively as possible while entrusting that side to the player.

Attacking AI
When AI is responsible for the attacking force, it will make a few checks to determine how and where it will launch its assault. It does this by assessing its own strength and that of its opponent and will either choose to press with a coordinated attack on many fronts or attempt a concentrated assault through the weakest point. At the same time, the AI will decide how to split its force to achieve this. It does this according to the number of troops that each front can support. If there is a breach in the wall, the AI will try to send many soldiers through that side, however, if there are ladders, since fewer men can simultaneously attack at the same time from that side, fewer troops will be sent, or in the case of a breach on another wall, the AI may choose not to use the side with ladders at all.

If the attacker side has a battering ram or siege towers while also having ladders or a breach on another side of the castle, and it decides that making a coordinated attack will strain the defenders more because they will be forced to defend all fronts simultaneously, then the attacker side will hold assaulting the breach and ladders until the slower machines can be pushed to the gatehouse or walls. Formations on the waiting fronts will try to stay in a relatively safe spot while threatening to attack if the defenders pull forces from that side.

In terms of prioritising actions, operating primary weapons like battering rams, siege towers and ladders are the most important task for the attacking force as they will be used to open paths into the castle. Apart from that, there is not a strict priority list, but depending on circumstances the strategy level of the AI will try to prioritise what is most important or beneficial.

Defending AI
The defending AI considers both the threat level of the means of attack possessed by the attackers and the actual enemy positioning. Let's say the enemy is bringing a siege tower from the left side and has ladders on the right side. If the attackers are threatening both sides, since ladders are easier to defend against, the defender side will concentrate more troops on the siege tower side. If the attackers are trying to be tricky and attack purely from the ladder side with all of its troops, the defending AI will realise this and bring the bulk of their infantry to defend that side. If in another scenario the defenders were able to destroy a battering ram or a siege tower, thus rendering that side unattackable, they will not waste any men waiting on that wall.

The defending AI will also relocate its archers with similar reasoning, i.e. if the enemy cannot or does not attack from one side, defending archers will leave positions that can only cover that side. In addition to this, when a wall or gate chokepoint is about to fall, archers on a nearby wall may be sent to bolster the numbers in hand to hand combat, whereas when the enemy is approaching the castle from afar, the defending archers will utilise the best positions for shooting at the approaching enemy.

Retreating
Soldiers may decide to run away based on morale, but in many instances, retreating is a strategic decision that is decided with many factors taken into consideration. Ultimately, the AI tries to estimate whether the attack or defense can succeed or not and if retreating will only yield more immediate casualties. For instance, let's imagine a siege assault where 500 men are trying to take a city defended by 100 men. As the assault continues, men die from both sides, but due to the valiant defense by the city's garrison, the attackers now have 250 soldiers against 80 of the defenders without setting foot inside the castle. At this point, the attacker AI commander may decide to call off the assault instead of losing more troops in vain. 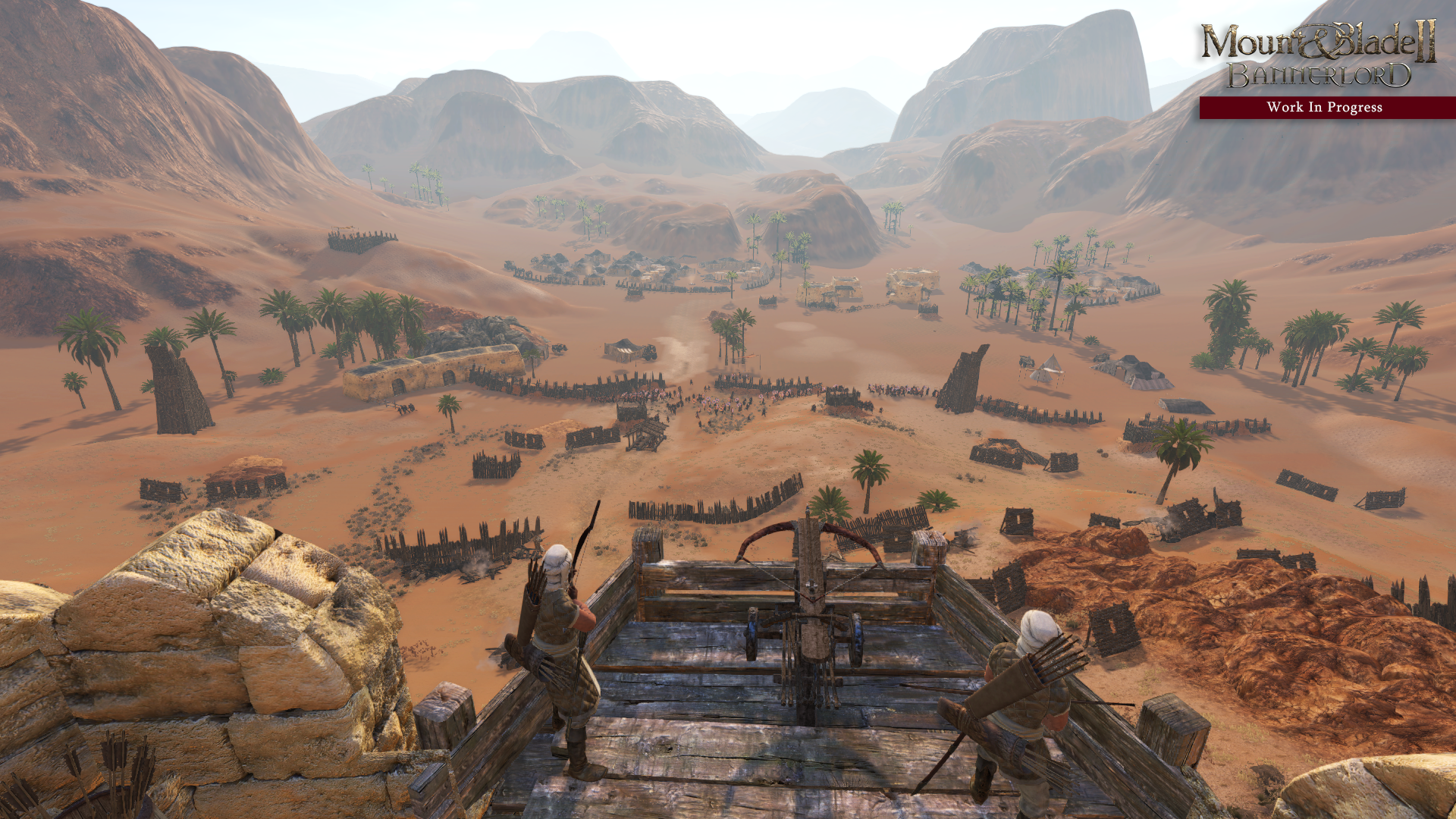 If you would like to see what was just discussed in action, we would encourage you to check out the video from the previous blog where you can see the attacking AI split its forces and coordinate an assault on the castle from three different directions.

Join the conversation and comment on the forums! (131 comments)