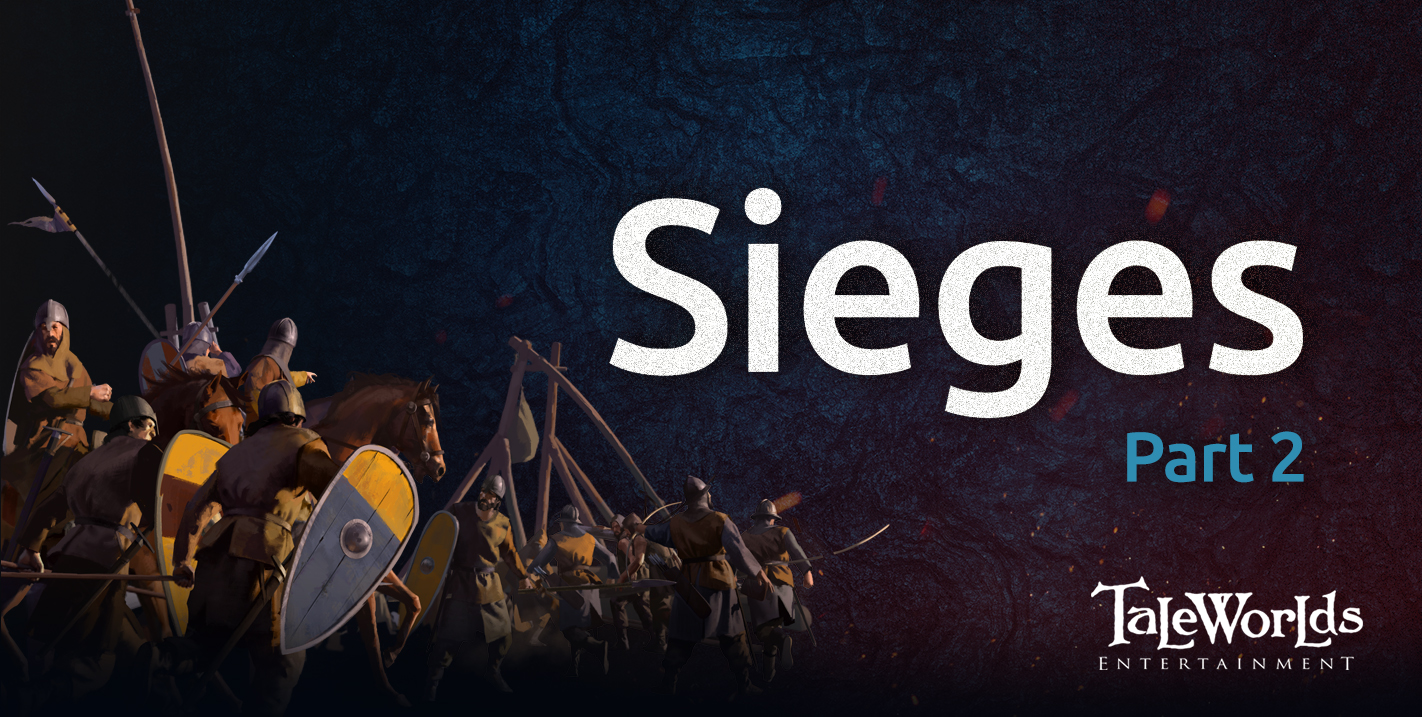 As development on Mount & Blade II: Bannerlord steadily proceeds, we are constantly looking at how best to allow players to interact with the game’s many features. One big change in this regard is the way that we are handling sieges. Sieges are key events in Mount & Blade games, and we are making great efforts to improve this aspect of the game in Bannerlord.

As we discussed previously, sieges in Bannerlord encompass a lot more than simply waiting until the attacker is ready to initiate an assault (as is the case with Warband). There is an active back and forth between the besiegers and the besieged as they seek to gain an advantage over one another or hamper each other’s progress, even on the world map. This raised some important questions that we had to consider. Should these changes be abstracted in images and text or should there be something more tangible? And to what extent should the level of control be for players?

We felt it would be best to provide players with a relatively high level of access and visual representation to make the initial stages of a siege more engaging for both attackers and defenders. When a settlement is besieged, a siege camp is set up by the attacking force, with individual tents being placed down for each attacking lord. Following this, both sides have the ability to construct siege engines to be used in both a bombardment phase that takes place on the world map and the final assault that takes place in a scene. Each settlement has a limited number of slots assigned to it, which players can select between and choose which siege machines to build and in which order. This should be given some tactical consideration as siege machines will automatically target whatever is closest to them.

The besieging force has the option to build siege towers and battering rams, which are only brought to the front to be used during the assault phase. They also have an assortment of ranged siege engines at their disposal, which can be used to attack the enemy’s machines, soldiers, and walls during the world map bombardment phase, weakening the enemy before the battle begins. Each ranged machine performs differently and has varying levels of success depending on what the player is trying to achieve -- so while a ballista may excel at whittling down the enemy troops, they are ineffective against walls. Meanwhile, trebuchets can be used to dominate the defender’s machines and walls, but they are expensive to produce. Of course, players could always choose to conserve their supplies and refrain from building any machines at all, and instead, opt to starve their enemy out without taking any casualties. Likewise, defenders can choose to hunker down and avoid building any machines while they wait for a relief force to break the siege. However, this would leave the attackers free to bombard the walls of the settlement without reprisal. 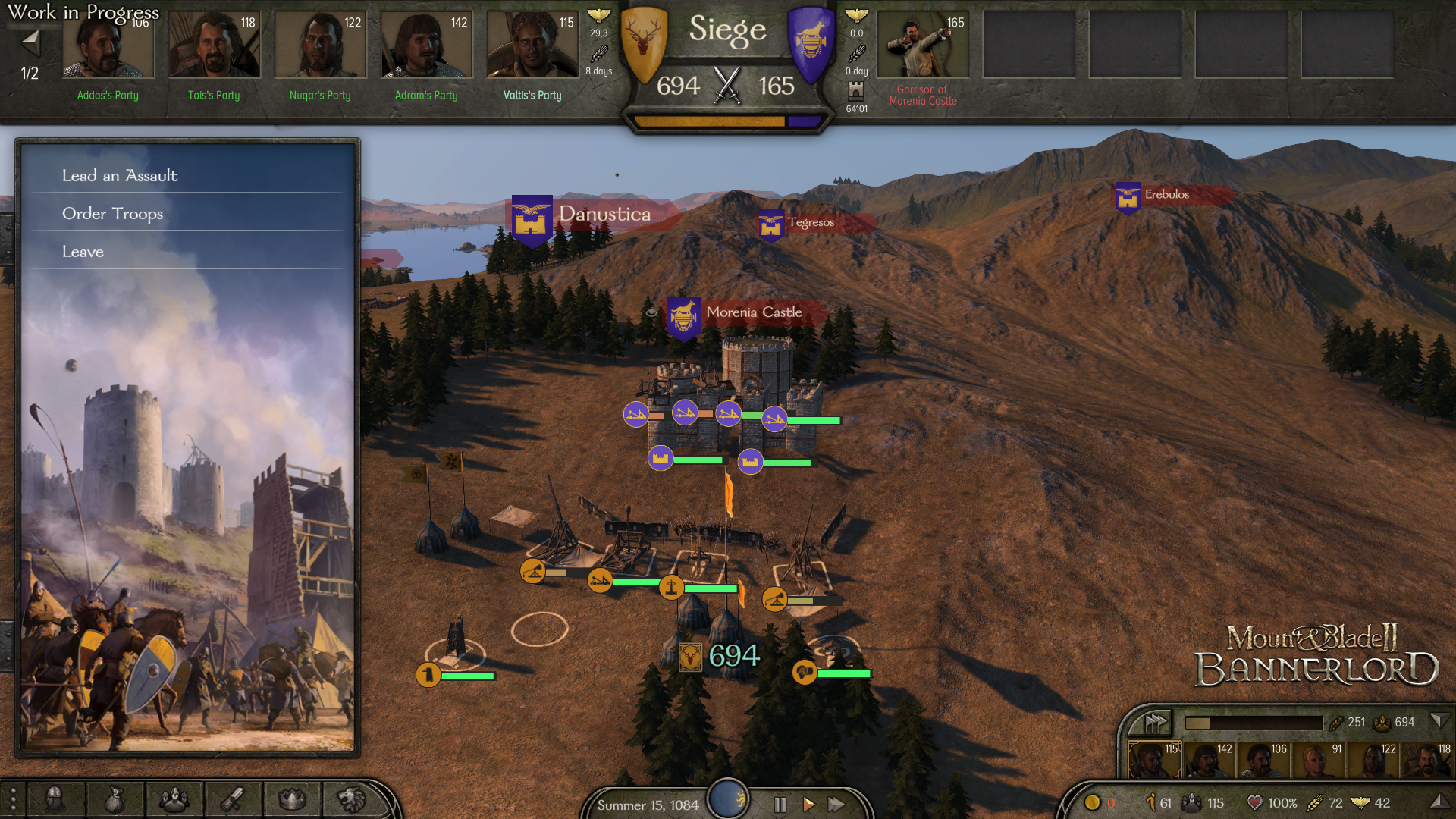 Players now have complete control on the deployment of siege engines on the campaign map. The game shows hit point bars on siege engines and wall sections so players can follow the development of the ranged duel, can pull back damaged machines to reserve, and put them back to the frontline when needed. These new additions make the campaign part of the sieges much more interactive and interesting,  turning them into an event that engages players from start to finish. No longer is it simply a case of bringing greater numbers and waiting for the assault to commence (although, that is still a possibility). Now, there are other aspects to consider and tactics to develop, which helps to make each siege stand out and feel unique.

Join the conversation and comment on the forums! (168 comments)