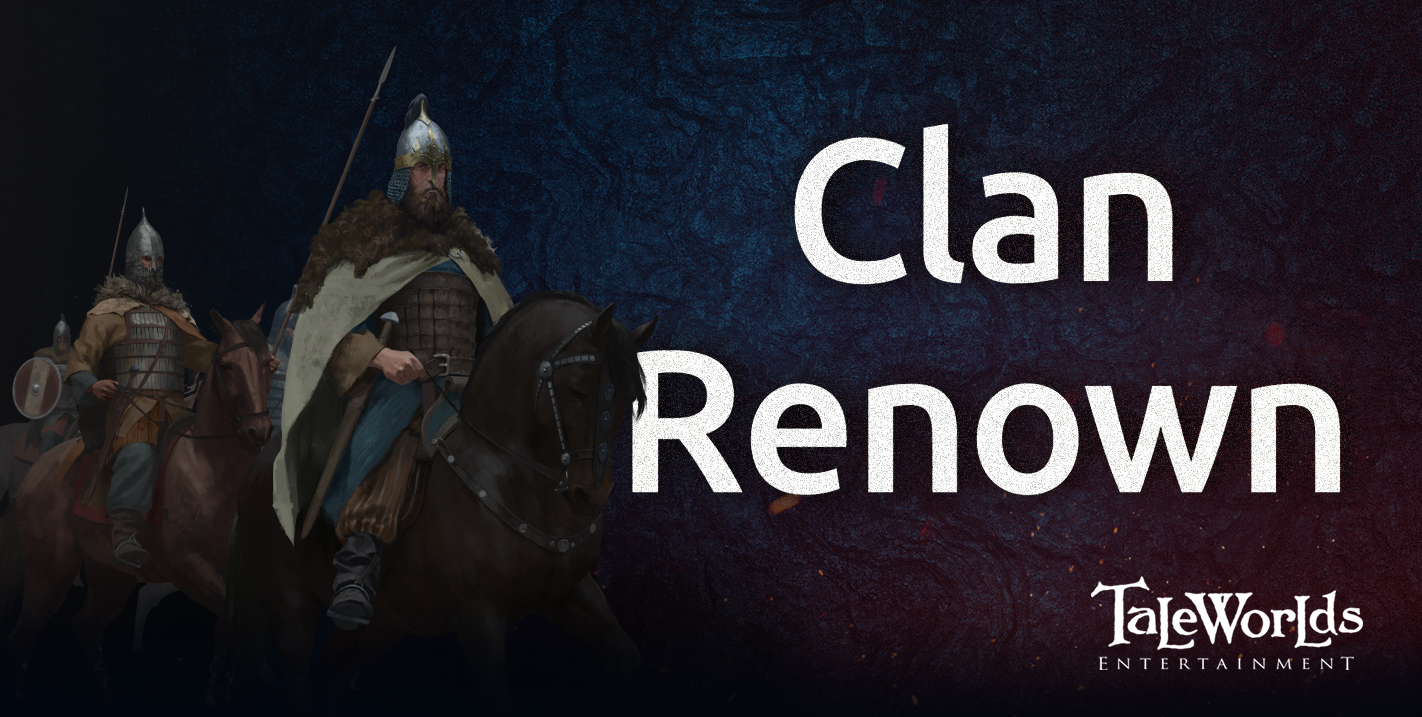 Mount & Blade II: Bannerlord is a rags to riches adventure that encourages players to forge their own path through Calradia to climb to the top of the social ladder. How, or even if, they get there is completely down to their own choices and actions within the game. In previous Mount & Blade games, this rise to power revolves around a single character, but with the introduction of permanent death and clans in Bannerlord – two new features that work hand in hand to create a deeper, more immersive experience – some of the focus needed to shift slightly away from the exploits of an individual character. This is where the topic of this week’s blog steps to the fore: renown.

Veterans of our previous games will already be familiar with renown, but for those of you that are unaware, please allow us to explain. Renown is a system that represents how famous or well-known someone is in Calradia. In Warband, it was a kind of score that kept track of players’ accomplishments and opened up new avenues of gameplay for them – once they had made a name for themselves.

With Bannerlord, the key difference is that renown is now attached to clans rather than characters. Clan members can earn renown for their clan by performing a number of actions, such as completing quests, winning battles, or competing in tournaments. By acting in the name of their clan, they are effectively increasing the fame of the clan as a whole.

Gaining renown in Bannerlord will see the player’s clan progress through different tiers, which opens up access to greater capabilities and additional parts of the game over time. For example, to act as a mercenary for a faction, the player’s clan needs to reach the second tier before their offers will be given any consideration. Likewise, renown is also key when it comes to pledging vassalage to a kingdom. It acts as proof of the player’s capabilities and shows that they are ready to be involved in the grander events that are unfolding around them.

But, as with everything we are trying to achieve with Bannerlord, we weren’t content with simply repurposing an existing system without taking a closer look at how it could be improved to bring more to the game. With each tier that the clan reaches, they are rewarded with an additional party slot, an increased companion limit, and additional caravans that can work under the clan’s tutelage. Additionally, the player will be treated differently depending on the renown of their clan, such as with the order of battle.

This progression gives players breathing room to explore the game and take some risks, even in the face of death, because an eligible heir will be able to continue his or her parents legacy with the clan’s reputation intact. And, just to be clear, renown isn’t something that players will need to chase after to progress. Simply by playing the game, players will naturally accumulate renown over time through the different actions they perform. 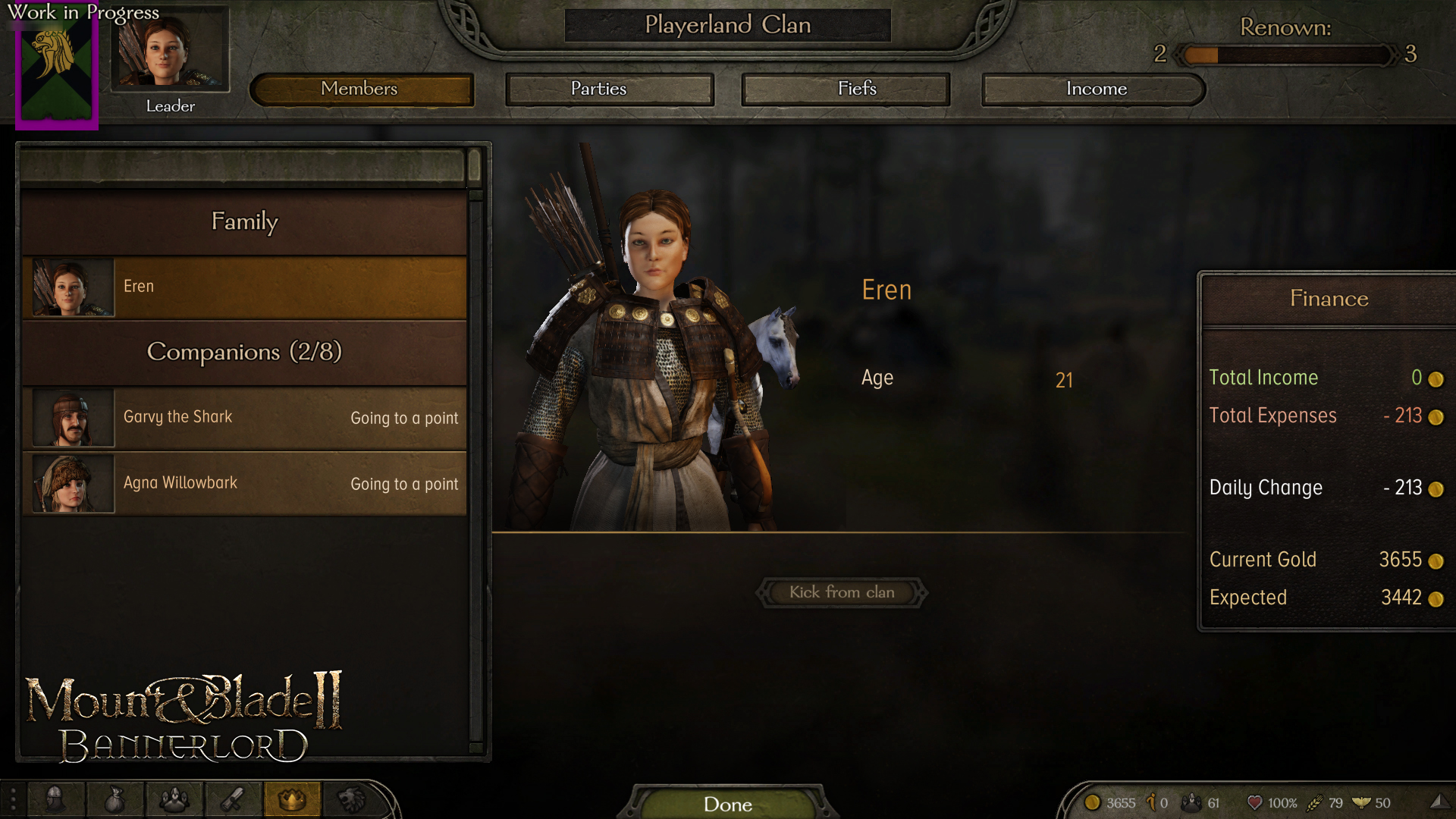 We think that these changes to renown make for a more engaging gameplay system which works alongside and compliments the other new systems that feature in Bannerlord while providing players with a real sense of progression as their clan rises from obscurity to being known throughout Calradia!