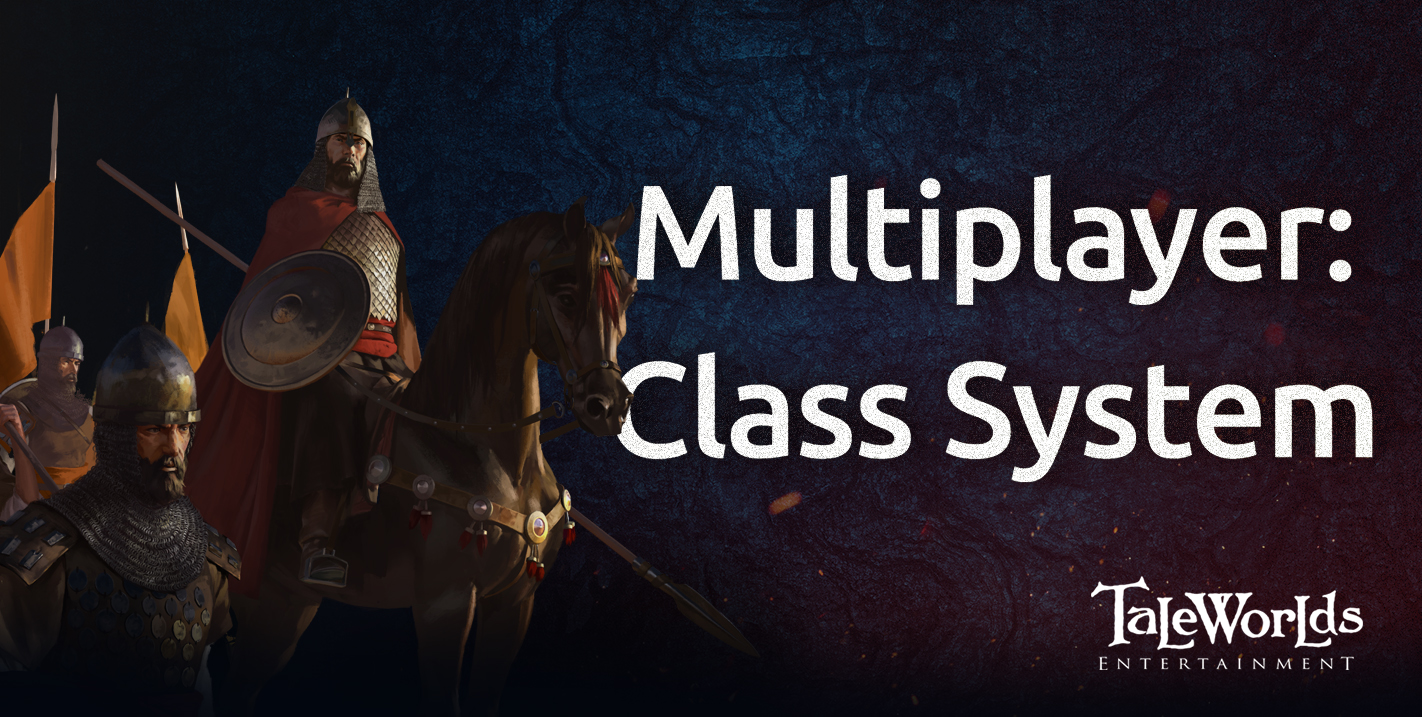 With the closed beta underway, we thought it would be a good time to discuss some elements of the multiplayer side of the game in some more detail. In this week’s blog, we will take a look at the multiplayer class system.

So, what is the class system? To put it simply, the class system is a selection of predefined loadouts that you can choose from before spawning. In Bannerlord, these classes are divided into three distinct categories: infantry, ranged, and cavalry. 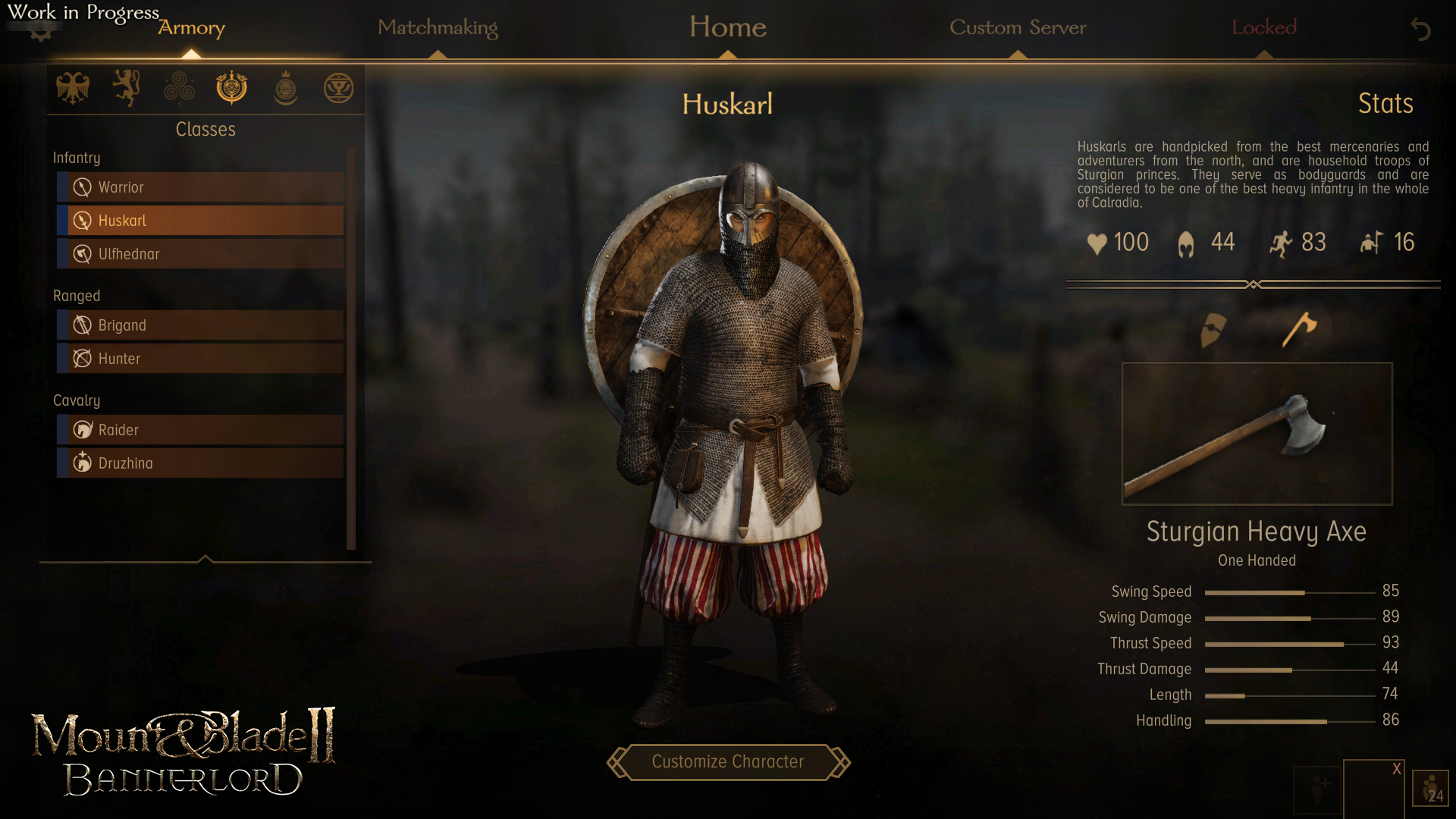 Our aim is to ensure that each class is a viable choice, allowing players to choose their preferred unit type while playing. Each of the classes has its own strengths and weaknesses, meaning no single class is particularly effective in every scenario. Some classes are clearly stronger and better equipped than others, but this doesn’t necessarily mean they will perform at a higher level in all instances, and of course, they also come at a much higher cost which limits your options when it comes to respawning. We feel that this approach puts a stronger emphasis on coordination, communication, and synergy in our team-based game modes, and encourages players to experiment and react to the events that unfold during a match.

Bannerlord also features a perk system that allows players to slightly change their loadout if they so desire, tailoring their class choice to their own particular playstyle or perhaps to counter the class selection of the opposing team. This change allows players to jump straight into the action, safe in the knowledge that they aren’t at a major disadvantage to their opponents in terms of equipment.

One connected system that has carried over from Warband’s multiplayer, but has been slightly reworked, is the money system. In Bannerlord, we refer to money as points. Instead of using points to purchase gear for your character, you spend these points on selecting a class. Some of our game modes feature a respawn system, so how you manage those points throughout the course of a round will determine which classes you have access to, and the number of respawns that you have available. 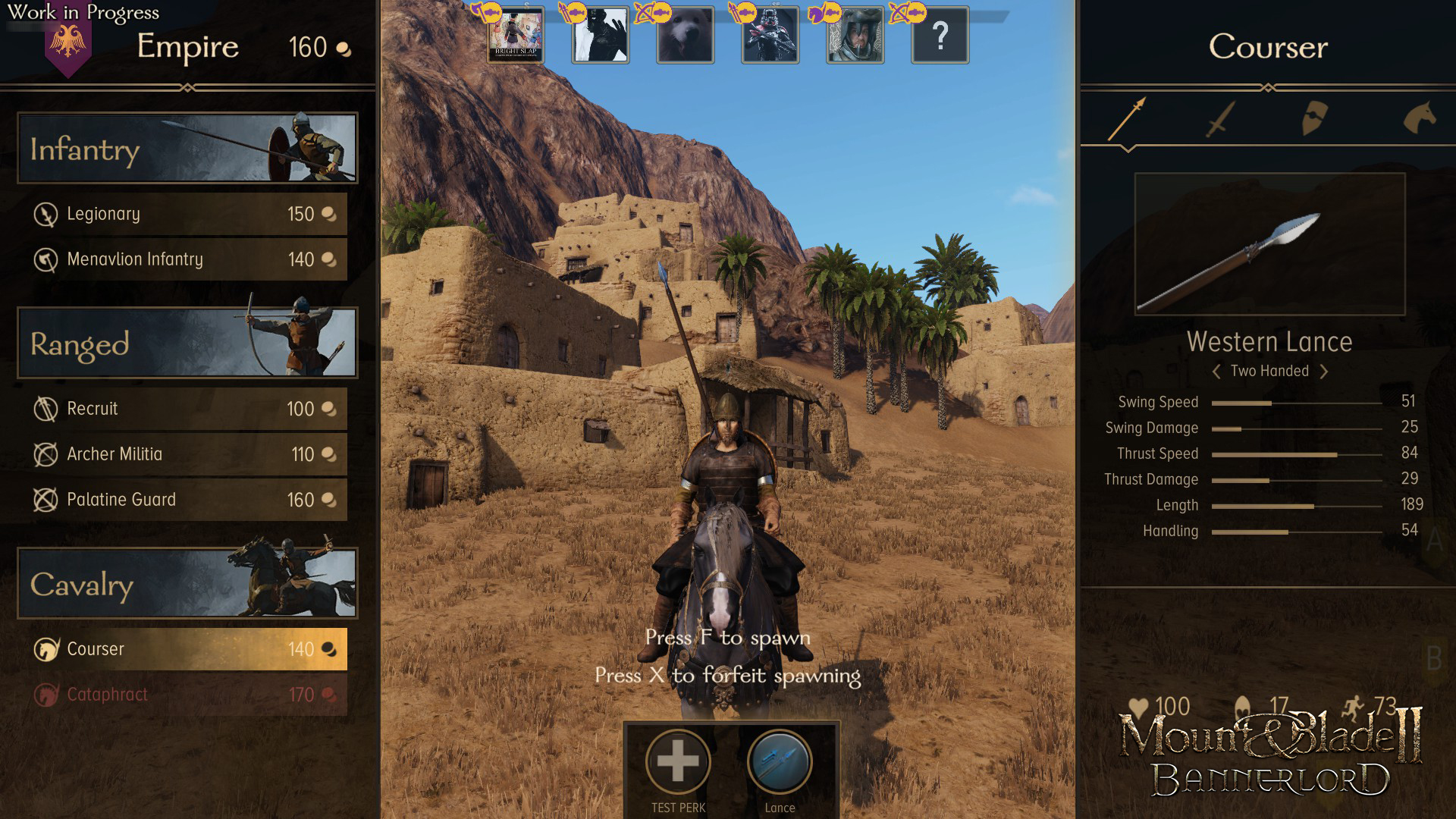 With these changes, the entire focus of the gameplay is put onto player skill and teamwork, rather than whoever has the superior equipment or loadout. We think these changes will go a long way in preventing a snowball effect, in which the winning team just gets stronger with each consecutive round win. In Bannerlord, every round starts on a somewhat level playing field, which should provide for a more exciting back and forth between the two teams throughout the course of a match.

While creating the class system, we decided that it was important that each class should reflect the faction they are from, not just in terms of their appearance, but also with the equipment they use and the roles they perform. And, as such, the strengths and weaknesses of the classes take into account the strengths and weaknesses of the faction as a whole. This design approach for our factions influences the kind of strategies and tactics that are effective, both for and against, each individual faction, leading to a more dynamic multiplayer experience where no two matches feel the same.

Overall, we think these changes to the multiplayer class system will make for a fairer, more accessible multiplayer experience that promotes teamwork and communication, and centres the gameplay on the skill-based directional combat system that is at the very core of Mount & Blade games. It ensures that, at a glance, you can see exactly who your opponent is, and what their abilities and limitations are while eliminating the possibility of obscure meta builds from becoming prominent and ensuring that the game remains somewhat balanced.

Join the conversation and comment on the forums! (210 comments)