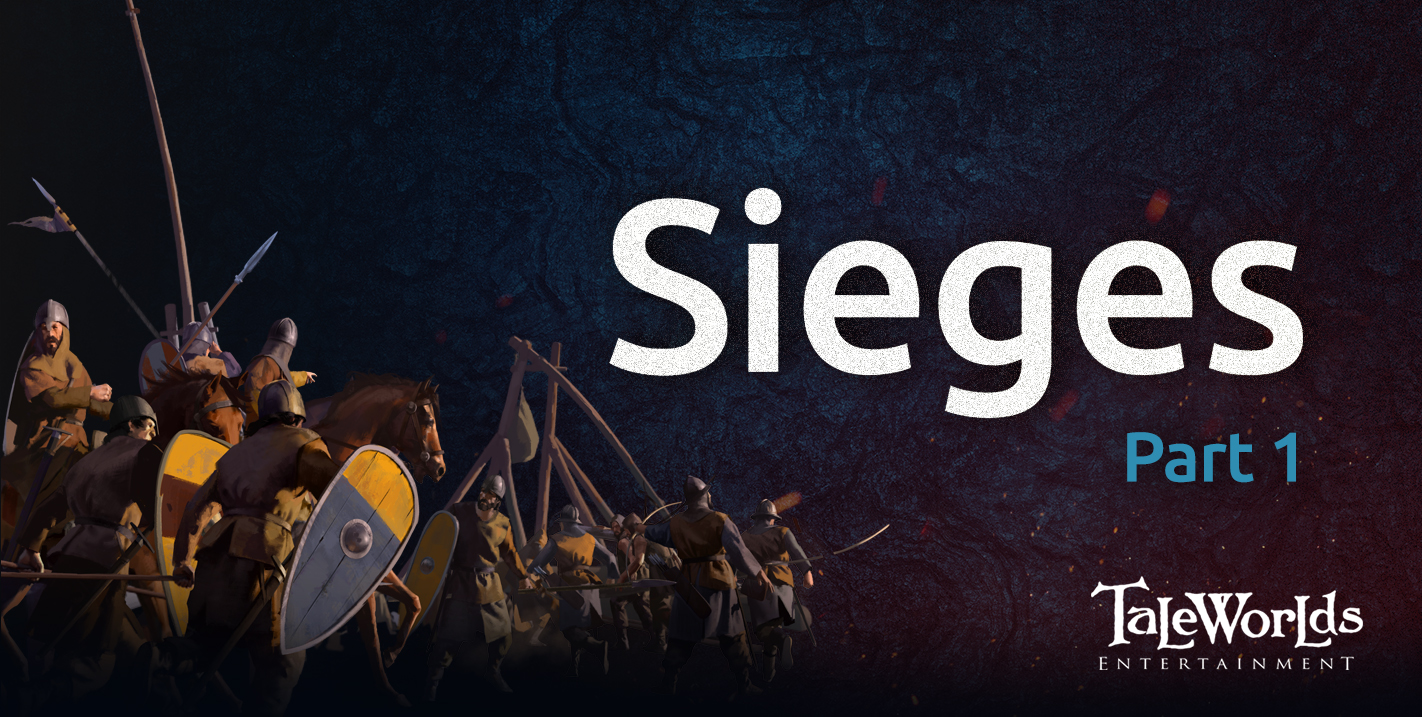 Picture the scene. You find yourself deep in enemy territory. After seizing an enemy stronghold, you pause for a respite. The campaign has been long and costly, and supplies are running low... And then, on the horizon, you see your worst fears realised. At first, a low rumble and a blur of colour, but then, slowly, the standards and banners of the enemy army come into focus. Your army is ill-prepared for a field battle, and so, you dig in.

The situation seems hopeless. You are vastly outnumbered and time is not a commodity that you possess. Morale is wavering and your troops look to you to make a decisive decision. Do you hold your position and pray that reinforcements arrive before the walls are breached, or worse, you starve to death? Do you sally out to meet the attackers head-on in a brave, but ultimately, suicidal final charge? 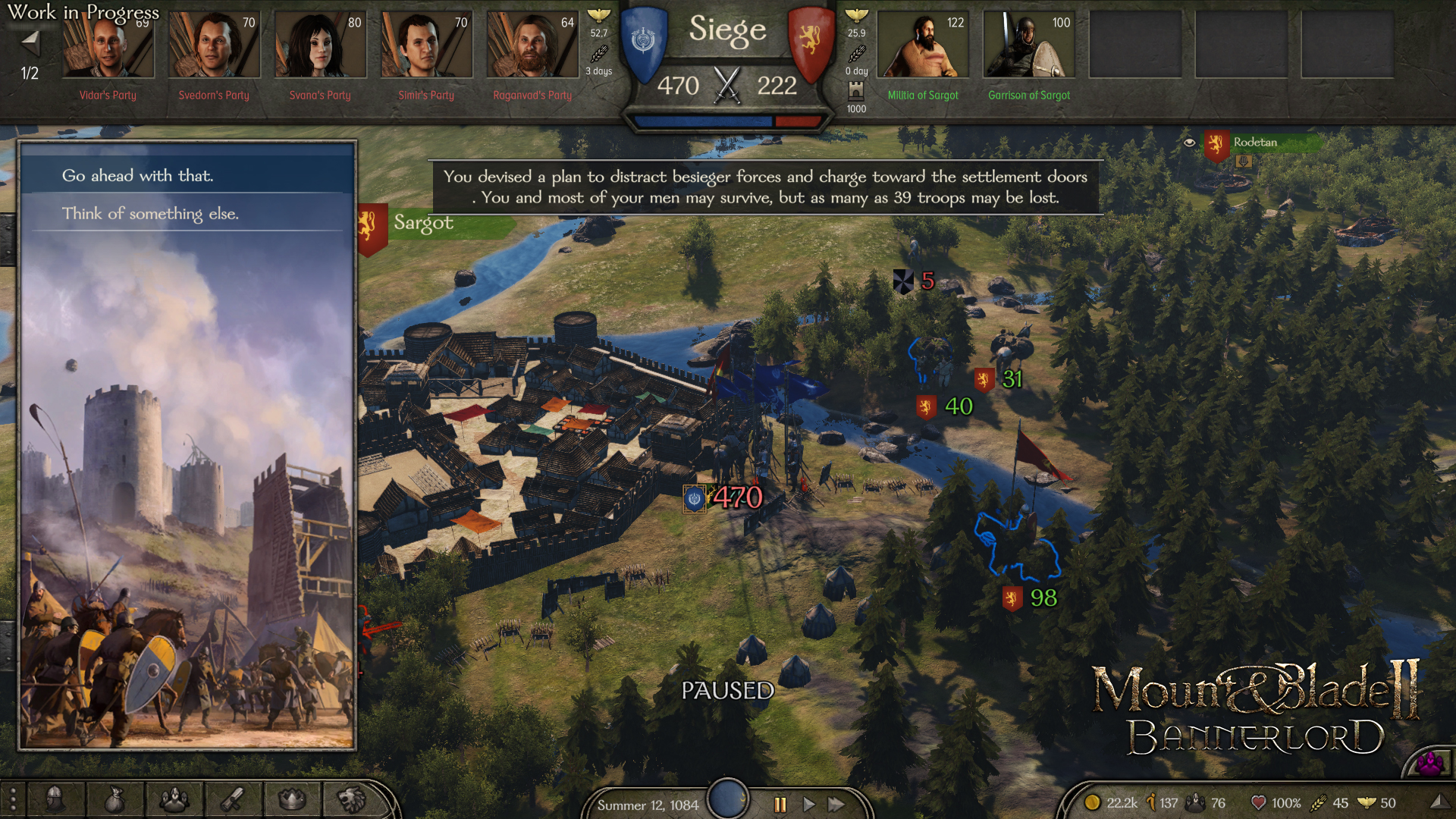 While we have already talked about certain siege mechanics in previous blogs, we didn’t discuss the different ways and trade-offs that are involved in any amount of detail. So, in this week’s blog, we’ll try to present players’ options related to sieges in a more comprehensive manner.

Sieges in Bannerlord are dangerous affairs for both the besieged and the besiegers. If you are defending, you already may be facing bleak odds. The enemy may be bombarding your walls with trebuchets with the hope of creating a breach to exploit, or may be preparing an assault with siege towers and battering rams. You may be running out of food and losing your soldiers to starvation. But even in the direst situations, you have a number of options. You can keep waiting behind your walls, hoping that you will be able to beat off the assault or that a relief force will arrive soon and drive away the besiegers. Or alternatively, you may use your tactics skill to break out of the siege with relatively little loss and save yourself and the majority of your army from annihilation. Lastly, you may try to parley with the besiegers in the hope that they will allow you to pass through the siege lines unmolested in return for handing over the walls. 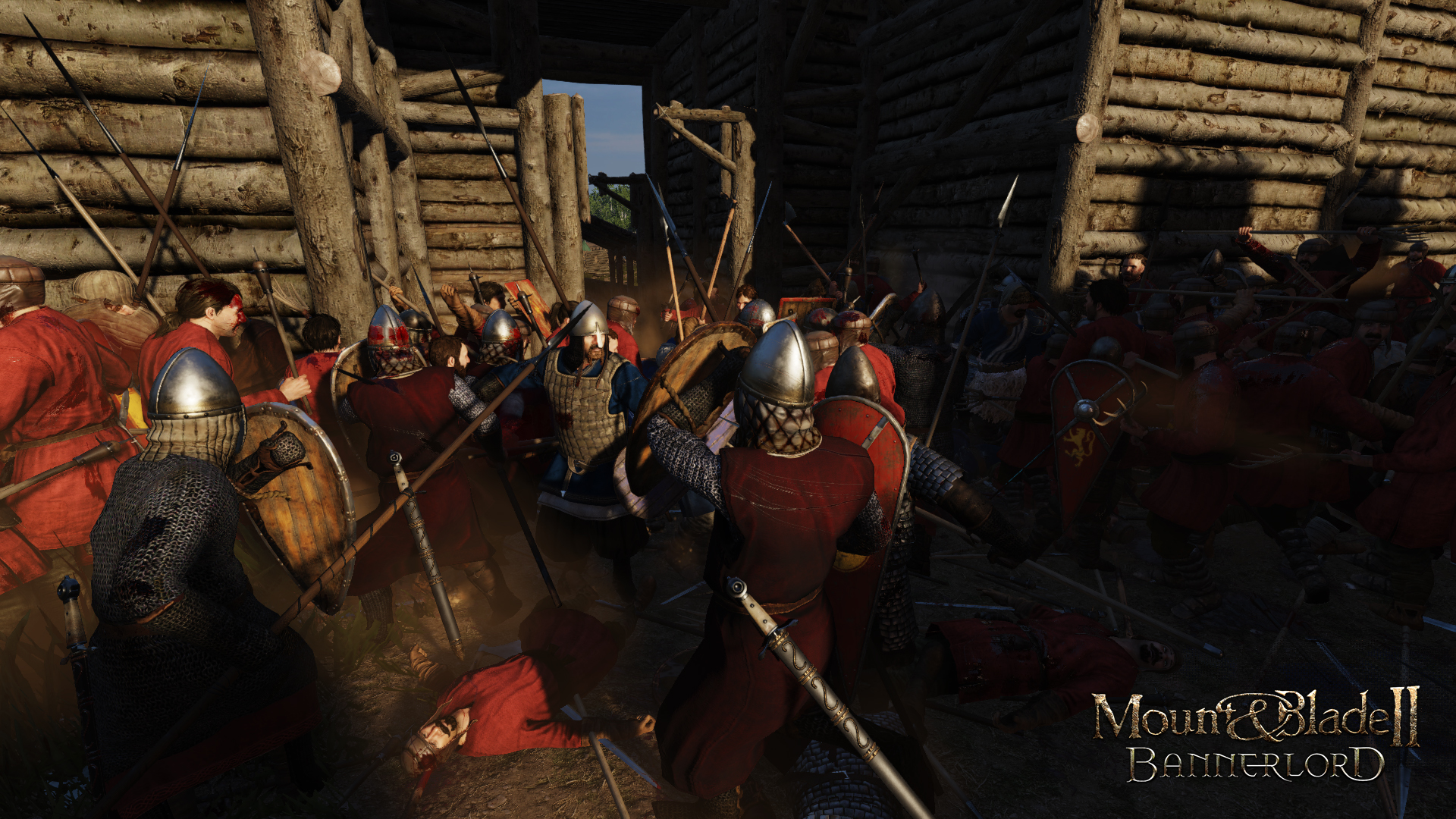 If you are outside and have come to the aid of a besieged castle, you again have options. You can attack the besiegers right away, and in general, the forces in the town will sally out to join the fight, and together, you may hopefully overwhelm the attackers. Another option is to stay mobile outside of the siege camp, harassing the enemy, attacking foragers and reinforcements in the hope that the enemy will run out of provisions before they can take the castle. If neither of those options has a good chance of success, you can also make use of your tactics skill and force your way through the siege, this time going into the castle rather than out, bringing much-needed supplies and troops as part of the relief effort!

All in all, understanding the available options in dealing with sieges is hugely important and may mean the difference between successfully defending and enlarging your domain, or sitting out the rest of the war in a cold and damp dungeon.

Join the conversation and comment on the forums! (148 comments)