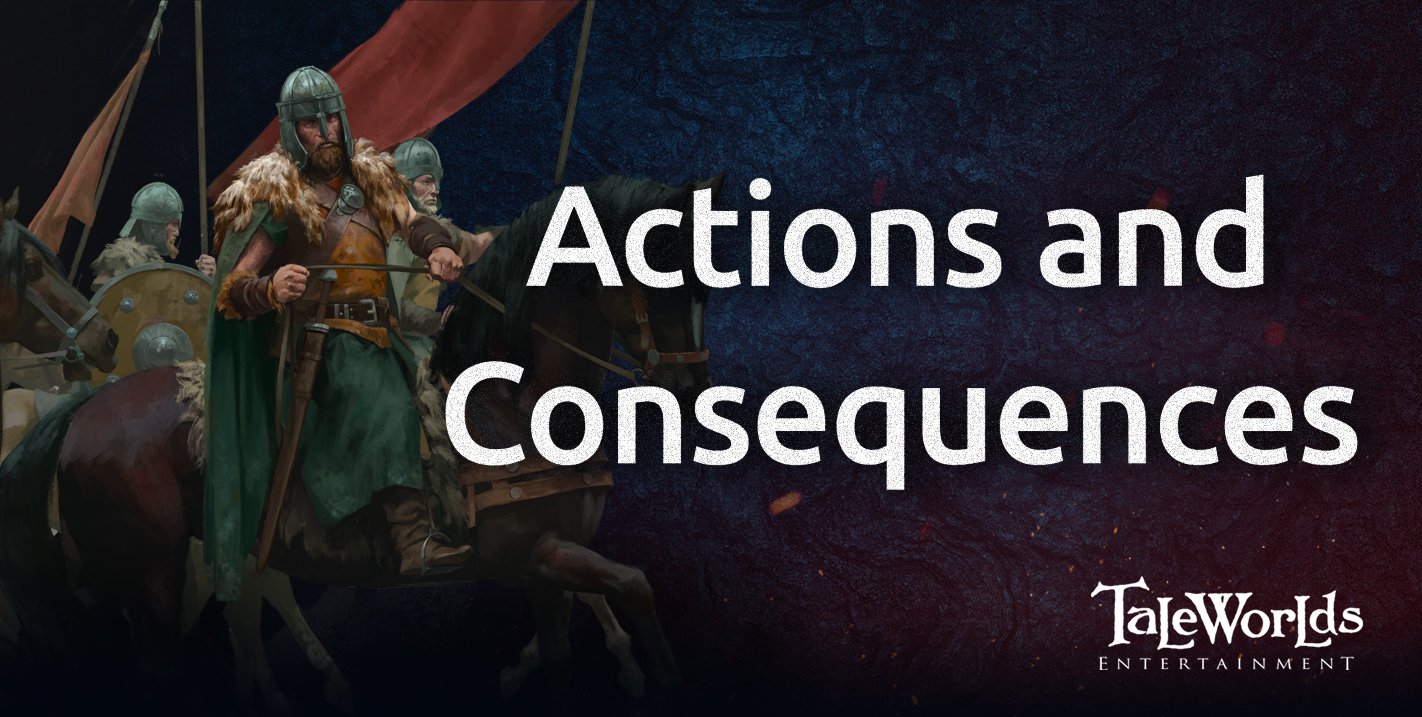 In Mount & Blade II: Bannerlord, players are able to engage in a number of hostile and criminal activities. However, just as in real life, these actions have consequences. And while some of the more obvious actions may be engaging an enemy in a pitched battle or laying siege to a castle, in this week’s blog, we focus on some of the more unconventional options that players have at their disposal.

Raiding Villages
First on the list is something that Mount & Blade veterans will be familiar with: raiding. Raiding in Bannerlord is built on the mechanic from our previous games, but with various additions and improvements to how the system works.

Players are free to initiate raids on neutral or enemy villages to steal the assets of the villagers. After dispatching the local militia, the raid continues on the world map, with the inventory of the village being transferred to the player party over time. The player can choose to abandon the raid at any time, taking whatever goods they managed to gather with them. Once a village has been fully raided, it takes some time for it to recover and be fully operational again.

Forcefully Recruiting Villagers
Bannerlord sees the introduction of the ability to press gang villagers into your army. This is an act of coercion that takes some time to perform, but won’t necessarily lead to an encounter, providing there is a character with a high roguery skill in the player party. Villagers can choose to resist this coercion, at which point the player needs to decide if they should escalate to fighting the villagers, or back down and abandon their attempts to forcefully recruit troops. If the player decides to back down, then there are no penalties for their actions.

Forcefully Taking Supplies
Forcing supplies from villages is the least aggressive of the hostile actions, and villagers will only put up a fight if they believe you have absolutely no chance of taking on their numbers. Otherwise, they will allow you to take some supplies from the village’s stores while spending some time there. The yield from forcing supplies will be significantly smaller compared to a raid, but at the same time, you will create much less ill will against yourself. 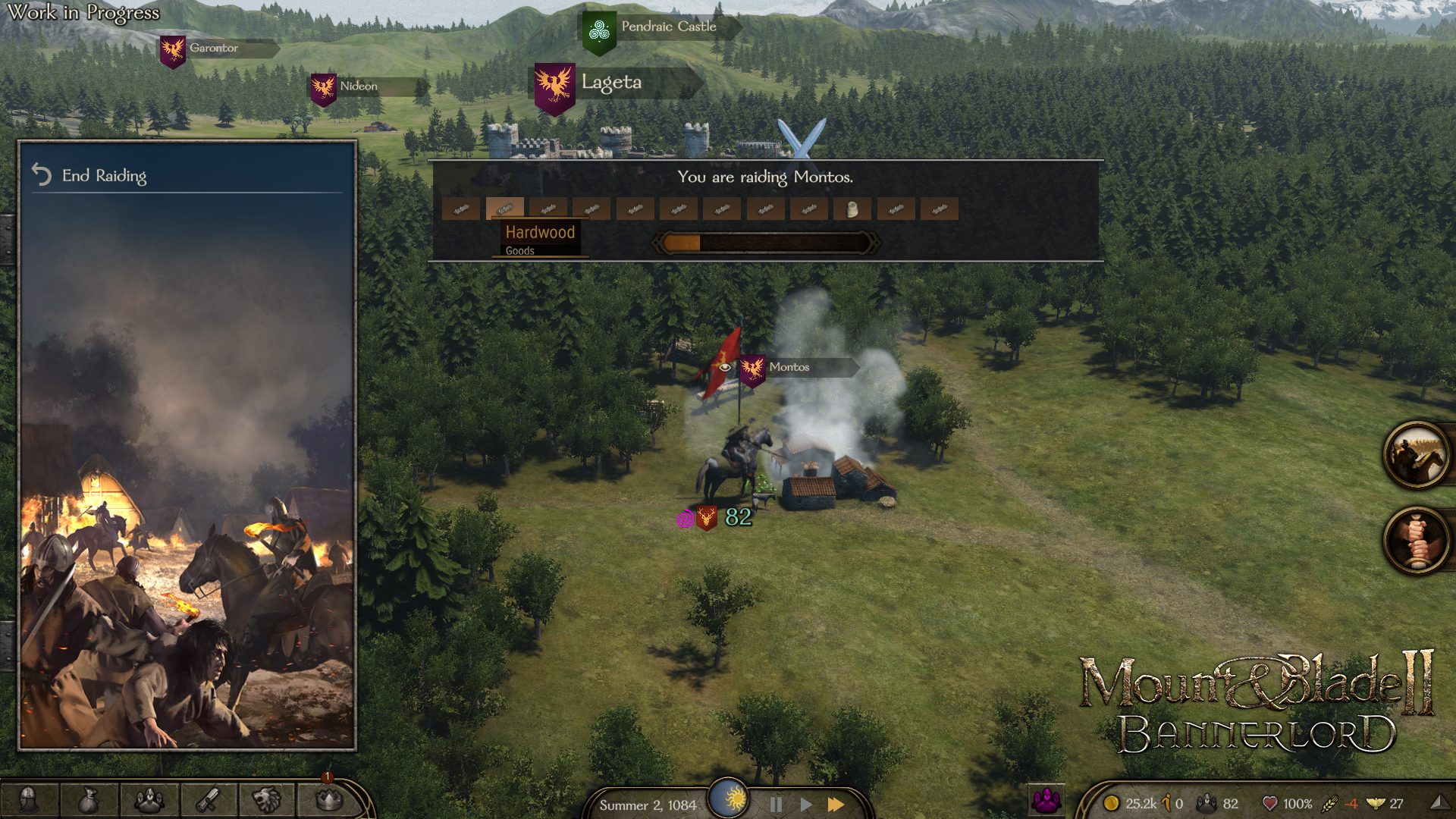 Attacking or Coercing Villagers and Caravans
But of course, it isn’t just settlements that are subject to hostile actions. Caravans and villager parties moving on the campaign map can also be attacked, coerced to join the player or forced to hand over a portion of their items and gold. In addition to this, they can also be intimidated into surrendering, which gives the player full access to their inventory. Just like with hostile actions against settlements, the severity of the hostile action is taken into account to determine consequences. Forcefully taking a few items from a caravan can be regarded as relatively unimportant, whereas outright attacking it will be considered as a major provocation.

Consequences for Hostile Actions
If you are not at war with the kingdom of the target, hostile actions are considered to be criminal acts and thus increase your criminal rating in the region. However, if your criminal rating exceeds a certain point, the other kingdom will be provoked to declare war. Otherwise, you may be able to repair the damage and atone for your sins by paying compensation.
But apart from the threat of war, there are many other consequences to hostile actions. In all instances, the player will receive a relation hit with the owner of the targeted settlement and notables that reside there. Moreover, if the player is a vassal of a kingdom, they will receive a relation penalty with their liege and lose influence within their realm. Finally, if the player is the ruler of their faction, their influence within their realm will again be negatively impacted.

Join the conversation and comment on the forums! (138 comments)