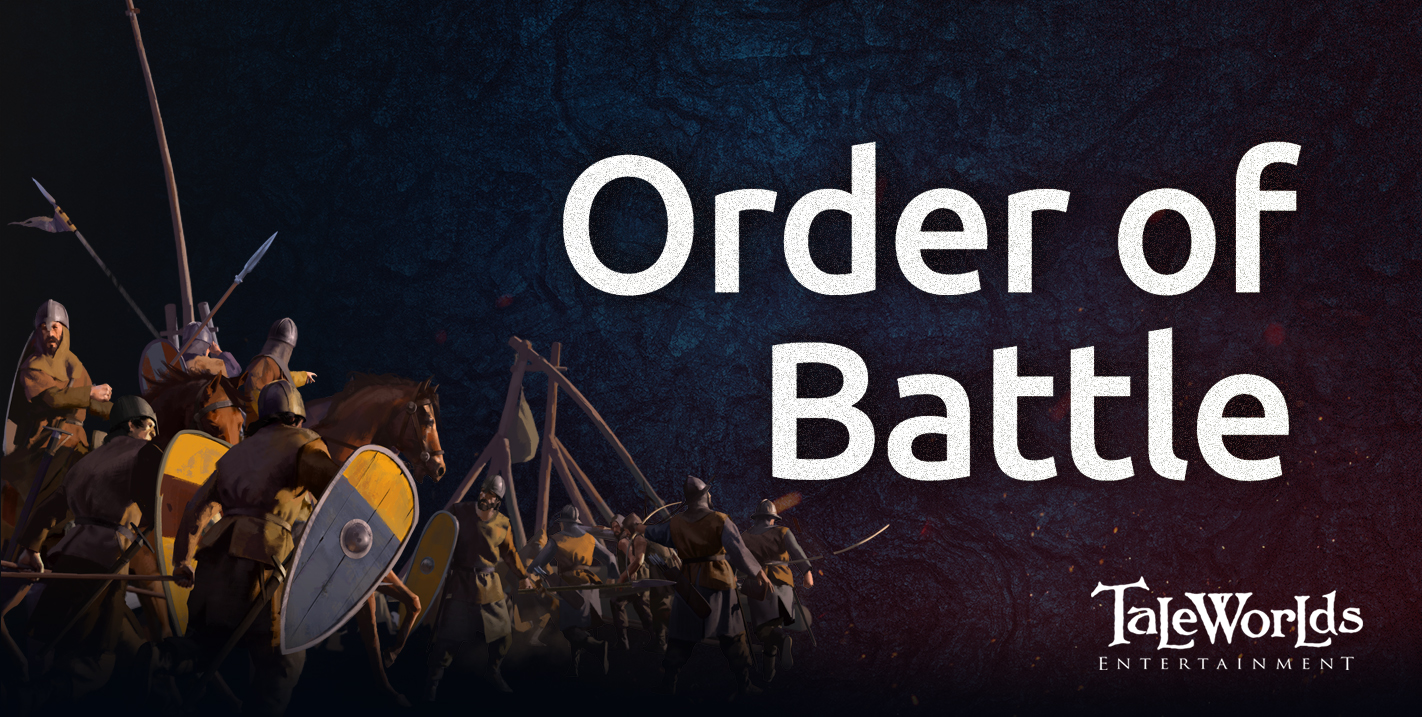 In Mount & Blade II: Bannerlord, politics and tactics can overlap as well, and you won’t always be the one in command of every army you’re fighting for. In the early and middle game, you will usually find yourself following an army led by a king or a high ranking noble. When this army enters battle, you may be able to take the leadership of one of the formations, but which formation you may lead has to be determined realistically, so we came up with a system for that.

For determining who will lead what, the game first assigns a seniority rank to each lord present, including the player. Calculation of the rank takes into account clan renown and power, and of course, faction rulers are given a huge boost to reflect their position within the realm. The system also takes into account the leader of the army itself, as well as, the number of troops that each lord has brought to the field of battle.

The lord with the highest rank is selected as the commander for the battle. Following this, captains are allowed to choose the formation they will lead in order of their rank. For NPC lords, an AI routine selects the most appropriate formation (usually the largest and most prestigious one remaining). 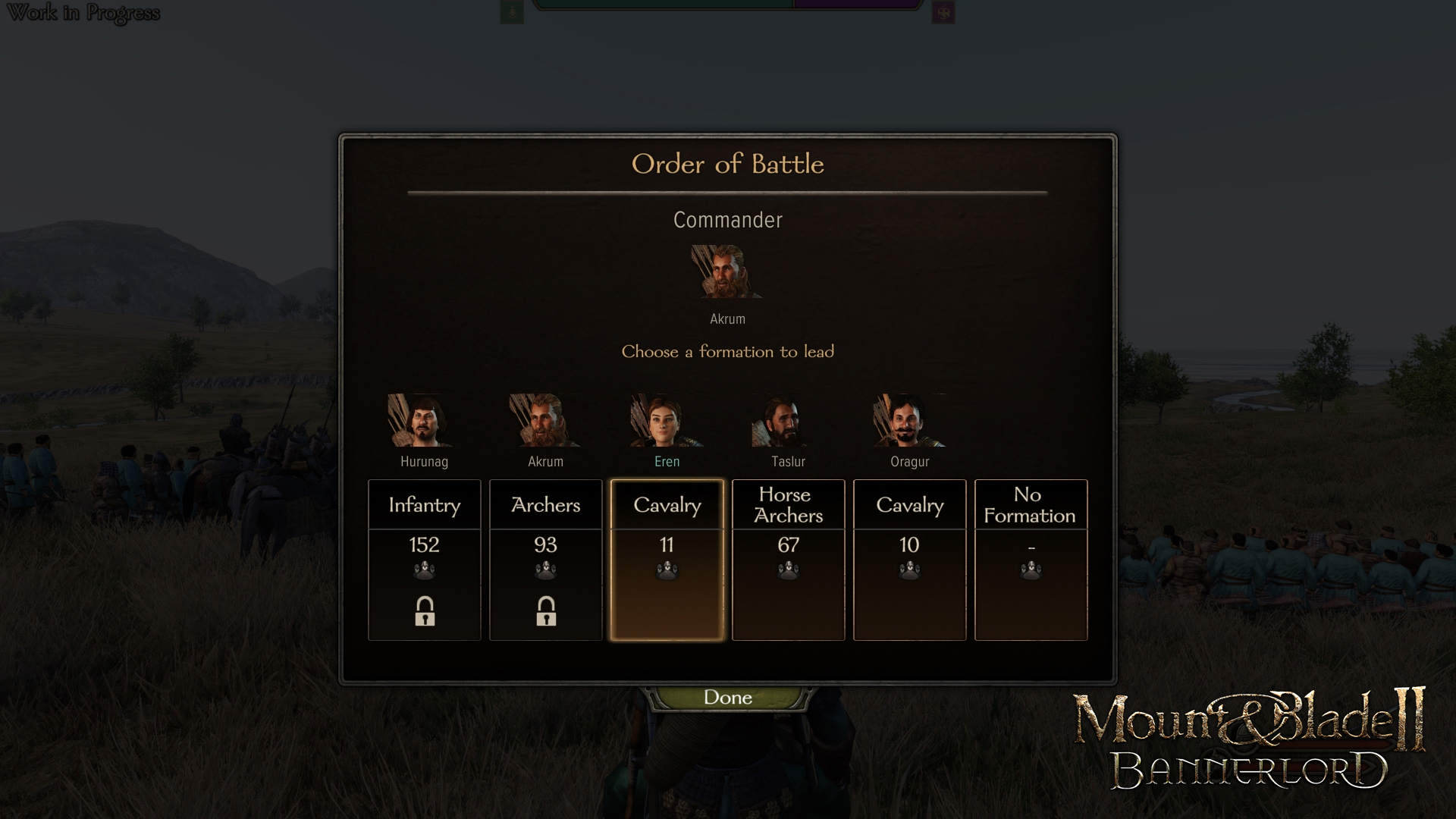 When it’s the player’s turn to choose, the game displays the menu above. Formations led by higher ranking lords are shown as locked and may not be selected. Players may select any of the remaining ones, or choose not to lead any formation at all (entering the battle as just a warrior with no special responsibilities). Once the player makes a choice, any remaining AI lords are also assigned to their choices in the order of their rank. Players may then review this order of battle and then click done if satisfied with how things look.

Conversely, if the player has the highest rank and is assigned as the commander, then they will be given total control over the entire army during the battle. In this case, the player is still shown the menu but can’t change anything and just has to proceed after reviewing the information. 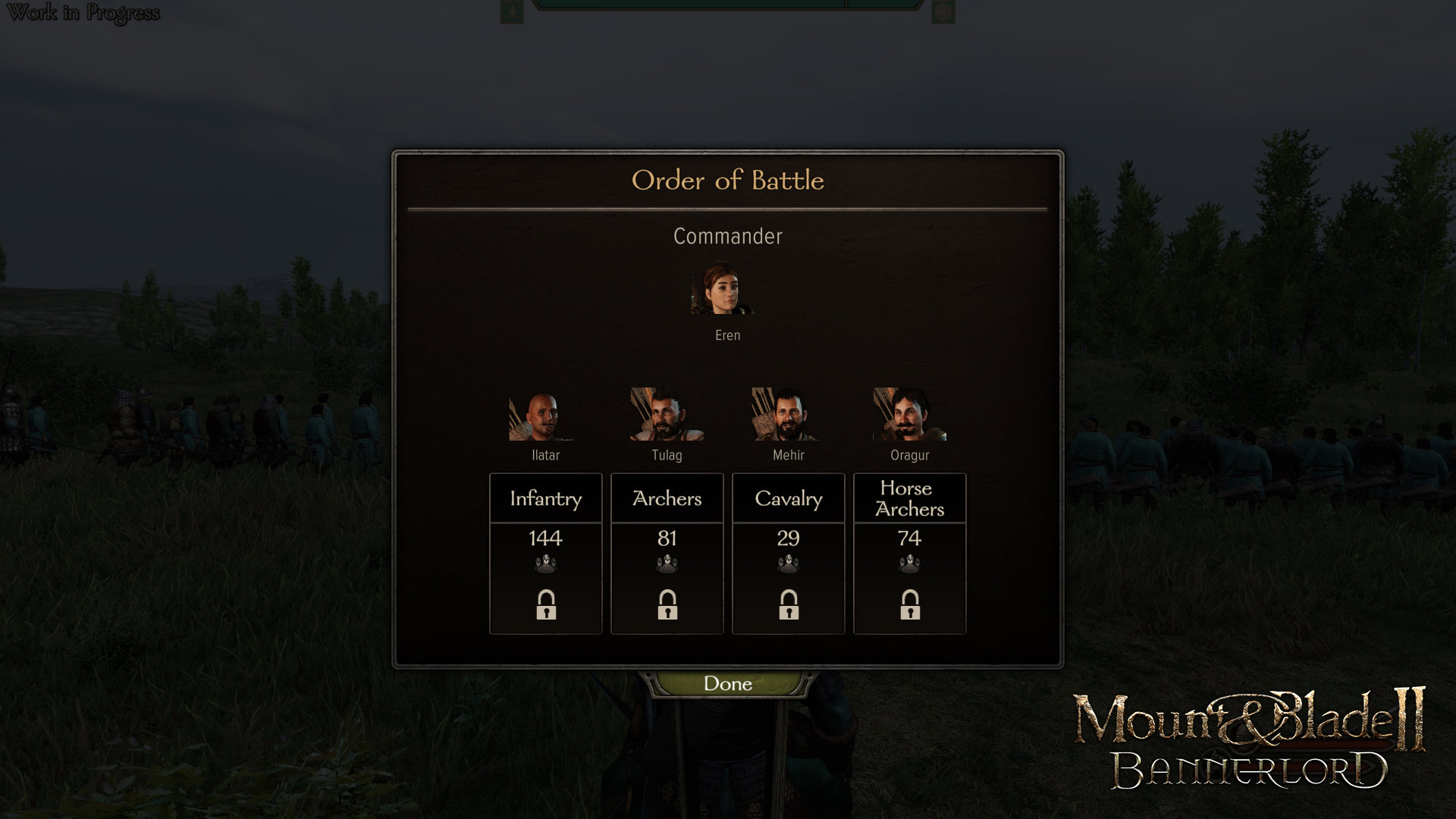 We feel that the order of battle system helps to provide players with a sense of a greater power structure that one would expect to find in a medieval society. It eliminates these strange scenarios where prestigious lords and rulers are commanded by some random lord’s nephew. It also helps to give players a sense of progression as they rise through the ranks to become a renowned lord that commands both respect and, well, more troops!

Join the conversation and comment on the forums! (143 comments)