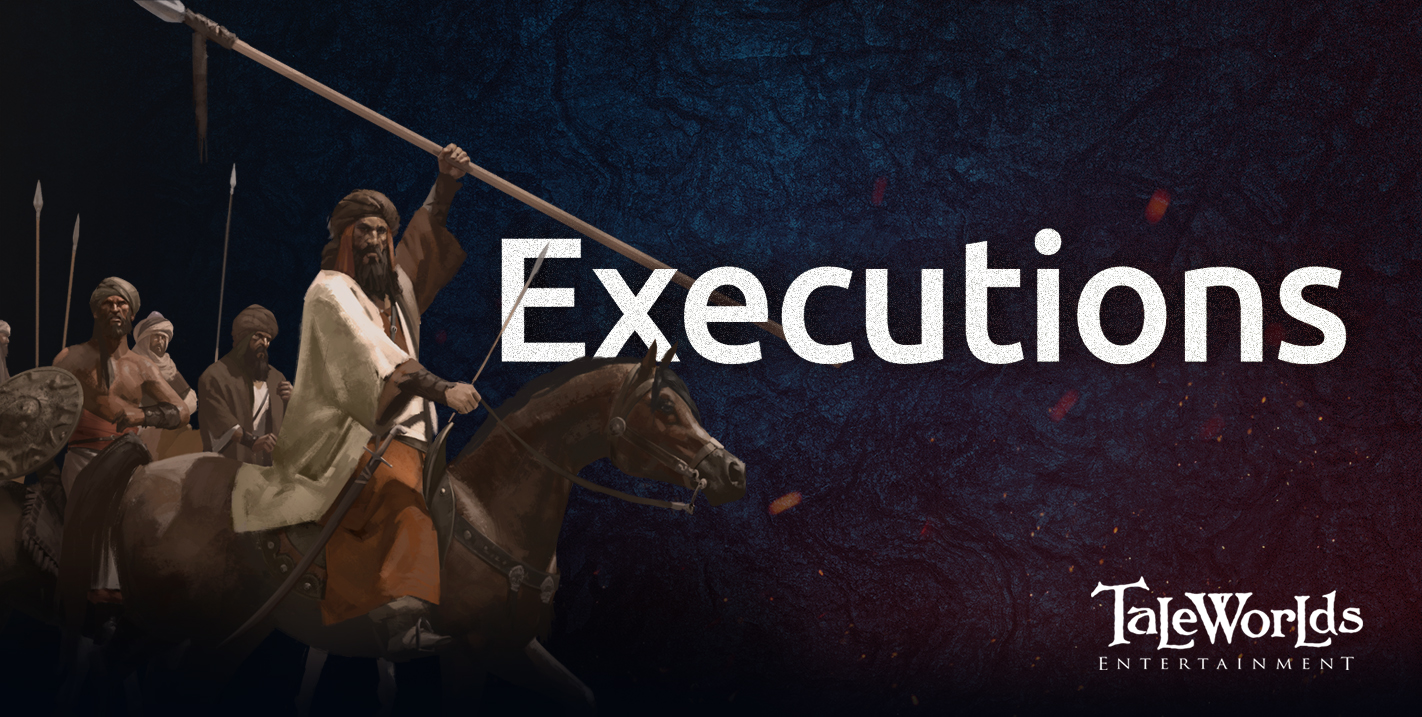 In Mount & Blade II: Bannerlord, you need to keep your head about you at all times. And with the game’s new death system, this rings especially true, lest your adventures come to an abrupt end to the executioner’s axe!

Executions make for quite a natural addition to the series. The medieval period is infamous for some of its troubling, if rather inventive, methods of execution. From dealing with treacherous vassals to striking fear into the hearts of the ruled, executions were a simple solution to otherwise complicated problems.

Our approach to this feature is like with most systems in the game: it should be simple enough to understand and use, yet achieves complexity through its interaction with the larger simulation. 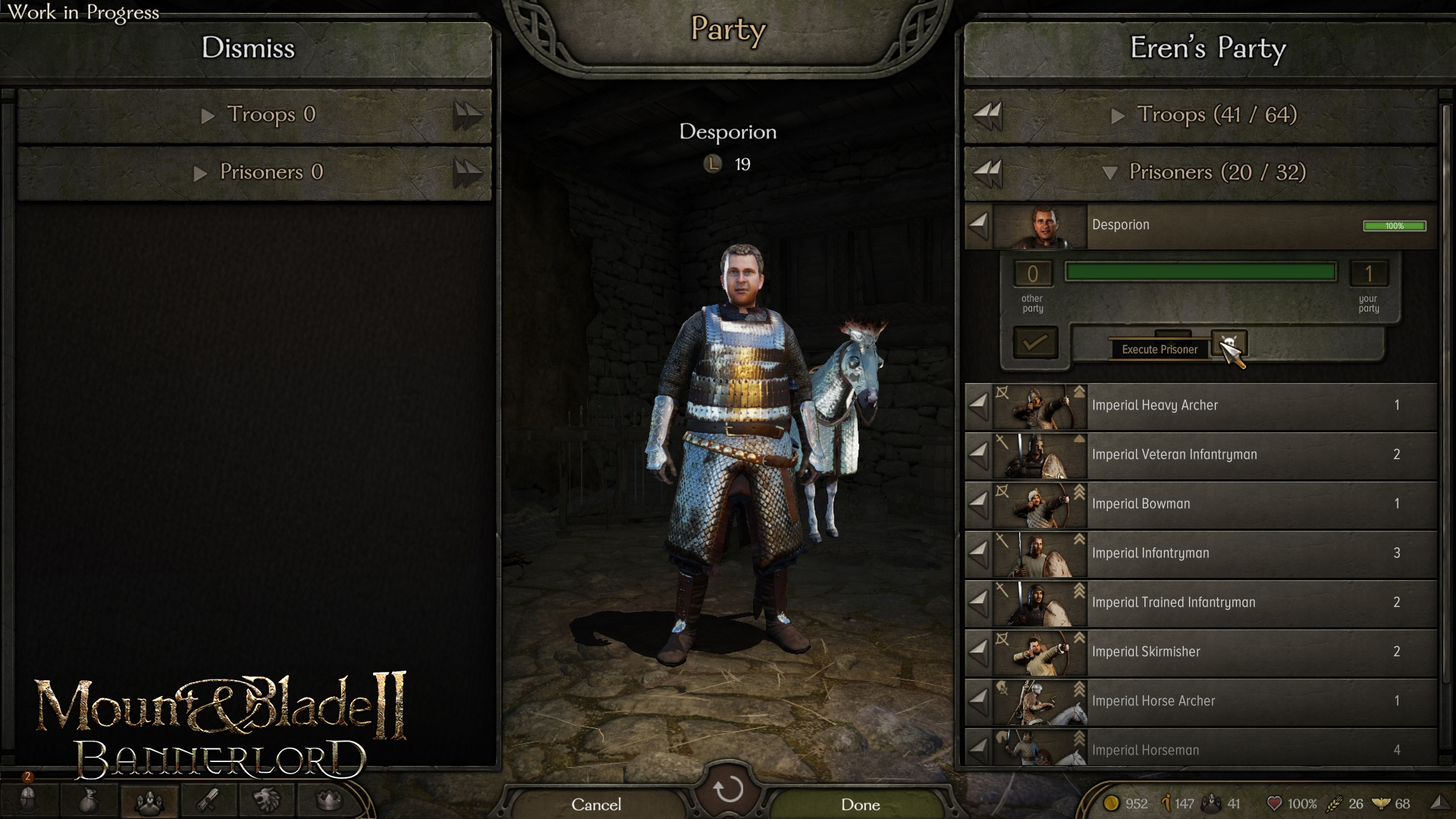 As shown in the screenshot above, players are able to execute characters through a button on the party screen. Choosing to do so leads to another interface for confirmation that the player wants to carry out this action, with a short animation that follows if the player decides to press ahead. The execution itself has a number of consequences that help to ensure that it is a powerful, yet costly action. These consequences differ in severity depending on whom the player chooses to execute. Executing a dishonourable lord is a lot more acceptable in the eyes of your peers than killing an honourable one, but it is still frowned upon. After all, lords are part of the ruling elite, and such punishments are not befitting of their status! Likewise, the executed character’s clan and faction won’t take too kindly to seeing one of their kin slain in such a manner, and as such, relations between the two sides will be severely affected. What’s worse, executing an honourable lord will decrease your own honour rating, so you may end up being marked as dishonourable yourself. 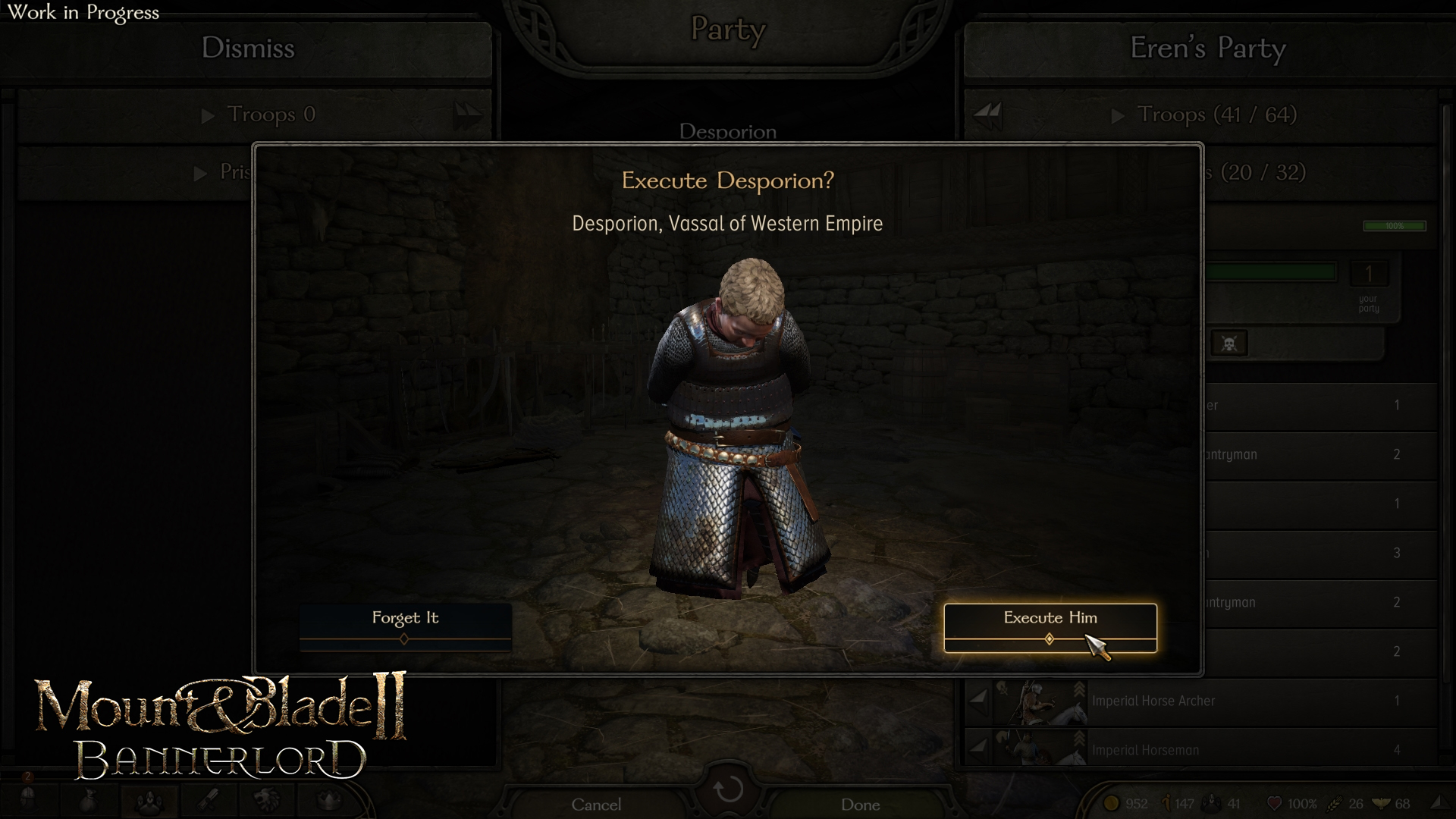 If you do end up as dishonourable due to executions you carry out or for any other reason, it’s not exactly the end of the world. You’ll receive some penalty to your relation with most other nobles, but you can still make it work. However, you will now need to be very careful. Executions are an option available to AI lords as well, and now that you are dishonourable, your enemies will be much more likely to chop your head off if they manage to capture you. When deciding whether or not to execute the player, the AI lord’s personality, the honour rating of the player, and the relationship between the two are all taken into account.

In the end, we think that executions are a solid addition to the game. Like many of Bannerlord’s mechanics, if used wisely, it can help to further your goals within the game. Likewise, it opens up new avenues for roleplaying and feeds into the emergent narrative that the sandbox encourages.