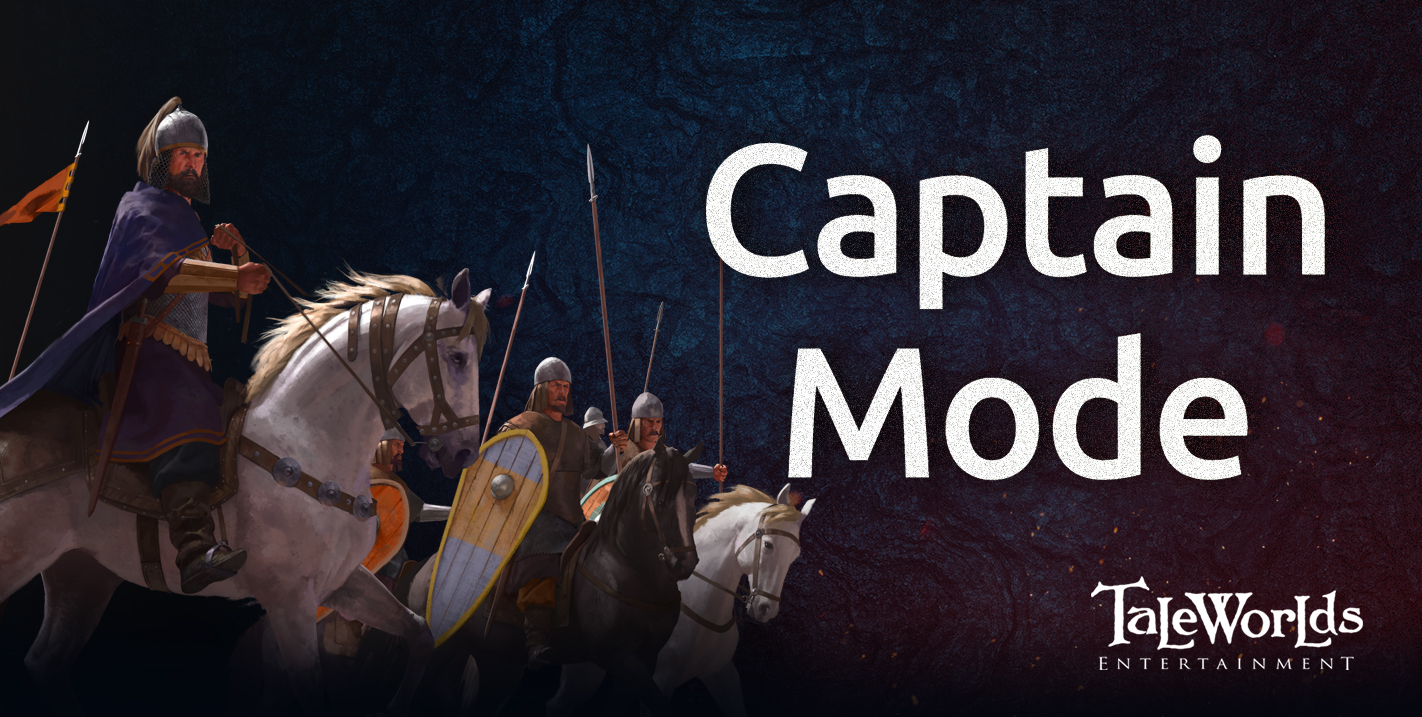 As Bannerlord’s multiplayer beta draws ever closer, we thought it would be a good time to discuss another of the game’s exciting game modes: Captain Mode.

With Fire & Sword and Napoleonic Wars veterans will already be somewhat familiar with the concept of Captain Mode, with a rudimentary version of this game mode appearing in both of those games. Likewise, if you have been following the development of Bannerlord for some time now, you will know that we took Captain Mode to gamescom back in 2017 and perhaps saw one of the videos we put out around that time. But for those of you who are unfamiliar with Captain Mode, allow us to give you an overview.

Captain Mode is a multiplayer game mode that pits two teams against each other in a player-vs-player battle, with each player having command of their own detachment of AI troops. With Bannerlord, the game mode has been revamped to provide players with a more structured and enjoyable experience, and on a much larger scale than was possible in our previous games. It shares some of its mechanics with Skirmish, which we talked about a few weeks back, but there are a few distinct differences between the two, other than the bots of course!

Like Skirmish, Captain Mode makes use of our new morale mechanic, which is something that was introduced to encourage players to engage with the enemy throughout the course of a round. The morale system is tied to capture points on the map, which teams can control to diminish the enemy team’s morale. If a team’s morale is completely depleted, then they are considered to have been driven from the field of battle and lose the round. Likewise, if a team is completely wiped out, then they will lose the round. But, this is pretty much where the similarities between the two modes end.

In Captain Mode, both the player and their troops have a single life. However, players have the option of switching to one of their troops upon the death of their character. Allowing players to take control of their bots upon death was something that we felt made a lot of sense. After all, they are playing the game, not watching it, and allowing players to take control in this way means that there is less downtime, and more opportunities to take part in the action! And in this game mode, it is actually rather essential that we allow this as it helps to prevent players from sniping enemy captains with the intention of cutting the head off the snake, so to speak. You see, in Captain Mode, there is actually a lot of cross-over with what you would expect from a single player battle. You have full control over your troops, meaning you can issue commands and change formations at will. And with this being a player-vs-player game mode, we knew that it would be important for players to retain control over their troops, even after death. Our solution was to enable players to do this, but only by exposing themselves to risk by stepping back onto the frontlines alongside their troops!

Balancing Captain Mode has been a little tricky because there are simply so many factors at play, and admittedly, we still have some work to do on this front. Mainly, the balancing issues arise from the AI detachments that players can lead into battle. Bannerlord’s multiplayer features six unique factions, and no two troops are the same: each has their own loadout and stats, which are tailored to their role on the battlefield. We found that the best way to balance the factions and troop types across the board was to configure the number of troops that each detachment can hold based on their troop type. So, for example, if a detachment of light infantry can field 30 men, then a detachment of heavy cavalry in the same match would only have 12.

With that being said, in Captain Mode, and well, with Mount & Blade games in general, individual player skill counts for a lot! However, Captain Mode aims to strike a balance between the individual skill-level of a player and their tactical prowess. This means that players that perhaps aren’t the best with the combat system in the game can still be highly effective in Captain Mode, purely through using superior strategy and tactics, and by effectively communicating with their teammates of course!

Overall, we feel that Captain Mode makes for a fun, fast-paced, team-based game mode that encourages communication and teamwork while allowing players to shine through either their individual combat skill or tactical prowess. 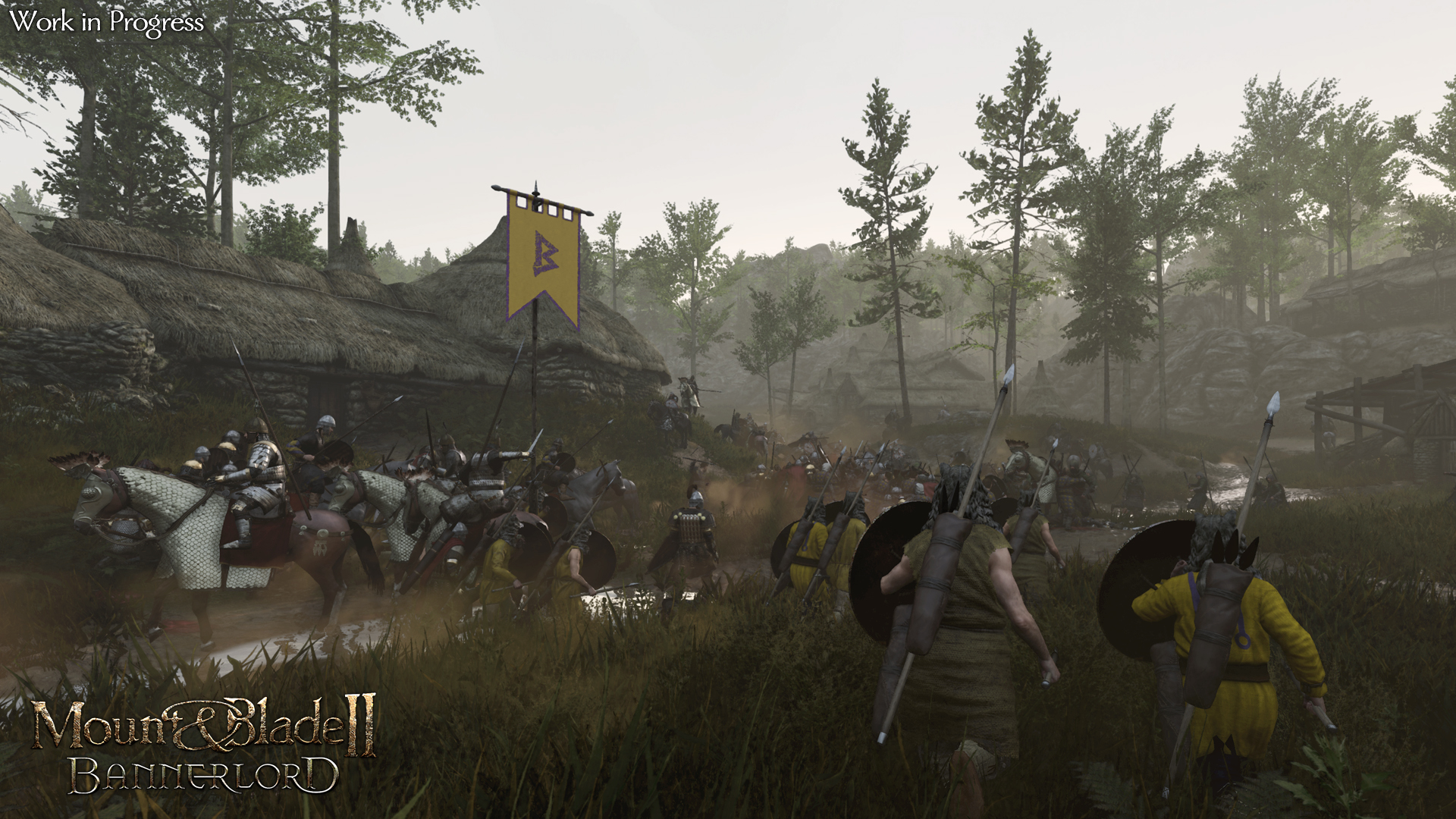 In next week’s blog, we will talk with the lead programmer of the campaign team, Ömer Sarı. If you have any questions you would like to ask him, please leave a reply in the comments and we will pick one out for him to answer!

Join the conversation and comment on the forums! (177 comments)