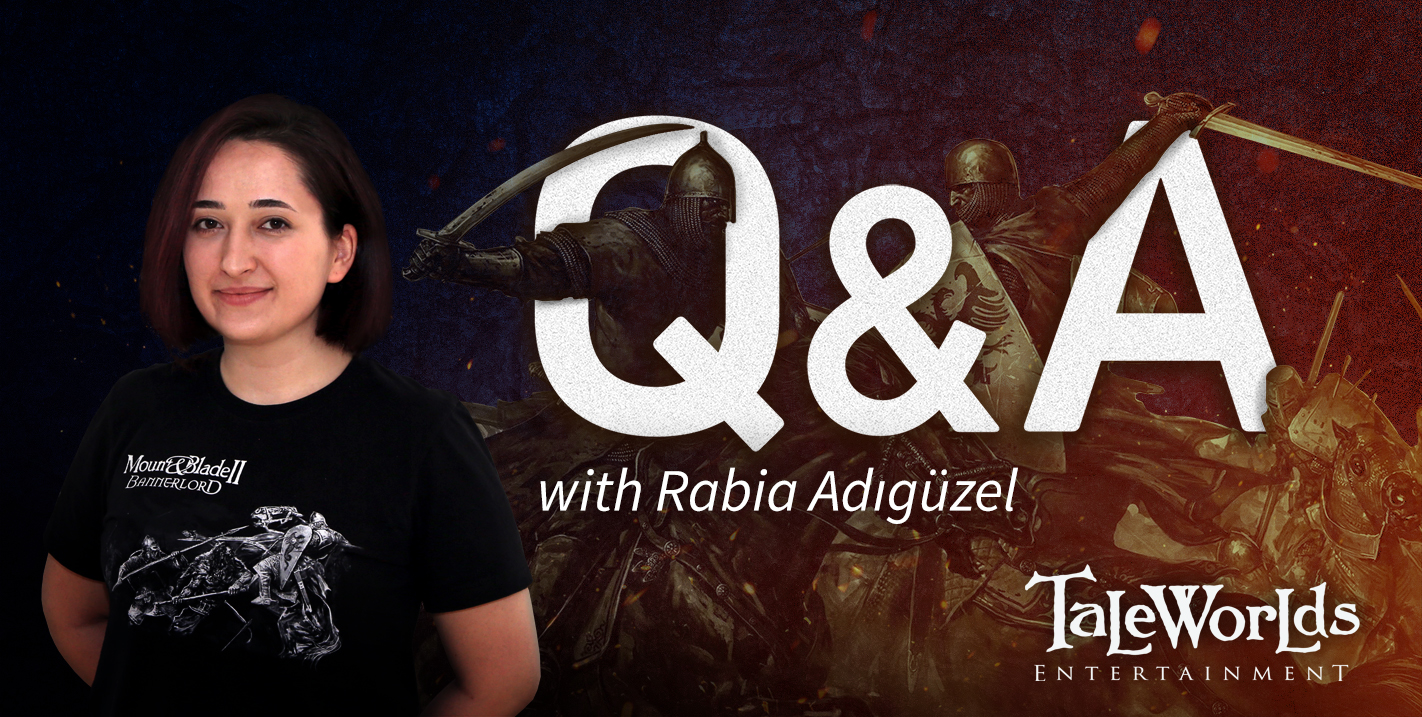 Mount & Blade II: Bannerlord’s deep and immersive sandbox doesn’t just facilitate an emergent narrative, it actively encourages it. And while the game includes quests and tasks to help guide you on your travels, ultimately, you are free to chart your own course and plot your rise to power using the many different game features at your disposal. In this week’s blog, we talk with, Rabia Adıgüzel, one of our campaign team programmers who is responsible for ensuring that these different features and systems work together, and provide you with an engaging and fulfilling experience during your adventures in Calradia!


WHAT DO YOU NORMALLY DO DURING YOUR DAY?
“In the morning, I usually set a daily goal for myself according to my assigned tasks, like “I can finish this today!” or, in the case of major tasks, “I can make that much progress today!”. In general, I’m working on campaign-related stuff like town management, conversations, quests, character system, game menus, etc. But of course, we switch between tasks and help each other, both in our team and the other Bannerlord teams.

We have a short in-team meeting every day where we share information and updates with each other about what we are working on and the progress we have made. Sometimes I join design meetings about campaign-related issues. I also deal with the bugs that our QA team encountered during the day, which often involves a funny bug that I try to solve -- I don't know why, but they always come to me! :D”

WHAT DO YOU LIKE THE MOST ABOUT BANNERLORD?
“Not just about Bannerlord, but all of the Mount & Blade games; I really like that the game is the combination of different game types in a sandbox setting. Even if you start the game for the hundredth time, it always welcomes you with a different story.

There is more than one thing that I like in Bannerlord for sure. But I really like the little, tiny details that make a feature more powerful and intertwined with other features. For example, when you are in Khuzait territory, you see mounted bandits more often. This tiny detail supports the Khuzait cultural background and lore and is connected to the recruiting system. And another example; we already have quests and town management, but they are separate features as RPG and strategy elements. We implemented a tiny connector named “Issues”. When there is an “Issue” in a settlement, the settlement’s morale, food, prosperity, etc. decreases. If the player wants to solve this issue, he/she solves it with a quest. With this system, quests are not just an RPG element anymore and take on more of a strategic element.” 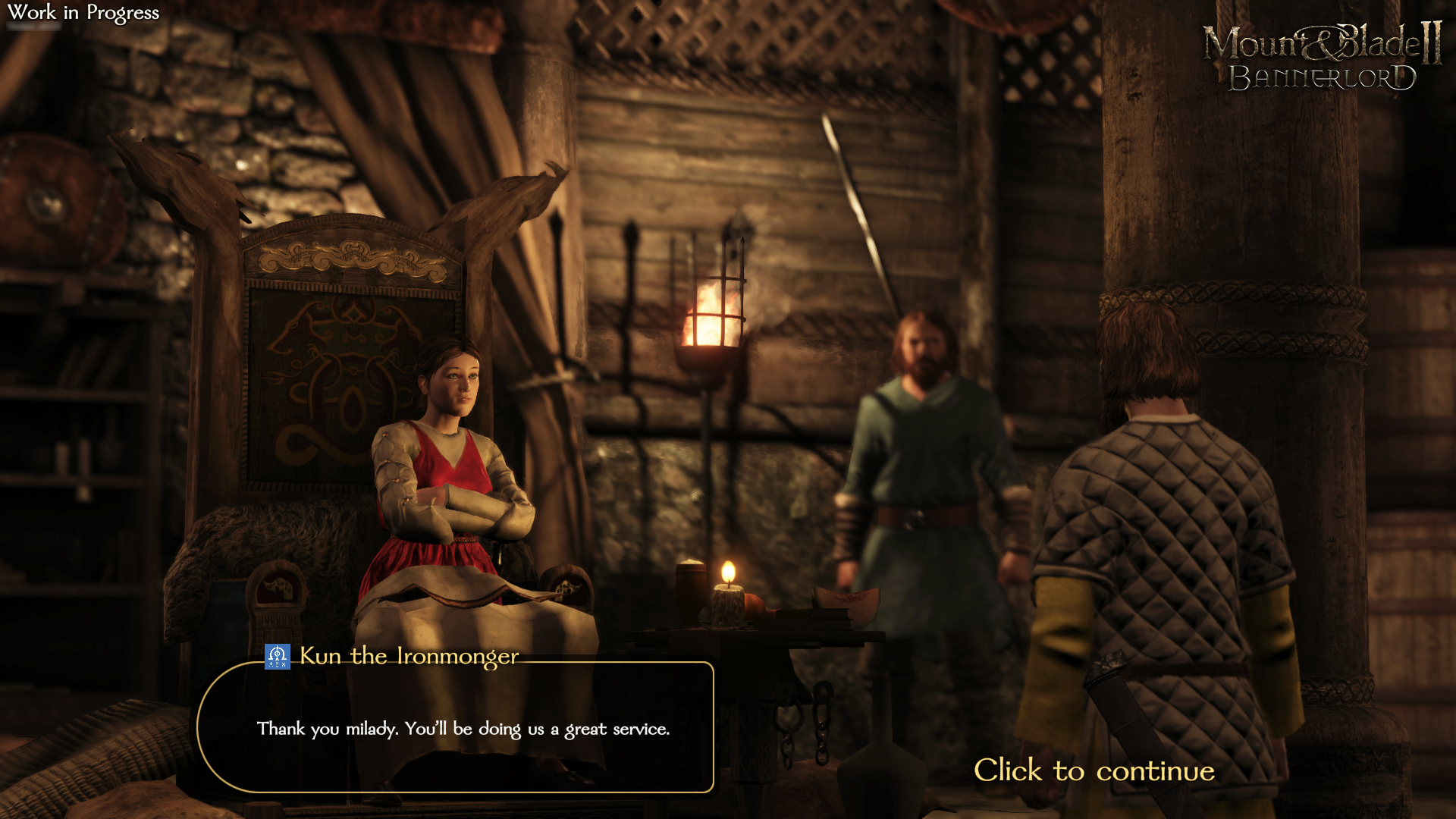 WHAT'S THE MOST DIFFICULT THING THAT YOU SOLVED SO FAR, DURING THE PRODUCTION OF BANNERLORD?
“I think the most difficult thing that I dealt with is implementing the “Death” feature for the player. But, in all honesty, it was also very fun at the same time! I feel like a Shinigami when I arrange and calculate how and when people will die. I was ok for the NPCs, but for the player, when it came to switching to your heir, that situation generated too many bugs. So fixing those bugs was the difficult part but, *cheers*, thankfully they are all gone.

Another point to mention is that, and well, maybe it’s not the most difficult thing, but when we are developing the game we always have to think about modability. Including modding to the process makes development a little slower and harder, but when I think of all of the fantastic mods for Warband, it definitely makes it worth all of the effort!”

WHAT DO YOU CURRENTLY WORK ON?
“Currently, my main focus is the Save & Load system. We are switching to a better Save & Load system, which will be more flexible for updates, so the majority of my time is taken up by preparing the game for this switch.

In addition to this, I am also making improvements to the Death & Inheritance features.”

WHAT FACTION DO YOU LIKE THE MOST IN BANNERLORD?
“What I like doing the most on the battlefield is fighting with a two-handed sword on a fast, strong horse, that my enemies cannot catch. Although I’m not the best of players, I really enjoy this playstyle. And the faction that fits the best for my expectations is Battania!

I also feel like Battania is the most intertwined with nature. I mean, look at their kingdom banner, it’s a druid sign! :D

Furthermore, I like the way that they build their cities with a respect for nature.”

WILL THE CHARACTER AGE AND GET OLD SO THAT YOUR CHILDREN CAN TAKE OVER ONCE YOU'RE OLD AND DYING? DO YOU GET TO CHOOSE WHICH OFFSPRING YOU TAKE OVER AS?
“Yes! In Bannerlord, the player can die because of old age. At first, the player gets sick. Then the player’s hitpoints start to reduce daily. After a certain time, death occurs. During the decline of their health, the player can arrange his/her final wishes then, when the death occurs, the player selects an heir from one of his/her clan members that are suitable and mature. Then, the cycle continues. This process also applies by AI lords too.

Also, every mature hero can die on the battlefield (but this is optional for the player)."

WILL VILLAGES BE CAPABLE OF PRODUCING ANY RESOURCE, OR ARE THEY DEPENDANT ON THE VILLAGE POTENTIAL?
“We have different types of production in the game, like different types of horses, fish, cheese, grain, etc. Villages can choose between a range of these village production types, but the distribution of these production types is based on the region of the village. For example, villages near the sea or a river can produce fish, but an Aserai village that is in the desert can not.” 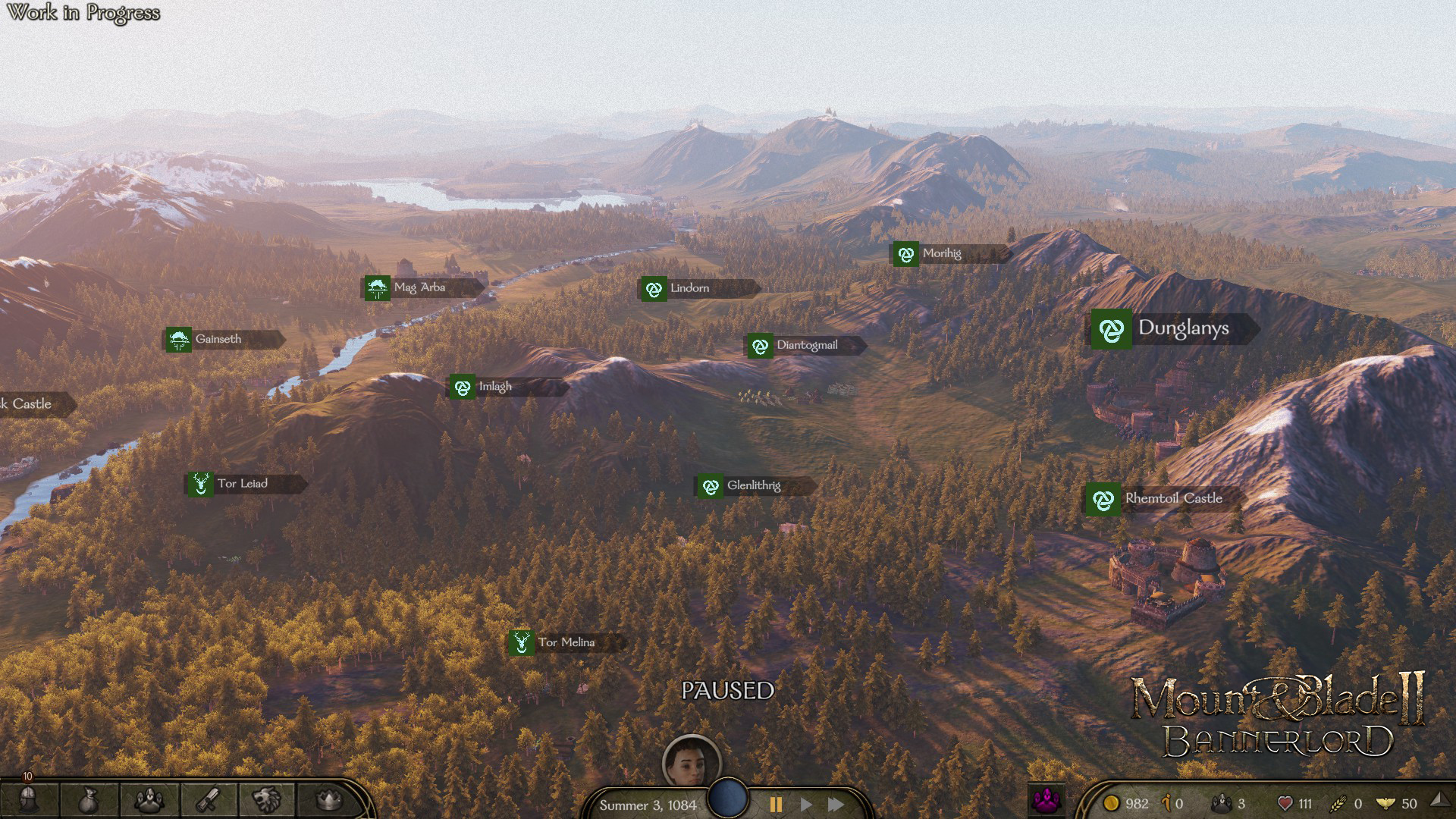 Join the conversation and comment on the forums! (194 comments)