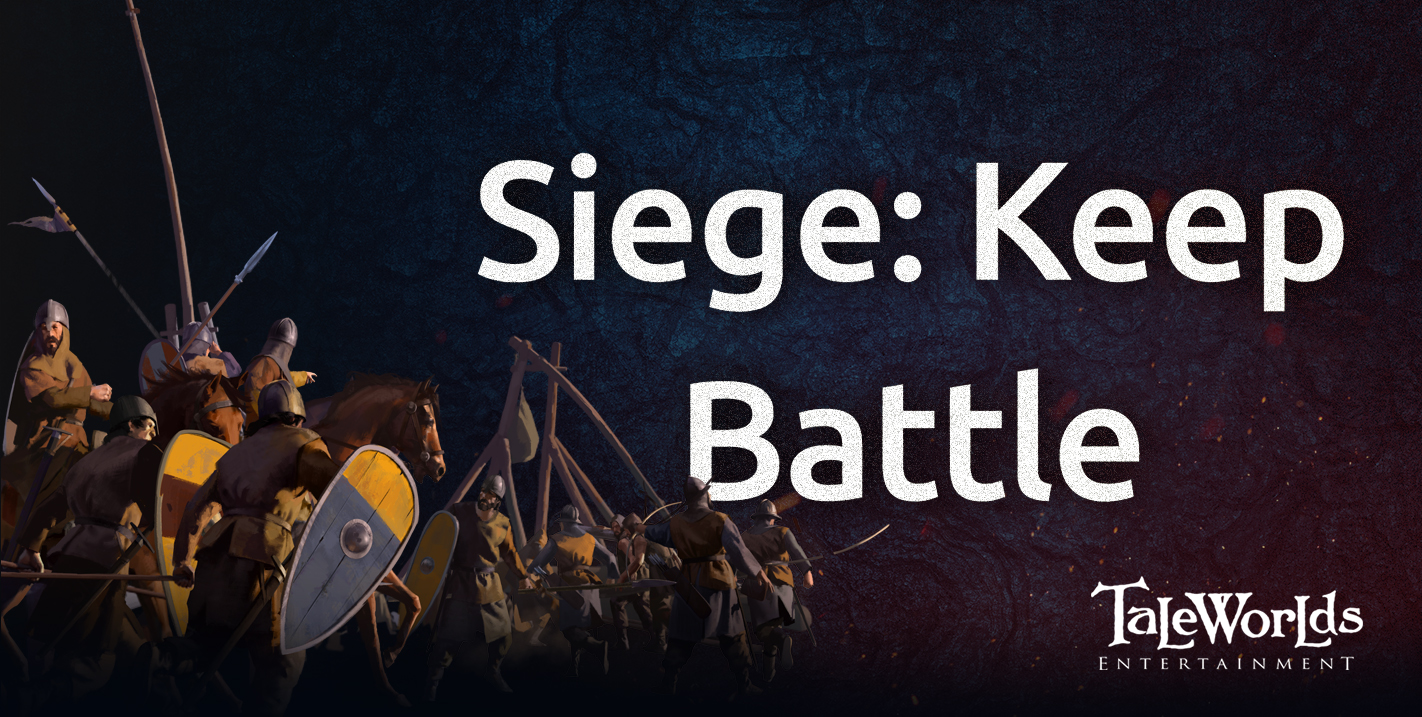 Sieges are at the very core of the Mount & Blade experience. They are brutal affairs, the outcome of which can change the entire course of a war. And in Bannerlord, where villages and their respective resources are tied to castles, this is especially true, as the loss of a castle could result in the loss of a vital resource which is needed to feed the war machine.

In a previous blog, we discussed siege engines and the role they play in the initial stage of Bannerlord’s epic sieges. Breaching the castle curtain and gaining a foothold on the inner defences is of the utmost importance, however, in some instances, this isn’t enough to claim a castle outright. The defenders may rally what is left of their forces and retreat to the relative safety of the keep to make their last stand. In this week’s blog, we will discuss what happens in this exact scenario by taking a look at the tail end of sieges; the final push to capture the keep and secure, kill, or drive out the last remaining defenders.

Keep battles present players with a different challenge from the standard field battles that make up the majority of Bannerlord’s engagements. Cavalry is of no use, and ranged units are somewhat limited in how effective they can be, especially for the attacking force. This severely limits the tactical options available to both sides, and instead, the focus is shifted almost entirely to the game’s skill-based directional combat system in a brutal hand-to-hand showdown. Because of this, we knew we had to think carefully about the design of keep battles, in terms of both gameplay and immersion.

Our solution was to look towards the design of the scene to help to control the flow of the engagement. The scene where the battle takes place is that of the actual castle keep itself, so if you want to do a bit of reconnaissance before engaging in hostilities, then you can explore the lord’s hall of your intended target before going to war. However, you might notice a few changes when the time comes to assault the keep! The defenders don’t retreat to the keep to sit and twiddle their thumbs. Instead, they are in there preparing their defence for the final assault.

To make these changes to the scene, we make use of the same feature of our map editor that allows us to create varying levels of walls and defence structures for towns and castles. This system enables us to make changes to the layout and design of a scene on separate layers, with the game loading the appropriate layer when the player enters the scene. For keep battles, this allows us to create more believable scenes for battles to take place in, with tables, chairs and barrels hurriedly arranged into defensive barricades and choke points by the defenders. We also adjust the spawn points for the defending side to ensure that their ranged units are positioned in vantage points overlooking the lord’s hall, (think the Red Wedding, but with more red and less wedding!).

One issue that we had to consider while designing keep battles was unit numbers. With limited space being the deciding factor at play, we opted to make use of respawn waves for both the attackers and defenders, rather than trying to cram too many units into the scene. We want the gameplay to be fun and enjoyable, and if there isn’t space to swing your sword then it just becomes a frustrating chore to clear a keep rather than an engaging experience. In other words, in this particular instance, bigger certainly isn’t better. 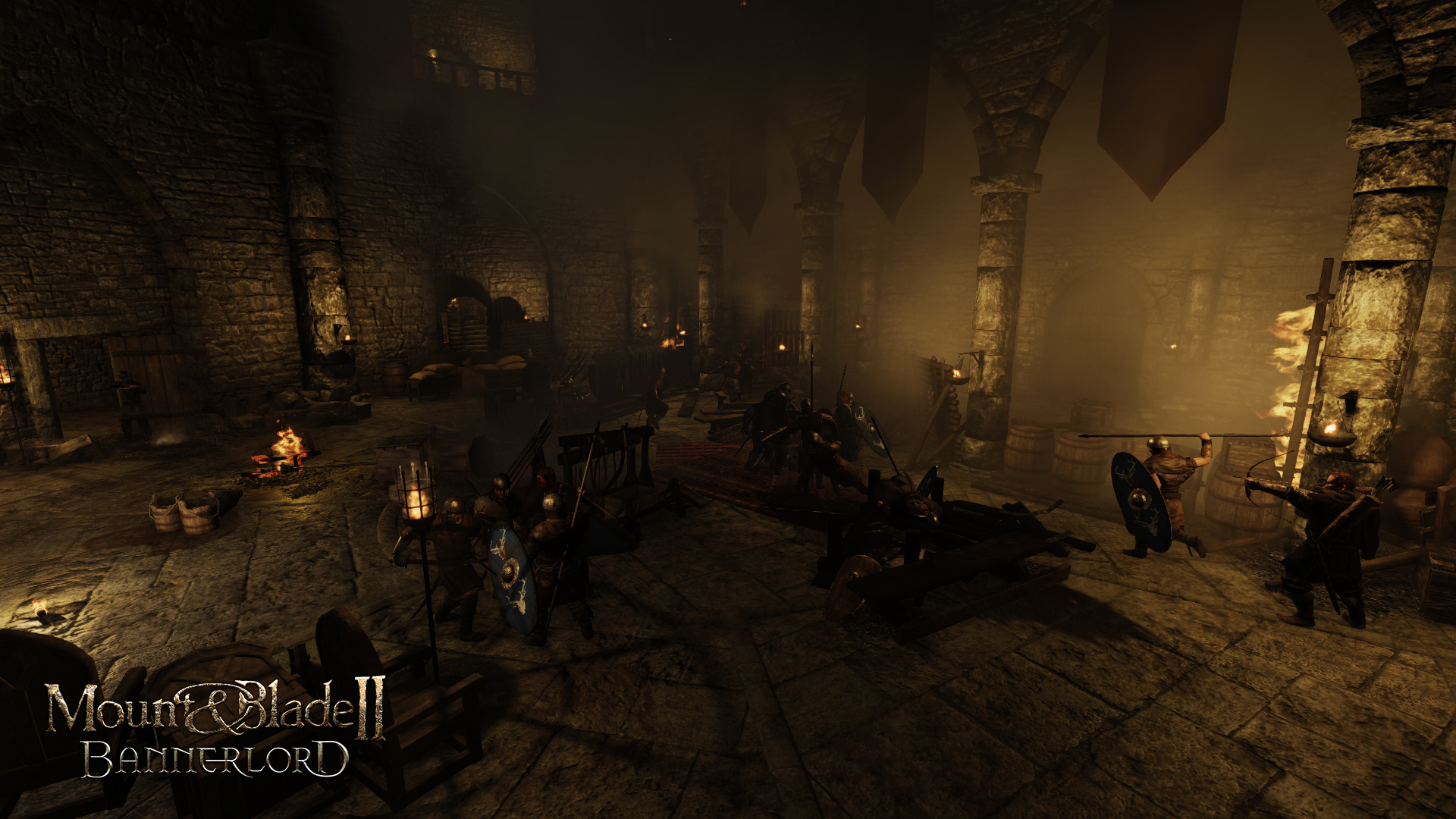 The significance of keep battles should not be underestimated. All of the hard work that precedes this final bout can be for naught if the keep holds firm and manages to withstand the assault from the attacking force, and in turn, break the siege.


In next week’s blog, we will be talking to a member of our campaign team, Gameplay Programmer, Rabia Adıgüzel. If you have any questions you would like to ask her, please leave a reply in the comments section and we will pick one out for her to answer.

Join the conversation and comment on the forums! (143 comments)