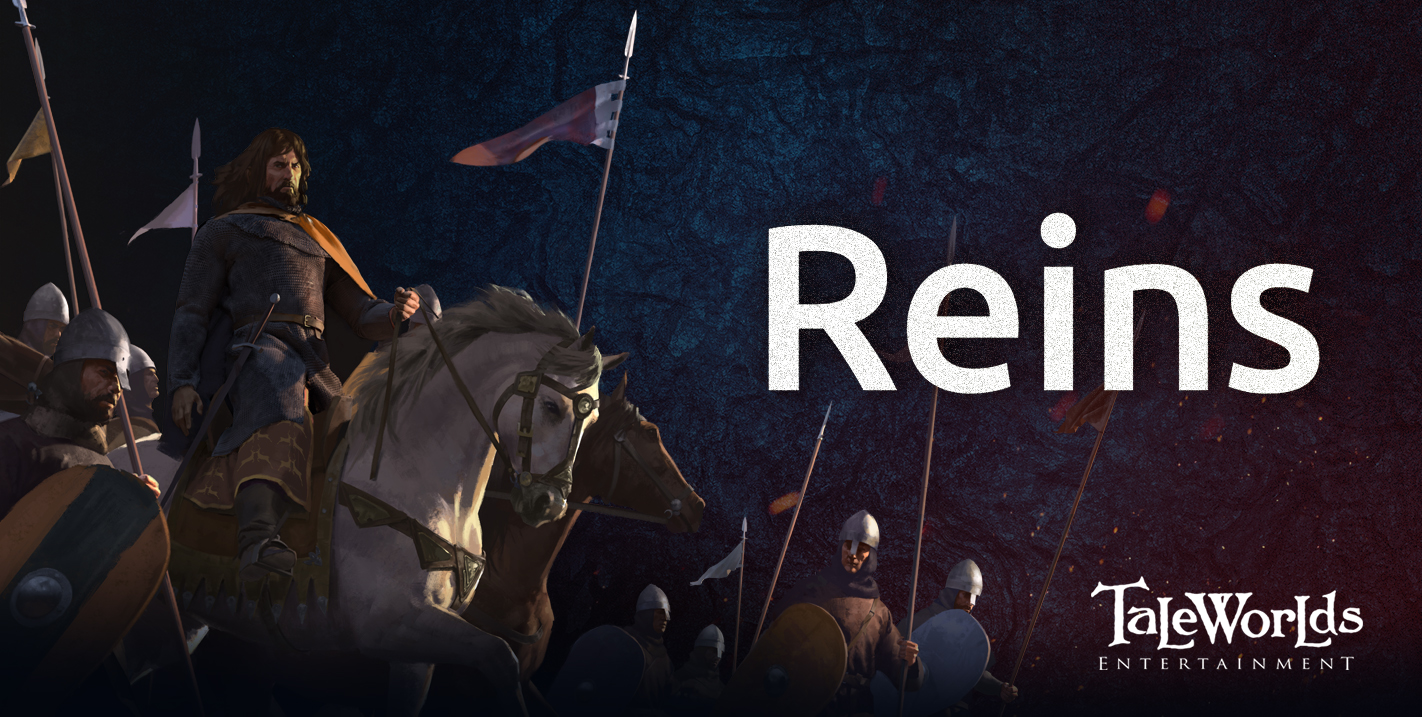 As you know, riding and mounted combat is one of the focal points of our games and we strive to make that aspect as fun and visually appealing as possible. With Bannerlord we have added the ability for players to equip their beloved horses with different kinds of saddles and equine armour. However there was a key piece of equipment that didn’t look as well as it could: reins were left to hang over the horse’s neck in a static, lifeless manner, instead of being held in your character’s calloused hands as they should. This, of course, would not do. We had to take the development process by the reins and fix this glaring inaccuracy! (Excuse the terrible pun.)

Well, attaching the reins to the rider's hand sounded simple enough. We already have a cloth physics system implemented in Bannerlord that we use for everything from horse manes to, well, clothes. So we figured we could apply this system to reins as well. Unfortunately, there was just one teensy problem. Unlike ordinary use cases for cloth physics, where the cloth can usually flap and waggle freely on one end while being firmly attached to a pole or something on the other, reins need to be attached on both ends (one end to the bridle and the other to the rider’s hand, for those of you who may not be up-to-date on how reins work...). Moreover, in our case, those two ends tend to operate more or less independently. Your ever-hungry loyal steed drops its head and starts grazing any time you stop by a nice patch of grass, and your character’s hands move all over the place while you turn around on your horse or give orders to your troops, etc... This meant that the reins would stretch abruptly and look completely unconvincing.

Now, in Taleworlds, whenever we run into a problem, we do one of two things: We either lock ourselves into the meeting room with a jug of coffee and brainstorm until we find a solution, or we skip that step and go and use inverse kinematics. In this case, we employed the second approach. Using inverse kinematics we made sure that the rider’s hand would stay more or less in a position close to the horse’s neck. Combined with some small fixes to animations, this worked great and we were able to get the look and feel we were aiming for.

Of course, you may be worried about how all this will affect gameplay, but please, have no worries. We were pretty insistent before setting out to make this change that it shouldn’t impact gameplay in any way, and so, when the rider takes any sort of action, such as attacking or defending, the character drops the reins to perform the action without any sort of interruption. Once the attack or defend animation is complete, the character picks up the reins again. Of course, you can still steer the horse as normal during the time you dropped the reins. And before you ask, yes that is completely historically accurate. Medieval warriors dropped their reins and steered their horses by shifting their weight on the saddle and projecting thought waves all the time!

The system is still a little bit rough around the edges and we plan to refine and polish it over the upcoming weeks. But overall, we think it’s a great feature that adds to the overall aesthetics of the game.

That’s all for this week. If you have any comments or suggestions or just want to point out to the fact that there is no release date yet and that we made up that bit about thought waves, go ahead and join in the discussion below. We look forward to reading your feedback!

Join the conversation and comment on the forums! (194 comments)