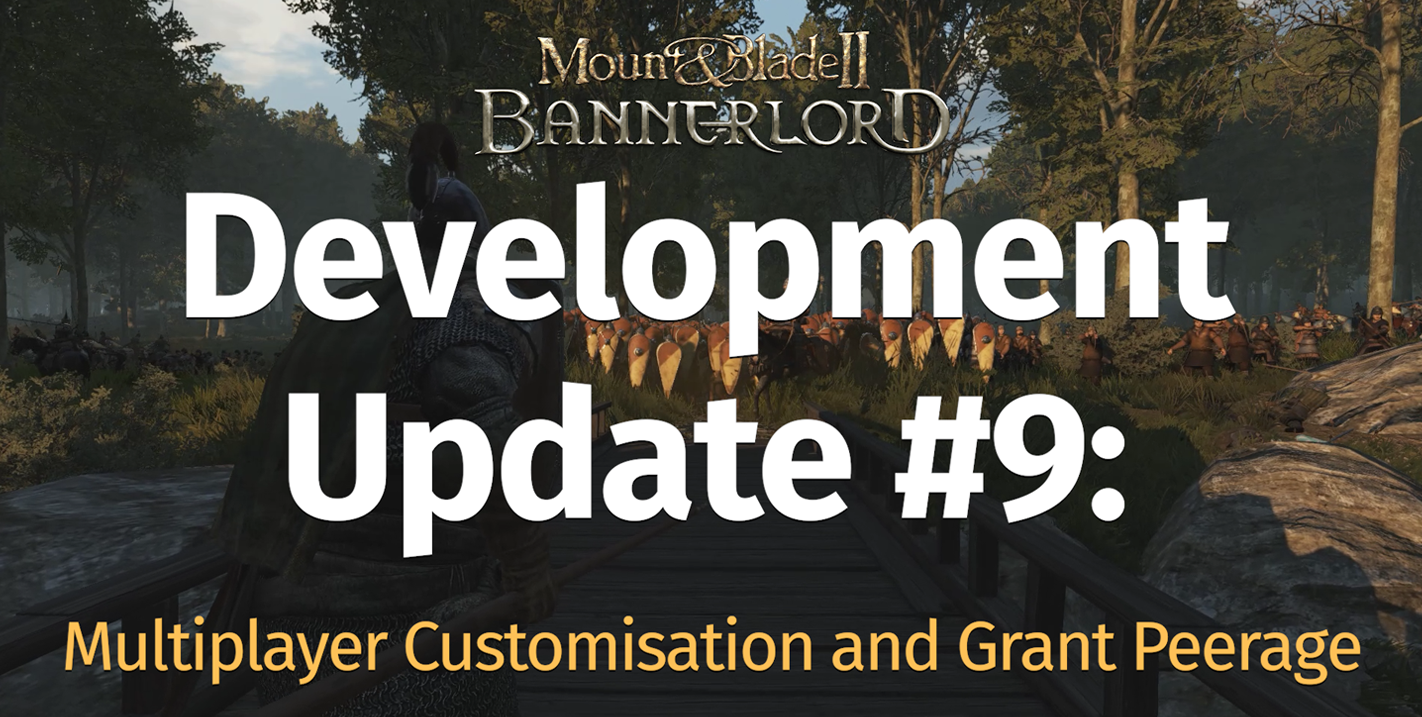 In this Development Update video, we take a look at some of the recent additions to the game that you can jump in and experience straight away!

As always, you can find a text version below.

The past few patches contained some significant updates to the game, multiplayer in particular, so with e1.6.4 now live, we wanted to share a Development Update video to highlight some of the new additions that you can jump in and experience straight away!


MULTIPLAYER CUSTOMISATION SYSTEM (e1.6.2)
e1.6.2 saw the introduction of a new multiplayer customisation system that rewards you with Loot simply for playing the game.

Loot can be used to unlock different armours and clothing for your character and troops, allowing you to customise the appearance of each troop for each faction, while still retaining the look and feel of the selected class and culture.

Additionally, Loot can be used to unlock various Sigils to display on your banner and shield.

This update allows you to inject more of your own personality into your multiplayer character and will, in time, allow friends and foes to identify you on the battlefield from your appearance alone.


MULTIPLAYER CHEERS (e1.6.3)
With e1.6.3, two additional multiplayer updates arrived to help you when it comes to further expressing yourself and communicating with other players.

Cheers are short animations that can be used to encourage your teammates or taunt your opponents in equal measure, allowing you to celebrate those special moments and acknowledge other players in a more personal way.


MULTIPLAYER SHOUTS (e1.6.3)
And alongside Cheers we have Shouts.

Shouts have a more direct impact on gameplay as they allow you to quickly and effectively communicate with your teammates using a selection of preset commands.


MULTIPLAYER MVP (e1.6.3)
If you plan to peacock around in your shiny new gear, shouting and cheering, then you need to be able to prove that you’re worth your salt. The addition of the most valuable player award in e1.6.3 allows you to do just that, by highlighting the standout player from each team every round.


MULTIPLAYER SCORING SYSTEM (e1.6.3)
But, just before you jump in and try to climb the leaderboard with the bodies of your victims, you should know that it’s not all about top fragging! Alongside the MVP system came a change to how player scores are calculated, with less emphasis placed on final blows, and more on teamwork and recognising each player’s contribution.


MULTIPLAYER BADGES (e1.6.5)
And for the final addition on the multiplayer front, looking ahead to e1.6.5 we have a number of new progressive multiplayer badges that can be unlocked by completing different challenges.


GRANT PEERAGE (e1.6.3)
Well, with all of those huge multiplayer updates it would be fair to think that singleplayer might have taken a bit of a back seat... but you’d be wrong of course!

e1.6.3 saw the introduction of a much-requested sandbox feature: the granting of peerage to companions. This update allows you to elevate your companions to the ranks of the nobility, creating an entirely new family that you get to name.

Naturally, you will need to hold the top office to be able to bestow such honours on a commoner, as well as, a suitable fief to grant to your new vassal and enough reserves in your treasury to cover all associated costs.

Once your companion has received their new title, they will depart your court to be joined by distant members of their family in their new home, serving under your rule.


SPEAR BRACING (e1.6.2)
And as head out on the customary test run with your new gear, make sure to check out the Spear Bracing combat mechanic that was implemented to singleplayer battles and sieges in e1.6.2.

Spear Bracing poses a fresh challenge to cavalry while offering new tactical options for you to explore.


TAVERN ARTWORK (e1.6.3)
As always, we continue with our efforts to make Bannerlord a more immersive experience that draws you into the world of Calradia, often in subtle ways.

One such way is the game’s extensive collection of artwork which, in e1.6.3, was further expanded with the addition of a new tavern menu background for each major culture.

Betting Fraud allows you to further explore your villainous side by working with gang leaders to bet on and fix tournaments.


BENCHMARK MODE (e1.6.4)
And finally, e1.6.4 saw the addition of a new benchmark mode that allows you to put the game through its paces, testing both your CPU and GPU performance. The benchmark makes use of a scripted battle to give consistent results across different settings and hardware, with an option to export the final results upon completion of the test.


OUTRO
And that’s it for Development Update #9. Thanks for taking the time to watch the video, we really hope you enjoyed it!

If you have any thoughts or comments on any of the featured updates, please make sure to leave a reply in the comments section below.

Thanks again, and we hope to see you next time!