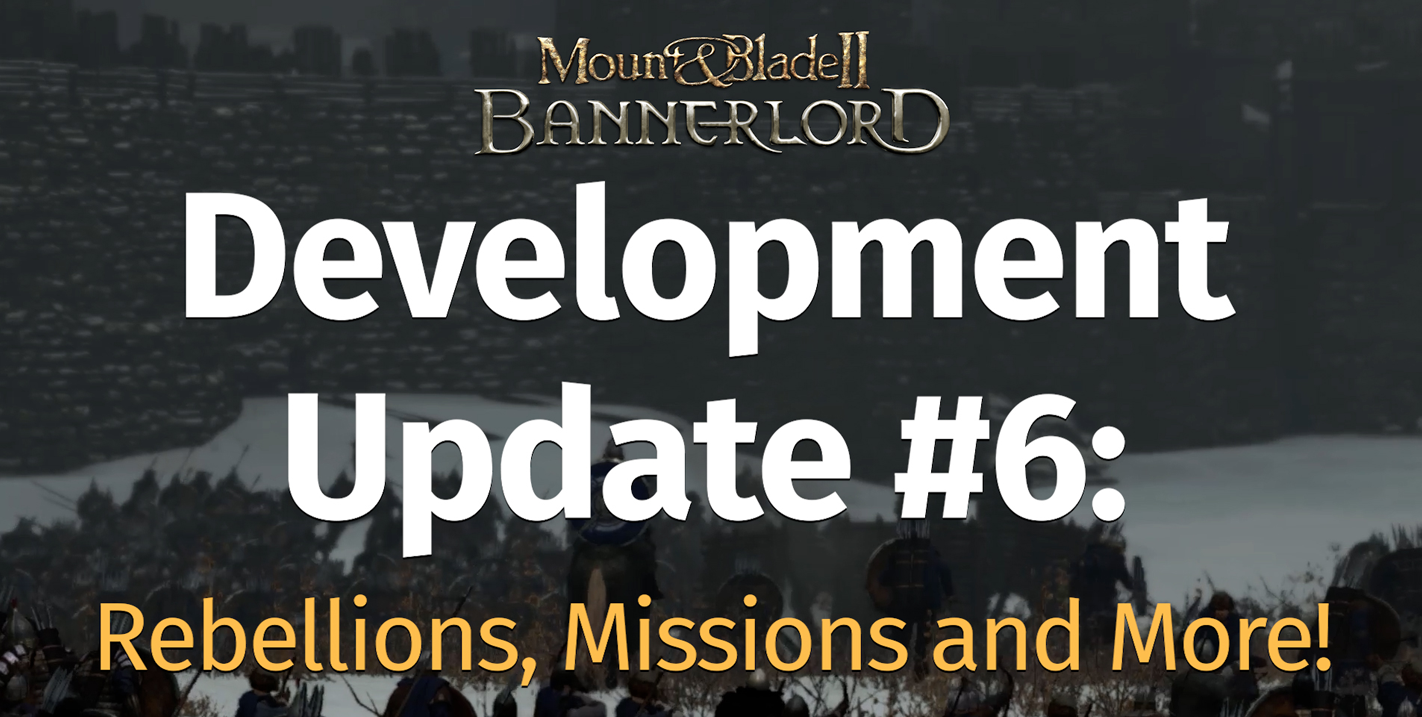 It's about time for another development update, don't you think? In this video, we take a look at some upcoming changes to the game, including two new mission types.

We hope you enjoy the video and we look forward to reading your comments about the updates! And as always, a text version can be found below for those that prefer to read.

After a short hiatus, we’re back again with another development update! In this video, we’ll be taking a look at some of the updates that will be making their way to the live and beta versions of the game in the near future, as well as, a couple of new missions that are still in the works!

We hope you enjoy the video.

First up is the ability to grant and relinquish fiefs.

When playing as a faction leader, you will be given the option to grant fiefs to your vassals, allowing you to diversify the ownership of fiefs across your kingdom, or bolster relations with a clan that might not be too fond of your rule.

Similarly, when playing as a vassal, you will have the option to relinquish control of a fief back to the kingdom, allowing a new round of voting to start on which clan should receive the fief.

These changes will give you much greater control over your lands, allowing you to plan ahead without any unexpected acquisitions complicating matters.

Next, we have some new icons on settlement nameplates to indicate if there’s any issues or tournaments happening within a settlement, without needing to enter.

A new campaign setting has been added that allows you to disable the birth and death systems. Please note that you will need to start a new game to enable this option, and it can’t be changed afterwards, but the option is now there for those of you that are looking for a bit of a less dynamic and more familiar playthrough.

A few important changes have been made to the campaign simulation that we wanted to highlight, some of which are already on beta and others that are coming in the next updates.

First, AI characters are now able to get married. And second, being somewhat connected is the addition of many new AI clan members. These changes aim to ensure that most, if not all, clans have enough clan members to lead parties, as well as, to increase the overall population and longevity of clans through children.

Additionally, more efforts have been made to address snowballing, with upcoming changes that enable factions to make comebacks, even after losing a few settlements. This is achieved through a more even distribution of wealth within each kingdom through a shared treasury, allowing clans to stick in the fight for much longer!

Finally, an inflation-related issue that allowed kingdoms to keep generating wealth has been resolved to make for a more healthy and stable economy.

A new mechanic is on the way that grants companions and clan members that are outside of a party with a passive effect that improves player relations with non-hostile clans and notables. When left in a friendly or neutral settlement, the companion or clan member will no longer roam the map, and instead will act in a new emissary type role, using their charm skill to increase relations while earning XP.

A new rebellion feature is incoming with the next beta patch that enables unhappy citizens to rise up and seize control of settlements.

The loyalty and security of a settlement is affected by a number of things, such as if there is a culture mismatch between the settlement owner and its inhabitants, whether the town was recently captured, the strength of the garrison, kingdom policies, governor skills, and so on...

As the loyalty of a settlement decreases, more and more citizens will take up arms in the form of militia. Once the militia feels that they are stronger than the garrison, and providing loyalty is low enough, a rebellion will occur.

A new clan will then take control of the settlement and attempt to establish themselves and legitimise their rule. If they manage to hold on to the settlement for a period of time, eventually they will be recognised by other clans and will be able to initiate diplomacy with kingdoms.

Finally, we have the first of two missions that are a work in progress and subject to change, but that we wanted to share with you anyway.

Prison breaks allow you to break into enemy settlements and spring clan members, vassals, and friendly or neutral lords free from prison! If successful in breaking into a settlement, you will need to fight your way back out with prisoner in tow.

Naturally, breaking someone free comes at great risk to both you and the prisoner, especially when playing with death enabled!

And last, but by no means least, we have keep battles!

Keep battles present players with a different challenge from the standard field battles that make up the majority of Bannerlord’s engagements, with the fight taking place at extreme close-quarters in an enclosed space.

When assaulting a castle, you may find that the defenders decide to pull back their remaining forces to the castle keep to make a final stand. And it’s here where you will need to finish off the last of the defenders for the siege to be successful.

And that’s it for Development Update #6. We hope you enjoyed the video and we are looking forward to hearing your feedback about the changes in the comment section below.